Paper Mario: The Origami King – How To Use Toads To Cheer In Battle

Get by with a little help from your friends. 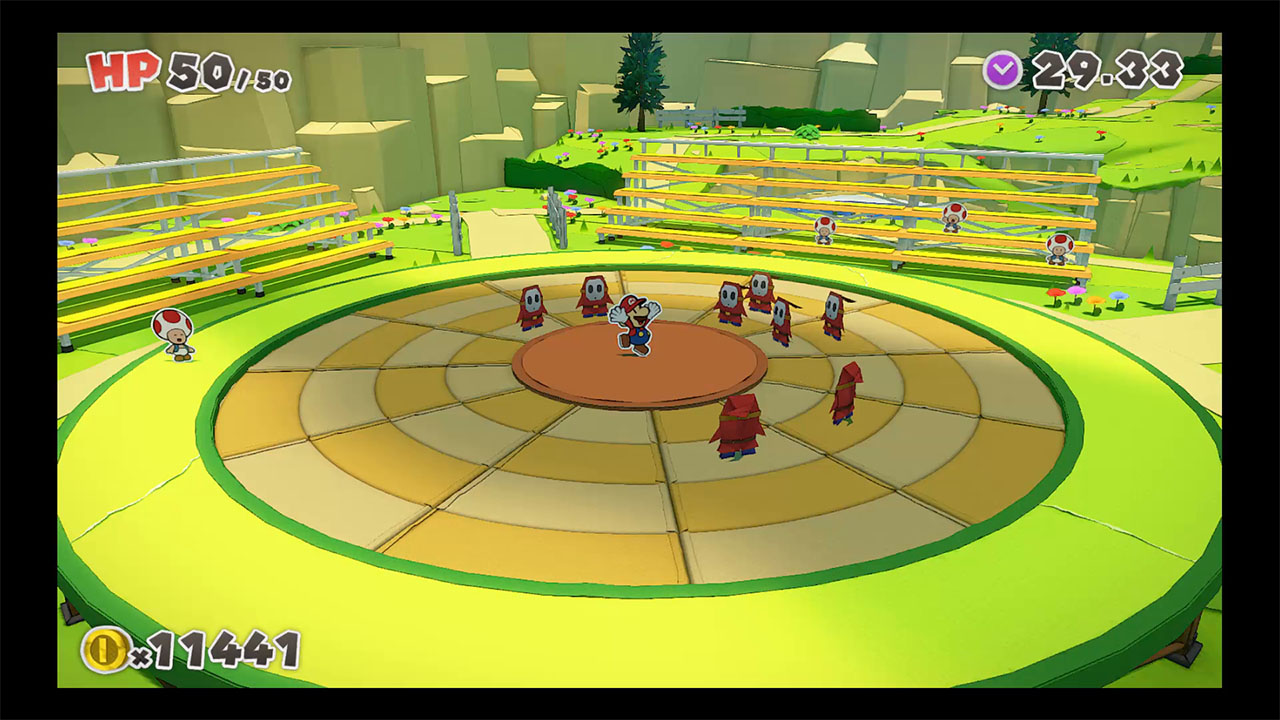 While there may be some controversy over the lack of unique character designs like in the earlier Paper Mario days, Paper Mario: The Origami King still has plenty of the classically designed characters you know and love from over the years. Toad is definitely one of the most iconic of the Mario characters, with Toads being everywhere in this game. You will be constantly saving them from peril in the game and they are willing to return the favor by helping you in battle as well. This is not something you’re going to be doing all the time though as it has a cost, so this guide will explain what you need to do to use the Toads to cheer in battle.

How To Use Toads To Cheer In Battle

Whenever you are fighting enemies in Paper Mario: The Origami King, you will notice a crowd of different Toads watching the bout from the stands. While they don’t get directly in the fight alongside Mario, these Toads are still willing to help out a bit.

Whenever you are in battle in Paper Mario: The Origami King, you can press Y to have a Toad come out and cheer for you, which actually is them throwing an object at one of the enemies and damaging them a bit. This will deal a few points of damage with every use of it in battle. Similar to the extra damage when attacking and the preemptive damage at the start of the battle, this won’t deal a ton of damage, but every little bit helps anyways. 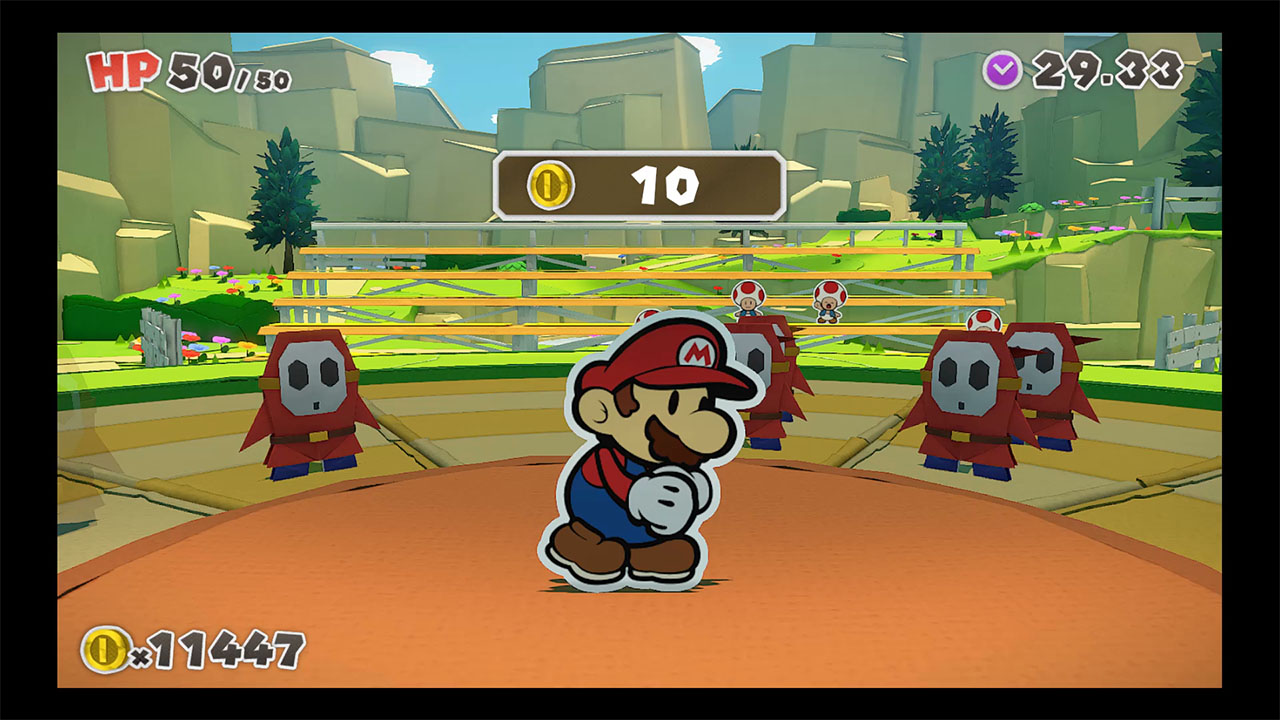 Getting a Toad to help you out in battle isn’t free though, as Mario has to pay 10 coins each time. When you pay it, the coin will appear on the outside of the arena, which is where the Toad will show up and throw a projectile at an enemy.

Home / Game Guides / Paper Mario: The Origami King – How To Use Toads To Cheer In Battle