How to participate in Call of Duty: Ghosts Clan Wars 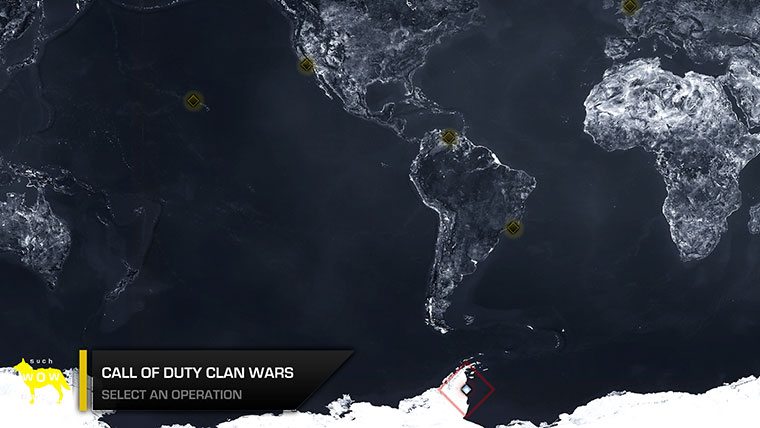 Clan Wars is one of the most interesting things about Call of Duty: Ghosts. Largely overlooked at launch, Call of Duty: Ghosts improves upon the old clan system immeasurably, and allows for a more transparent ranking system that allows players to move through multiple divisions and earn cosmetic upgrades for their soldiers.

But because Activision decided to revamp the system, moving it out of the old Call of Duty: Elite architecture, many have missed the boat on Clan functionality in Ghosts.

So how do you participate in Clan Wars? Well, you’ll need to be in a clan, first of all. The clan system has been changed, but anyone with a smart phone or tablet can access the Call of Duty: Ghosts app which will allow you to search for clans to join, or make one of your own. 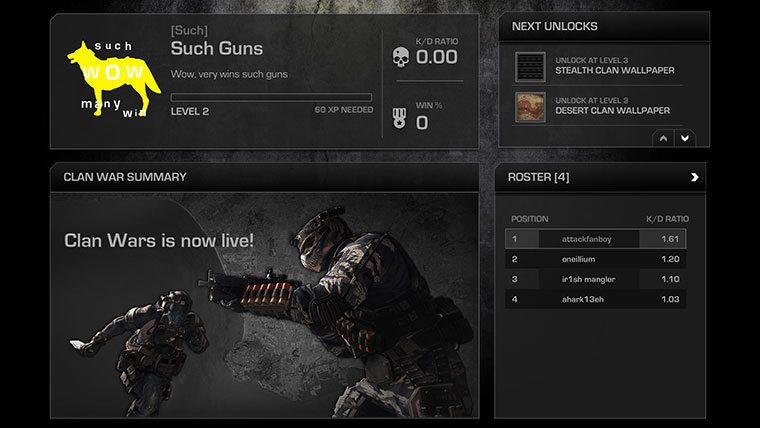 The companion app for Ghosts is a robust tool. It allows you to create or join clans, speak with members, edit clan logos and tags, among keeping track of your various squad members and loadouts. Once you’ve either joined a clan or made one, you’ll be able to access the Clan Wars feature, if your clan meets the requirement of having three members prior to its start.

If your clan meets this requirement, you can then participate in the Clan War, and monitor the progress through the Call of Duty: Ghosts Companion App.

Participating in the Clan War is only through the Call of Duty Companion App. You don’t need to do anything special on the actual game itself, other than playing the game modes that will help your team capture nodes and complete objectives. You do not need to be playing in the Clan vs. Clan playlists for the wins to count towards capturing a node. Once a specific node is captured, all of the other clan’s points in your grouping will be levied against you in chipping away at your lead.

Once you are registered for the Clan War, simply playing in the game modes that are up for grabs on the Clan Wars map is enough to earn you points towards helping your clan earn points, XP boosts, division rank, and earn special aesthetic upgrades.

Home / Game Guides / How to participate in Call of Duty: Ghosts Clan Wars