Persona 5 Guide: How To Sprint

The latest news in the world of video games at Attack of the Fanboy
April 4th, 2017 by Mike Guarino 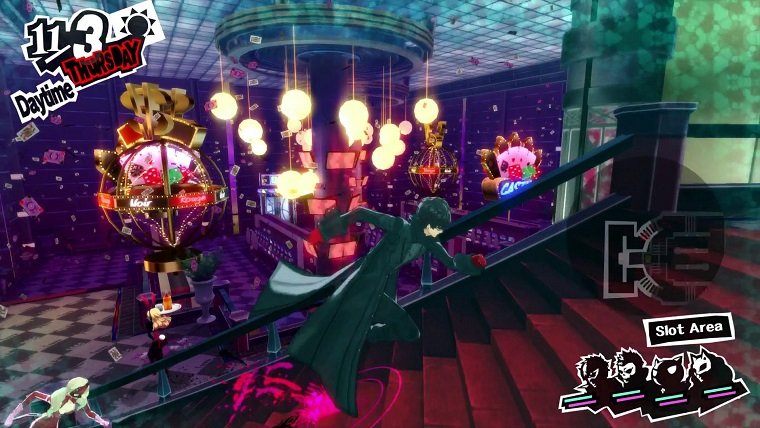 Persona 5 has made several quality of life improvements over previous installments in the series, with one of them being the addition of the ability to sprint. While your character moves at a pretty steady pace throughout palaces and the new stealth cover system makes for added nimbleness, sprinting takes things up a notch. This guide will tell you how to start moving at a much higher pace.

The ability to be able to sprint will become available after you’ve made some progress through a palace, allowing you to dramatically increase your movement speed for even quicker palace navigation. All you have to do is hold down the R2 button and your character will be moving much faster. However, with this increased movement speed comes a major caveat, as enemies will also be able to detect you much easier. It won’t be an issue if you’re a far enough distance away from an enemy, but get too close and they’ll soon be on your tail. Of course, seeing as you’re sprinting it will be harder for them to catch you, so just keep running!

The key to being able to maneuver around shadows successfully while sprinting is to make sure you’re coming towards them with their backs or sides facing you. As you speed past them their delayed reaction will allow to get past them untouched, and they won’t be able to catch you if you keep moving after that. You can also do this as a way to quickly initiate battles if you’re level grinding, stomping your way through palaces and obliterating every shadow in sight.

If you’re using sprint as a means of avoiding enemy encounters, then be sure to do that only if you’re confident that you’ve reached a high enough level. It’s very important that you regularly engage in enemy encounters, because if you don’t then you’re likely to be under-leveled by the time you reach the boss. Sprinting is more recommended for people who have already made significant progress in an area, with the enemy encounters being a waste of time due to low experience gains.