Persona 5 Guide: How To Take Cover And Hide

The latest news in the world of video games at Attack of the Fanboy
April 4th, 2017 by Mike Guarino 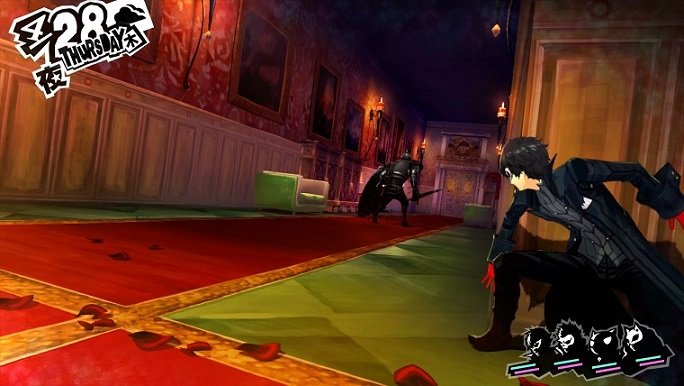 Making your way through the palaces of Persona 5 will bring you into contact with many of the game’s enemies, which are called shadows. Engaging in battles with shadows is a major aspect of the game that is important for leveling up, ensuring that you’re prepared for the inevitable boss fights. However, if you don’t feel like fighting you can always hide from them or sneak around them, and this guide will show you how.

The game’s palaces will have several cover points for you to hide behind, which you can do to stay out of the sight of an enemy. You’ll know that you’ve reached a cover spot when the prompt comes up for you to hit the x button, which will then place you in cover behind whatever the object happens to be. The great thing about this system is that there will likely be other cover points close by, allowing you to warp to them with a tap of a button once the prompt shows up. You’ll want to do this when the enemy isn’t looking, however, as they will spot you otherwise.

Using the cover system can also be a great way to ambush enemies, as they will often be moving around a patrol point that contains several cover spots. The best thing to do is to jump behind one of these cover spots and just wait for the enemy to walk past you, completely oblivious to your presence. Once they’re past you, all that’s left to do is to come up behind them and whack them to get the initiative in battle.

The stealth and cover system in Persona 5 isn’t the most deep one you’ll find in a video game, but it nevertheless adds an interesting new way to deal with the game’s enemies. Whether you’re looking to ambush an enemy or avoid it entirely, it’s a mechanic that comes in handy throughout the entire game.