How To Get Farfetch'd During Pokemon Go Tour: Kanto 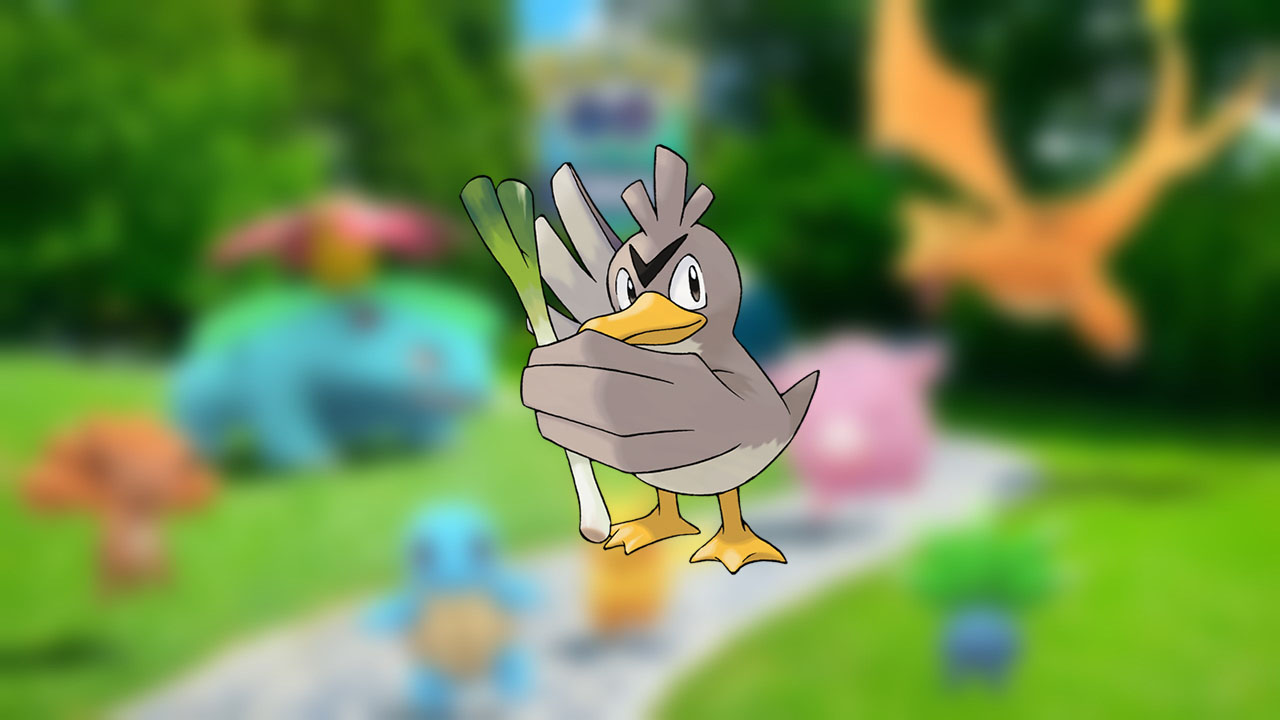 While it was one of the first regional exclusive Pokemon in Pokemon Go for the Kanto region, people likely have a number of Farfetch’d in their collection by now in the form of Galarian Farfetch’d, which has been a popular egg hatch since it was introduced. However, the original Kanto version of Farfetch’d has been much more elusive, sitting as an exclusive to parts of Asia since the beginning. There have been a couple opportunities in the past to catch Farfetch’d, but this is the most accessible yet as part of the Pokemon Go Tour Kanto event that is going on right now. As a result, this guide will help you on how to catch Farfetch’d during the Pokemon Go Tour Kanto event.

Below is our guide on how to catch Farfetch’d during the GO Tour Kanto event this weekend. Farfetch’d will be exclusively found in raids worldwide during this event, so making sure you have just the right counters is very important for how to catch him. We have compiled a list of the best Pokémon you can use to try and take down Farfetch’d below.

Here’s some frequently asked questions and important tips about Farfetch’d raids in Pokémon GO for February 2021.

When do Farfetch’d Raids Begin and End in February 2021

Farfetch’d will begin appearing in three star raids in Pokémon GO on Saturday, February 20 at 9 am in your local time zone during the Pokémon Go Tour: Kanto event. They will only be found in these raids through the end of the day when Pokémon GO Fest: Kanto ends at 9 pm local time.

Farfetch’d may be a three star raid, but this one is one of the easiest of the bunch. Unless you are underleveled and have no Pokemon counters, one person can take down Farfetch’d, though more can always make the raid go even faster.

Farfetch’d will be encountered at 657 CP to 706 CP. The higher CP means it is 100% perfect in terms of IVs so you should do your best to catch it if you’re lucky enough to find one.

Can Farfetch’d be Shiny, How to Get Shiny Farfetch’d

Yes, shiny Farfetch’d is possible to catch in February 2021 in Pokémon GO during Pokémon GO Tour: Kanto, though shiny Farfetch’d has been available in the past as well in parts of Asia. Your odds of catching one should be somewhere in the range of one in twenty, though Niantic likes to tweak this a lot without making any announcements. The more raids you win the better chances you have at a shiny Farfetch’d, so you will want to make sure to keep raiding until you finally find one.

And that’s our how to catch Farfetch’d guide for Pokémon GO Tour Kanto, with all the best counters in Pokémon GO.