Pokémon GO Sinnoh Collection Challenge Guide – How to Catch Them All

How to complete the Sinnoh Collection Challenge 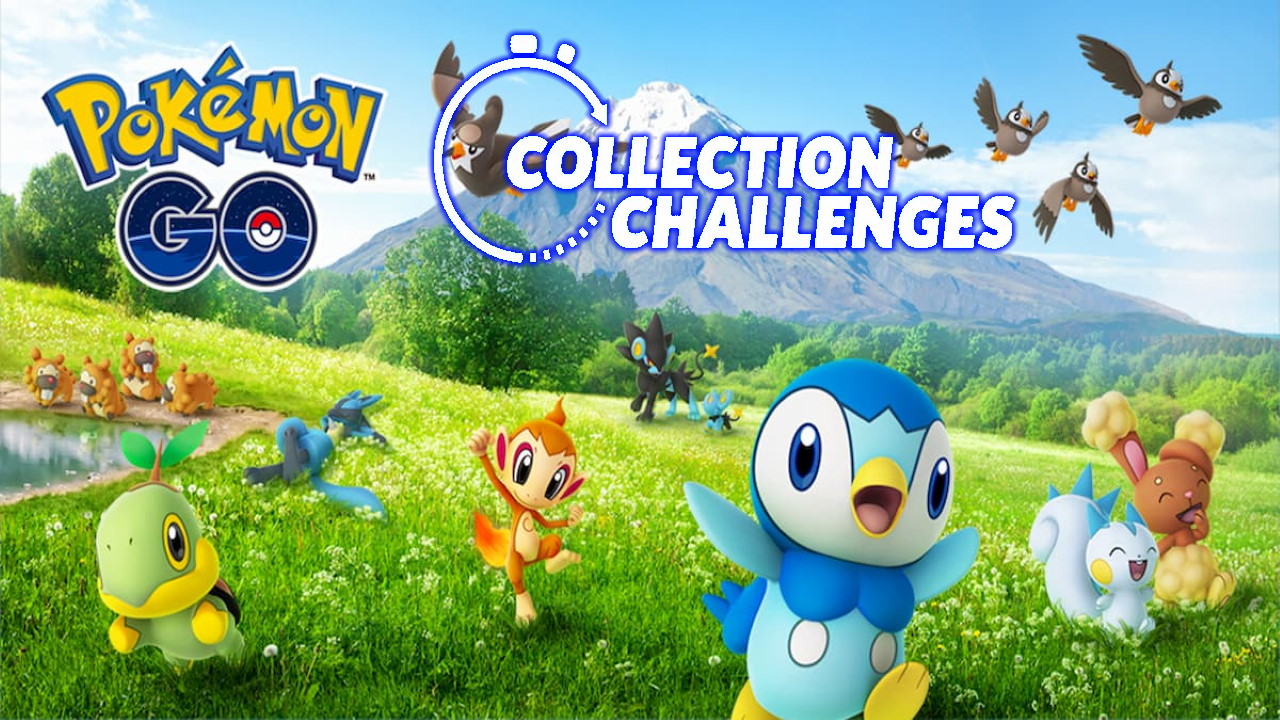 The Unova Collection Challenge has come to a close, which means it’s time for the next region to get its turn in the spotlight. This time it’s Sinnoh’s turn, with the setting for Gen 4 of the main series offering some great Pokémon to catch. But you’ll have to catch them all if you want the rewards and the Elite Collector medal upgrade. So, here’s our Sinnoh Collection Challenge guide for Pokémon GO, showing you how to catch them all.

The Sinnoh Collection Challenge will last for five days in Pokémon GO. It starts on Tuesday, January 12th at 10am your local time and ends on Sunday, January 17th at 8pm. During these days Pokémon from the Sinnoh region will be more prevelent in the wild. A selection will spawn much more frequently, and just like with Unova, there is a Collection Challenge Timed Research to complete by catching them all.

To complete the Sinnoh Collection Challenge in Pokémon GO you have to catch the following during the hours of the event.

Rewards: 3,000 Stardust, 1 Magnetic Lure Module, and 15 Ultra Balls plus a badge for your Elite Collector Medal

Many of these will be easily found in the wild, while others require some extra work. To explain them all, we’ve broken them down below.

How to Catch Turtwig, Chimchar, Piplup, and Combee

Turtwig, Chimchar, and Piplup will all be pretty readily available in the wild during the Sinnoh Collection Challenge. To get them you should just be able to play the game fairly normally and check off those boxes. However, if you struggle for any reason you can go for Field Research Tasks. Completing the Power up Pokémon 4 times task will reward one of them, giving you a one in three shot at the one you need.

How to Catch Buizel

Buizel should also be available in the wild, but might not be as common as the ones above. However, there are a few things that make him unique. Buizel will be available in shiny form for the first time so be sure to check any that appear in the wild to see if you got lucky. If you aren’t seeing any spawn near you then you can hatch 5km eggs that you received during the event, or complete the Defeat 2 Team GO Rocket Grunts Field Research to get one.

How to Catch Shadow Stunky and Shadow Snover

This is only the second Collection Challenge in Pokémon GO, and yet we’re already setting new precedents. The inclusion of Shadow Pokémon is an interesting choice, and adds a lot of difficulty to the Sinnoh Collection Challenge. The only way to get them is to defeat Team GO Rocket Grunts, so watch for the balloons or black Poké Stops as you play. The Team GO Rocket balloons pop up every six hours starting at midnight. If it’s the first time you’re starting the game in that six hour window, be sure to zoom out and check for the balloon.

You will know there is a chance if they have Snover if they say “You’re gonna be frozen in your tracks”. And they’ll have Stunky if they say “Wherever there is light, there is also a shadow”. The first indicates they’ll have Ice type Pokémon, while the latter means Dark type. The Ice grunt has about a 50% chance of having Snover, so it will still take effort, but you can do it by focusing on encountering as many as possible. If the Grunt has Stunky or Snover then defeat it and catch to complete this part of the challenge.

These two deserve special attention since few players will likely see them in the wild. You could get lucky, but I wouldn’t count on it. Instead you can try to get a Win 2 Raids Field Research task and complete it to get either one. Or you can hatch 5km eggs you received during the Sinnoh Collection Challenge event. These could contain Shieldon, but not Cranidos so it’s only useful if that’s the one you need.

And that’s our Sinnoh Collection Challenge guide for Pokémon GO, giving you tips for how to catch them all, and what the rewards are if you do.