Pokemon Sword and Shield – How To Evolve Nickit Into Thievul

Be ready for thievery. 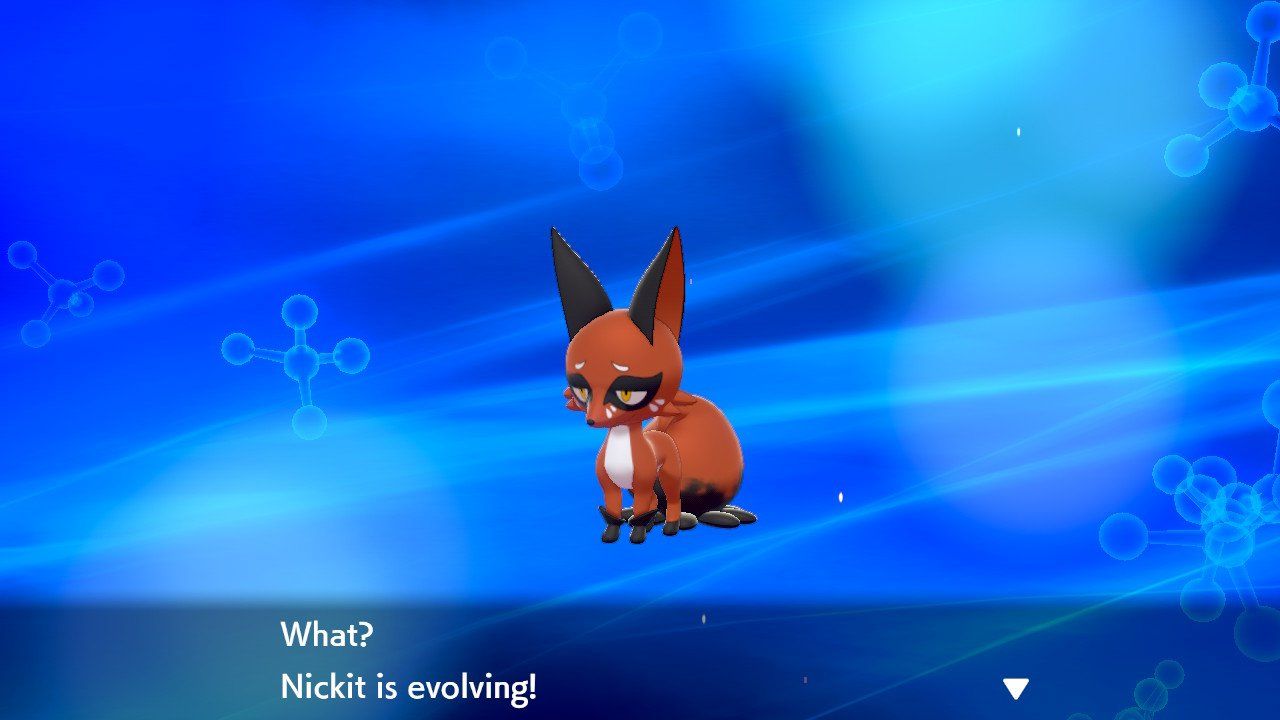 One of the first new Pokemon typings came during Gen II with the addition of Dark type, which has been a favorite for many as a counter to powerful typings like Psychic. Sometimes Dark types do not show up until a little later, but Pokemon Sword and Shield present you with a Dark type very early on with Nickit. Nickit has one evolution in Pokemon Sword and Shield and this guide will detail how you can get it to evolve to Thievul.

How To Evolve Nickit Into Thievul

Nickit is a Fox Pokemon with the Dark typing that you’ll find in the first few patches of tall grass in Pokemon Sword and Shield. This Pokemon starts off and can learn some solid moves, including Quick Attack, Snarl, and Assurance.

To evolve Nickit, all you have to do is raise Nickit to level 18. Once you reach this level, Nickit will start to evolve into its only evolution known as Thievul. Thievul has a great design, being a larger fox with a dastardly mustache and mask like markings that are very befitting of its name

As soon as you evolve Nickit into Thievul, you will also be prompted to learn the move Thief, which is not surprising considering the Pokemon’s name. Thief is a Dark type move with 60 power that not only deals damage, but also steals the target’s held item if they are holding anything.