Pokemon Sword and Shield – How To Evolve Thwackey Into Rillaboom The Grass starter Grookey starts off pretty small with his one stick before evolving to Thwackey and upgrading to two sticks to use in battle. The musical theme has been present with the first two and now it all comes to fruition with the final evolution of Grookey, who is named Rillaboom. This guide will break down how you can evolve Thwackey and get the final form of Pokemon Sword and Shield’s Grass starter.

How To Evolve Thwackey Into Rillaboom

While Pokemon as a series has introduced many different methods of evolution, the starter lines have always remained constant with being simplistic. Just like the rest of the starter Pokemon, Thwackey will evolve into Grookey’s final evolution by leveling up. When Thwackey reaches level 35, it will evolve into the final form known as Rillaboom.

Rillaboom is a much larger ape that now has a giant drum to play on and larger drumsticks instead of just two small sticks. The design is great to see and he is a much more formidable fighter than the two prior forms. Rillaboom also maintains just a Grass typing, with no dual-typing being brought into the mix at all here.

The evolution to Rillaboom also comes with a new move as well, Drum Beating. This perfectly fits the Pokemon and is a powerful move all on its own. This attack deals 80 damage while also lowering the enemies speed stat. 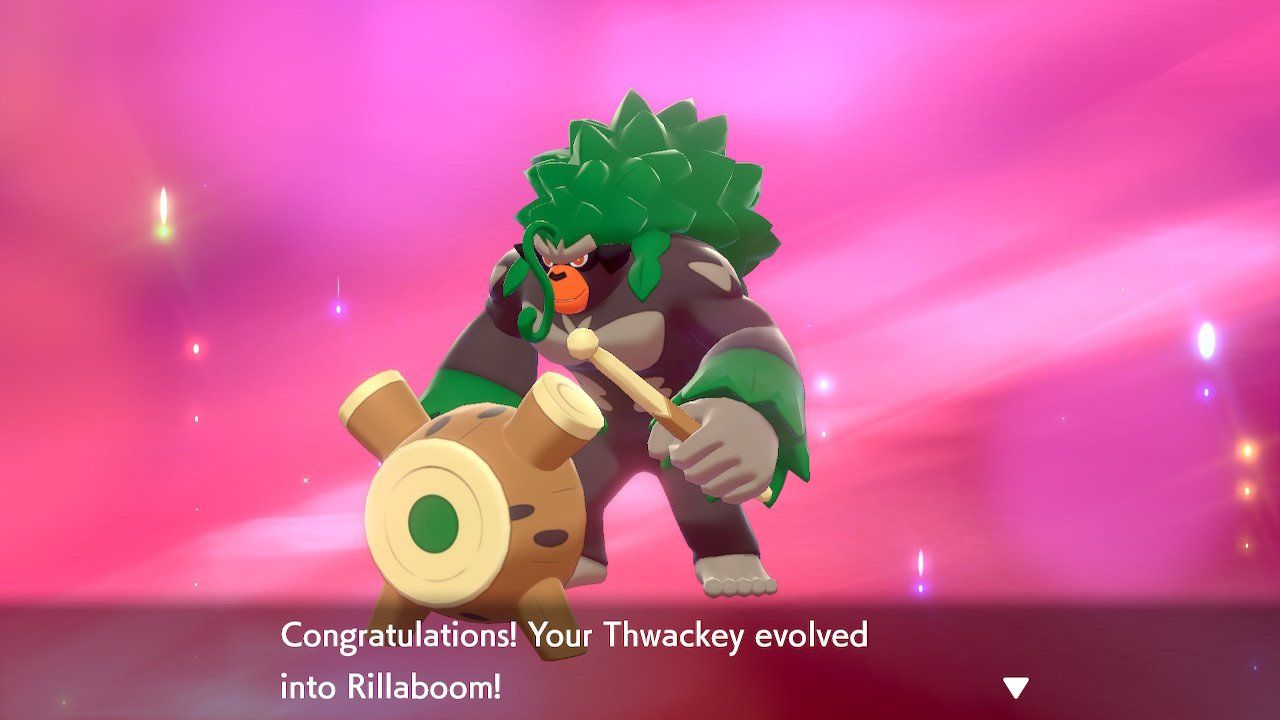