Pokemon Sword and Shield – How To Get Galarian Mr. Mime 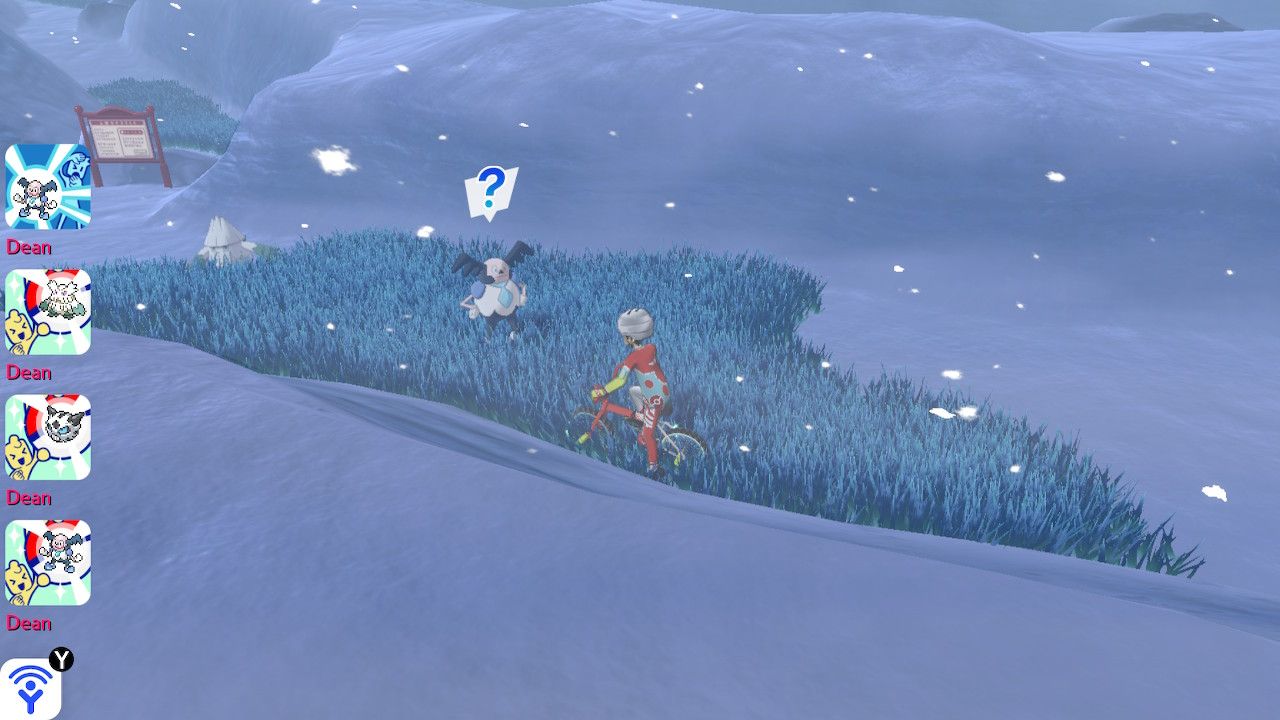 Pokemon Sun and Moon introduced something new the franchise with Alolan form variants of existing Pokemon, which Pokemon Sword and Shield has also continued. There aren’t anywhere near as many Galarian Forms as there were Alolan, but there are still some cool ones in the mix. One of these is for a Pokemon that has never had an evolution since being introduced in Gen 1, which is Mr. Mime.

How To Get Galarian Mr. Mime

Galarian Mr. Mime has a chance of showing up in the Lake of Outrage in the Wild Area when it’s snowing, but that is something you won’t have access to until you have the Rotom Bike. If you don’t want to gamble trying to find it there, you can wait a bit until after you collect all eight badges and are heading for the Champion Cup.

After you get off of the monorail and arrive at Route 10, you will find yourself in a very snowy area. As soon as you start moving, you very likely will see something that looks like a Mr. Mime around in the nearby tall grass area.

Galarian Mr. Mime maintains its original Psychic type that it had in the original games, though it loses the Fairy typing it was retroactively given in later games. Instead, the Fairy typing is replaced with Ice, which is a very unique typing to have. Mr. Mime itself was always more of a defensive Pokemon, but the Ice typing can held make it more offensive if you would like.

Personally, this allowed me to replace another Psychic type like Orbeetle that I had with a Psychic type that also added Ice to my party’s arsenal as well. Galarian Mr. Mime also has an evolution as well, which you can read about here.

Home / Game Guides / Pokemon Sword and Shield – How To Get Galarian Mr. Mime