Pokemon is finally getting away from the idea of a third game or sequel follow-up, instead adopting a more modern approach with added expansions. The first of those has now arrived with the Isle of Armor expansion that adds an entirely new area to the game. Back when this was first announced, one of the first teases was that of a special new Galarian Slowpoke that you could get. The Isle of Armor not only has the Galarian Slowpoke, but also allows you to evolve this variant into its Slowbro form. This isn’t done just by leveling up or anything though, so we’ve created a guide explaining just how you can do this in Pokemon Sword and Shield.

Starting off, you must have the Isle of Armor expansion purchased and downloaded to be able to do this. You can get the Galarian Slowpoke without this, but you can’t do anything with it towards evolving without having the expansion.

Once you have the expansion and make your way to the Isle of Armor, you can find Galarian Slowpokes here or just go with the one you could have caught before. From there, you now have to find a special item that requires a good bit of searching across the Isle of Armor.

To evolve Galarian Slowpoke into Galarian Slowbro, you will need a special item known as the Galarica Cuff. You won’t just find this item laying around or be handed it right away. Instead, you actually have to find other items that can be pieced together into the cuff.

These items are known as Galarica Twigs, which you can find scattered all across the Isle of Armor underneath trees. When near a tree, you should see a glowing spot that you can interact with and obtain the item. 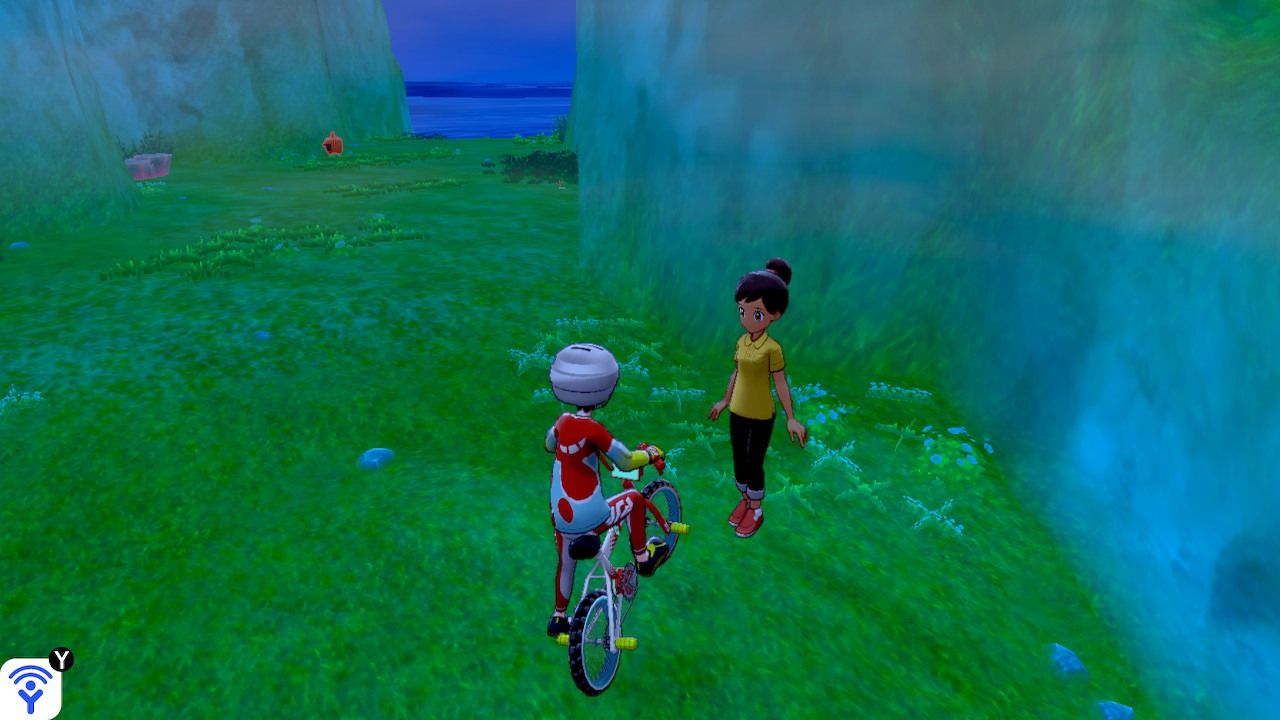 Once you have gathered eight Galarica Twigs, it’s time to go get the Galarica Cuff. When leaving the station at the very start of the Isle of Armor, you want to be looking straight at the station and head left. You will eventually come across the Workout Sea, so keep going across the water until you reach an island. On this island is a trainer as seen in the above image, which will give you a Galarica Cuff in exchange for eight Galarica Twigs.

After you have the Galarica Cuff, you just have to now use it on Galarian Slowpoke and you will get the all new Galarian Slowbro, which is now a Poison/Psychic type.