Four arms are better than two. 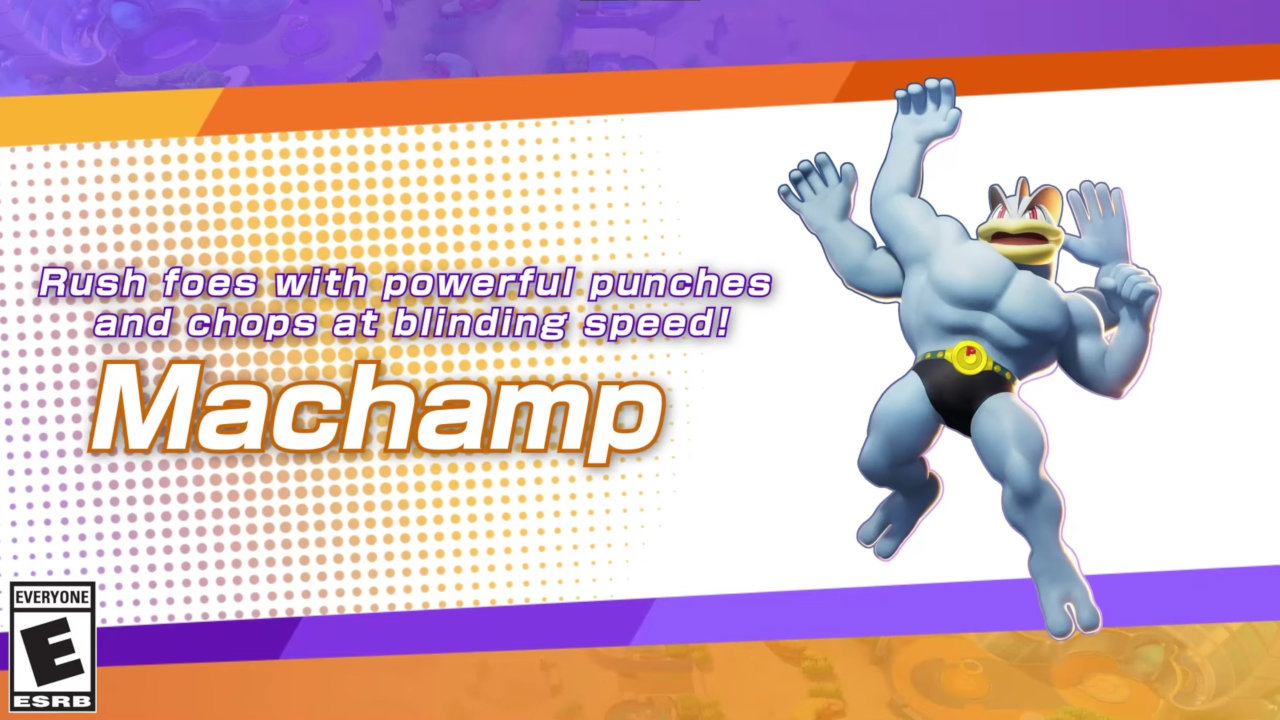 Machamp was always one of my favorite Pokémon and the fact that it joined the roster of Pokémon UNITE makes me more than happy. The four-armed, macho dude is ready to flex its muscles  against enemy teams in the arena and score some points. Classified as an All-Rounder, Machamp can do pretty much everything at a decent pace, and can be a solid option for anyone who likes frontline brawling.

Best setup and build for Machamp in Pokémon UNITE

Machamp is a simple enough Pokémon for beginners, and a complex enough for experienced players of the MOBA genre. It easily fits both categories as its abilities and gamestyle are simple to understand, but can be utilized in a more advanced way if you are used with the game’s tropes. It may look like a ‘punch-punch-punch’ Pokémon, and for a very good reason considering the amount of arms it has, but it has a moveset that can be tricky for the opponent to calculate or anticipate.

Pressuring lanes is also Machamp’s specialty, and team brawls as well. The latter especially is when Machamp can truly unleash all of its kit, demolishing enemy Pokémon in the process, without fearing of being focused and pinned down by enemy CC moves. Overall, Machamp is an aggressive All-Rounder that can help its team simply by being there. Don’t be afraid to be aggressive with moves like Bulk Up and Close Combat afterwards, but do pay attention to your positioning, and to not isolate yourself from teammates.