Predator Hunting Grounds – How to Get Ammo

Out of ammo? You aren't out of luck. 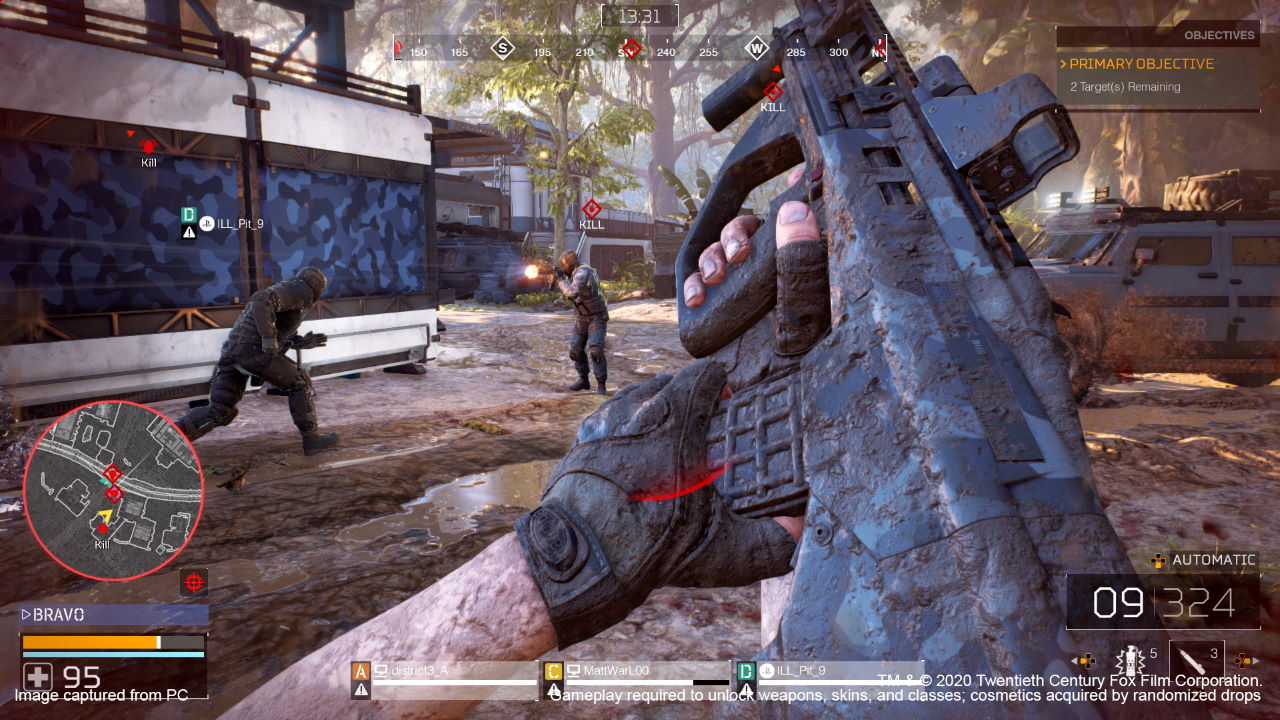 It’s definitely true that if something bleeds it means you can kill it, but to make it bleed you need enough weapons and ammo to take it down. That’s one of the biggest challenges in Predator: Hunting Grounds, at least if you’re playing as a lowly human. As you wander the jungle, accomplishing missions and fending off attacks from the powerful Predator itself, you might find yourself running low on the necessary supplies. And while the game offers a tutorial for the main foe, there’s not much explanation for how to play as a soldier. So here’s how to get ammo in Predator: Hunting Grounds.

How to Get Ammo

The answer comes in the form of supply boxes spread out throughout the map. There’s not much to draw your attention to them, but they’re certainly there. Though you will not find them in the forests and trees that encompass most of the game’s maps, the small outposts will have a few you can pillage for the necessary supplies. Just look for open boxes with an orange glow. This means they contain ammo for you to resupply with.

They’re typically found mixed in with other boxes or inside of buildings, often near or next to the main objectives you have to complete while avoiding the Predator. Once you find one just walk up to it and hold square on PS4 or R on PC to fill up your ammo stores. You can pretty much do this as much as you want, so be sure to hit one before heading back into the jungle and back into danger.

So that’s how to get ammo in Predator: Hunting Grounds. It is probably the lesser of the challenges you’ll face in the game, but without ammo you’ll be at the mercy of any enemies that wants to make you the one who bleeds.

Home / Game Guides / Predator Hunting Grounds – How to Get Ammo