ReCore Guide: Some Hints And Tips For Beginners 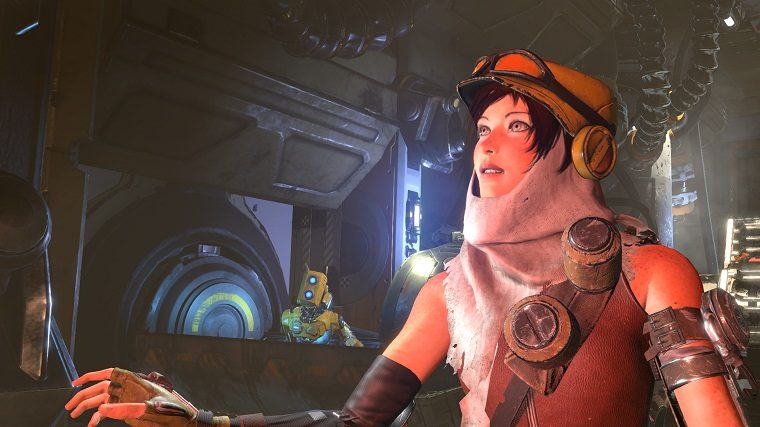 ReCore can be a hard game, although it’s not an impossible experience either. If you don’t understand some of the game mechanics, here are some tips to help you out.

Combat: The main character Joule has a gun and is usually accompanied with her robot mate named Mack. The gun has unlimited ammo, although you have to wait for it to cool-down if you use it too much.

You also have four types of ammo available when you progress. There’s White, Red, Blue and Yellow ammo and you can change them by using the D-Pad. You have to change between the four colors because enemies are weaker against certain colors as evident by their lifebar.

Lastly when an enemy’s health bar is down, you can extract their core by pressing down on the right stick. If the rope is not red, you can push down so Joule can grab their core and kill them instantly. Moving around is also important in order to stay alive. Make use of Joule’s dash ability by pressing down the B button. It can be used to dodge incoming fire and other obstacles.

Exploration: After the first few missions are over, the game world of ReCore opens up. The world is quite large, although there is fast travel available. You want to talk to a little robot named Violet and this enables you to fast travel to different locations.

Not to mention at anytime, you can press the menu button and press “Y” on the Xbox One to go back to Joule’s base which is a Crawler. Her base allows you to upgrade Mack’s body so he can be more powerful and more. You can upgrade other parts and research blueprints too while in this area.

Another thing you need to know is that jumping is a huge part of ReCore. If you are stuck, use the double jump ability and press B for the dash to get to higher places. You may need to even jump inside a portal so you can keep jumping.

If you are stuck at a door, you may have to find little robots called “Core Bots”. They are usually lying around somewhere. If you need something called Prismatic Cores, they can be located by looking on the map. Press the menu button on your Xbox One and they are a white sphere.

Hopefully these are enough to get you started in ReCore. Just look around and jump high and low if you are stuck. The map is also a great way to tell you where to find things.