Remnant: From the Ashes – How to Beat Dream Eater, How to Obtain Rift Walker Mod

Confront this living nightmare to earn a powerful ability. 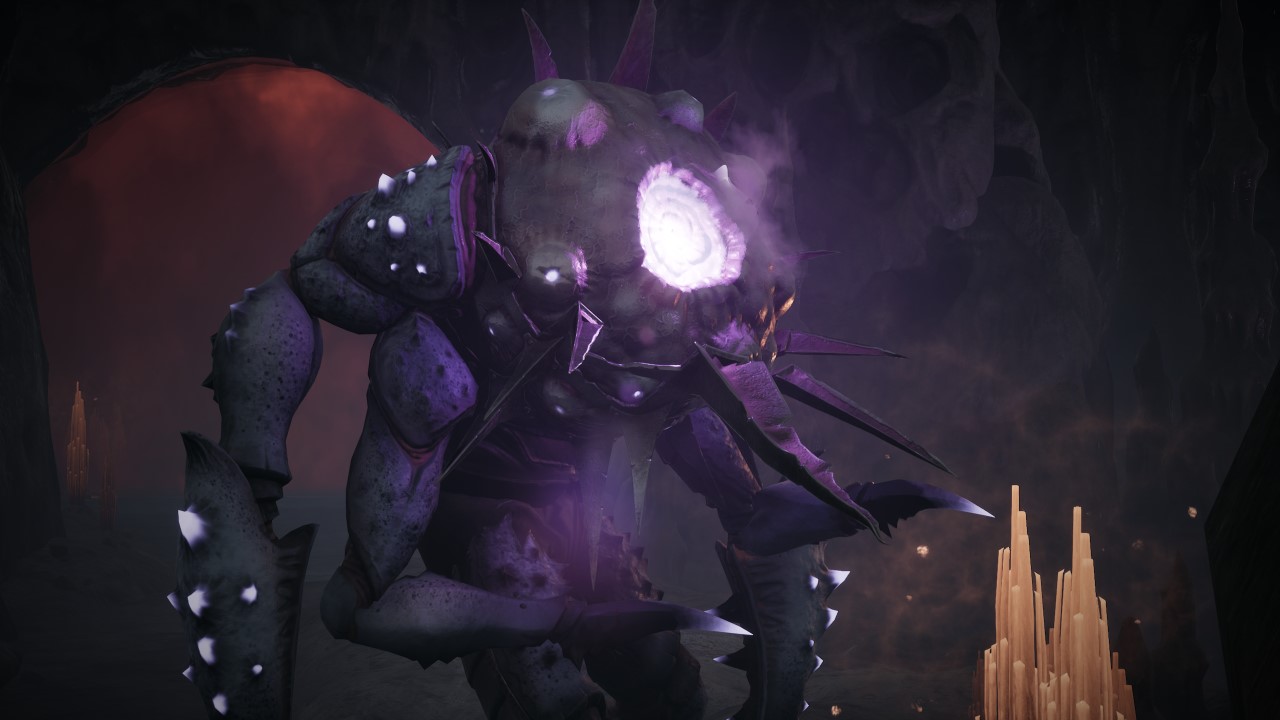 Remnant: From the Ashes latest update, Swamps of Corsus, introduces a variety of new bosses, weapons, and mods to obtain. One of the new big bads is the Dream Eater, a horror-movie specter intent on devouring your patience.

That said, discovering how to overcome these new bosses on your own is its own little reward, so I’ll start this guide by reminding everyone here that there be spoilers below. Seriously, all my Swamps of Corsus guides are full to the brim with spoilers, but I advocate you try and find all the new stuff first on your own before coming here. Secrets are a part of Remnant: From the Ashes charm, so while these guide titles at least confirm certain bosses and mods/weapons exist I ask you use them as a “last resort”. Now, moving on….

The Dream Eater is the boss of the Hall of Whispers dungeon.

One of the new dungeons that can spawn in the updated Corsus is the Hall of Whispers, and it uses a new tile-set set in a dank, cavernous crypt. There are a host of new enemies to fight within, including one purple bastard that likes to hide before teleporting towards you. Guess who the boss takes inspiration from?

The Dream Eater is a larger, deadlier version of this foe. What makes him tough to kill is his arena: there are pillars all over the room that will block your dodge rolls, and the center is littered with pits you can easily stumble into and die. The trick to the Dream Eater is to orbit the outer circle, and use these pillars as cover.

The Dream Eater will have the same base attack as the other specters, so keep your ear open for its aberrant shriek. Once you hear it you’ll know it is coming, so sprint away from it and get ready to roll shortly after it pauses to lunge. In addition to this attack the Dream Eater will spawn a light-purple clone that will swing at you with either a two-attack or four-attack combo, so make sure you don’t have a wall behind you and dodge out of the way.

The Dream Eater will occasionally spawn darker-purple adds around the room that will all stalk you. These have to be dealt with, otherwise all of them will rush you when the boss teleport shriek goes off. It’s a bad time. They die with a single shot, but will launch a high-damage orb at you once they pop. Kill one or two rapidly and be ready to roll or to duck behind a pillar to avoid the orb.

Finally, during the fight the Dream Eater will occasionally ascend into the air and charge a room-wide AOE attack. It will spawn some airborne adds and try its damnedest to blend in with them. Shooting the clones will trigger a death orb to home in on you, so be ready to dodge these. You want to find the actual Dream Eater as soon as possible to stop the AOE, so look for the clone that is pulsing. Focus fire on this target to stop the cast and force the boss back to the ground.

From here just rinse/repeat until the deed is done. You’ll be rewarded with the Luminous Gland, which becomes the Rift Walker mod once you turn it in at Ward 13. Rift Walker is a potent distraction ability that packs an explosive punch. Rift Walker will place you in a rift for a few seconds and summon a clone that will draw aggro from enemies in a short radius around it. After a few seconds you’ll leave the rift and the clone will explode for heavy damage. Oh, did I mention you are invulnerable while in the rift? Rift Walker is an amazing get out of jail free card when used correctly, and it will nuke most standard enemies dumb enough to attack the clone into the dirt.

Home / Game Guides / Remnant: From the Ashes – How to Beat Dream Eater, How to Obtain Rift Walker Mod