The combination is hidden in the Pharmacy. 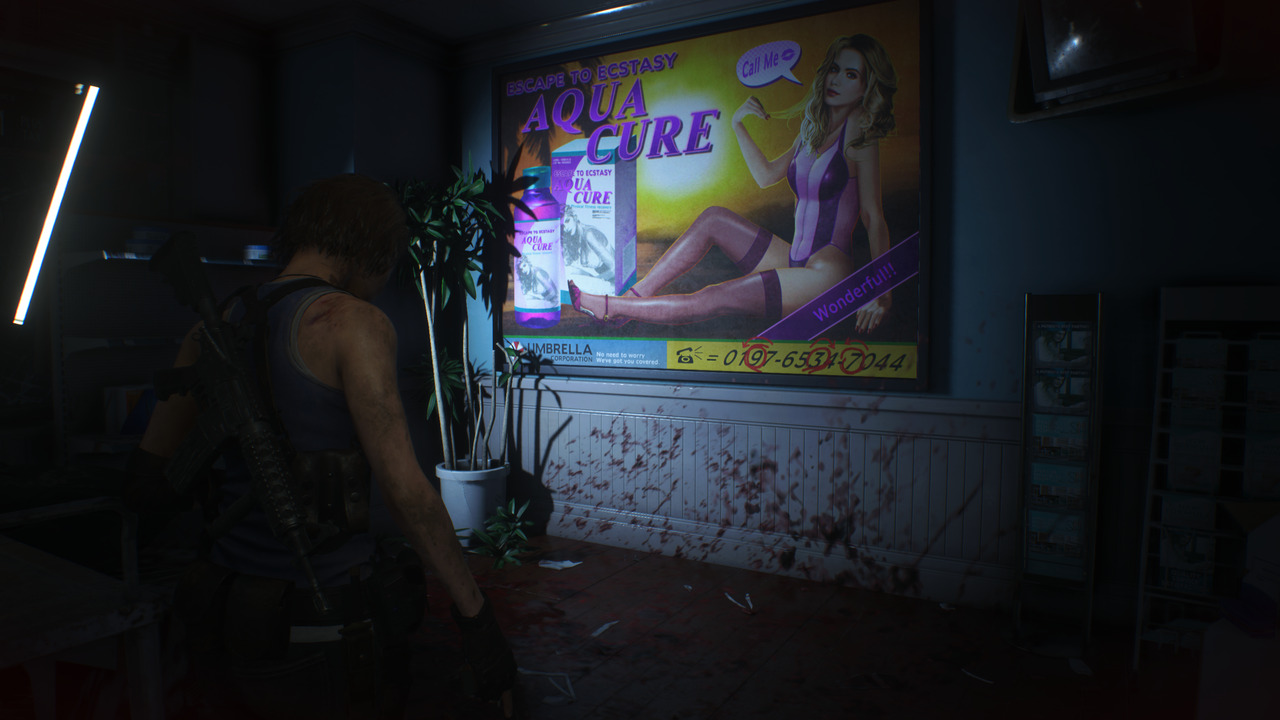 Shortly after you enter the streets of Raccoon City in Resident Evil 3, you should come across a locked safe on the second floor of a building. It’s hard to miss, and you’ll likely come across it while exploring and looking for the fire hose or bolt cutters required to proceed. There’s a memo on the floor next to the safe in which the owner describes the clever method in which he’s hidden the safe code, mentioning that it’s safe with his “Aqua Cure queen.”

This is how to open the drugstore owner’s safe in Resident Evil 3 remake.

The drugstore owner’s safe contains a very useful upgrade for Jill’s handgun, so you won’t want to miss out on opening it. If you’d rather look for the code yourself, head to the drug store just across the street, where you’ll find a giant advertisement featuring the “Aqua Cure queen” the note was talking about. Three numbers, the code to the safe, will be circled in red, giving you everything you need to get it open. If you’d rather open the safe immediately, then the code is 9 Left, 7 Right, 3 Left.

Inputting the correct code will cause the safe to open, revealing a Red Dot Sight for Jill’s G19 handgun. The Red Dot Sight makes landing shots with the handgun much easier, which is crucial in a game like Resident Evil 3 where every shot counts. You can’t aim with the sight in first-person, but attaching it to the handgun will place a red dot in the middle of your crosshair, making accurate shots easier. There is a bevy of other handgun attachments in Resident Evil 3, like the Extended Magazine and Moderator suppressor, and you won’t want to miss out on upgrading the most reliable tool in your arsenal. Getting these extra attachments involves going toe to toe with Nemesis, though, so you’d better be prepared for a fight.