Where to find the three fuses to restore power 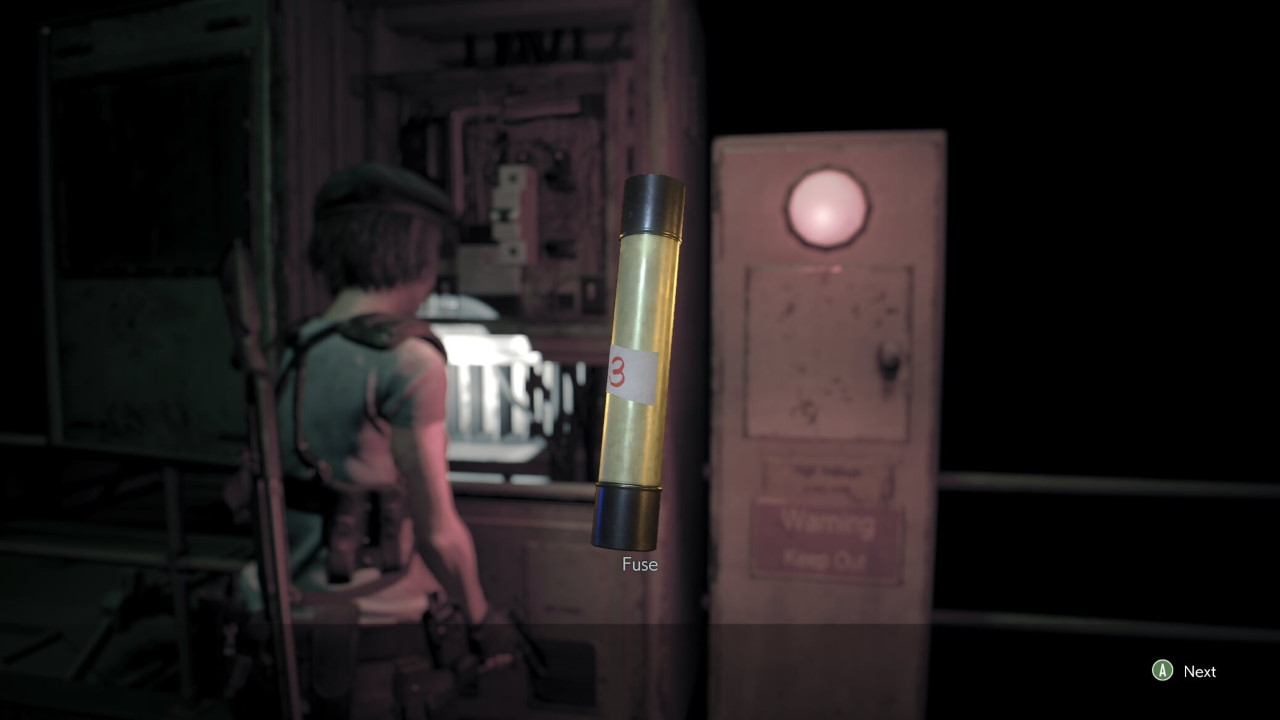 The Resident Evil 3 remake is pretty straightforward and streamlined for the majority of its runtime. However it does slow things down on occasion and task you with hunting down items or keys. Once of these moments happens right after escaping the hospital as Jill Valentine. Heading into the underground beneath Raccon City you see Nikolai, the real foe of the game if you ask some fans. As you chase him you come across a busted elevator that needs three fuses. They’re scattered around the warehouse you’re currently in. Heres where to find all three fuses in Resident Evil 3 Remake for the “Hunt the Fuses” walkthrough.

Where to Find all Three Fuses – Hunt the Fuses Walkthrough

As soon as the elevator breaks head out and to the right, bypassing the pale head that crawls nearby. Activate the switch to bring the other elevator down, hop on and ride it up. The first fuse, which is actually numbered three, is right here. Turn left and take the ladder down (or grab the items out of the two crates to the right first). When you land there’s some handgun ammo to your right as well, but also two zombie dogs so be ready. After taking them out continue all the way to the wall where you see a zombie. Kill him and squeeze through the small opening between the shelves.

Climb up the stairs ahead without flipping the elevator switch, walk past the door as well (you’ll come back to it later) and walk along the upper area. When you get to the end flip the switch to bring up a platform which you can cross to a ladder. Take it down and head toward the ominous red hallway (prep for combat). The big door will blow open releasing a bunch of zombies. You can fight them for some resource (two gunpowder and a high-grade gunpowder), or rush past them for fuse number one.

Make your way back, but a Hunter Gamma will emerge to block you. After dispatching or rushing past him, take the path back toward the stairs (ride the last platform down for a shotgun upgrade). Then head back up the stairs and through the doorway you past before. There’s some zombies and a pale head in here, so kill or rush past them. The door at the end of the hall will unlock and lead back to the original save room. The door on the left before that is where you need to go for the last fuse. Take the ladder down, but prepare to fight a hunter. At the end of the hall ahead is the final fuse.

Climb back up the ladder and back through the safe room. Then just jump back down off the ledge toward the elevator. Three mutated zombies are now down here, so fight them or lure them away so you can pop the fuses back in and then just activate the elevator to ride back up. And that’s our walkthrough of “Hunt the Fuses” to help show where to find all three fuses in Resident Evil 3 Remake.