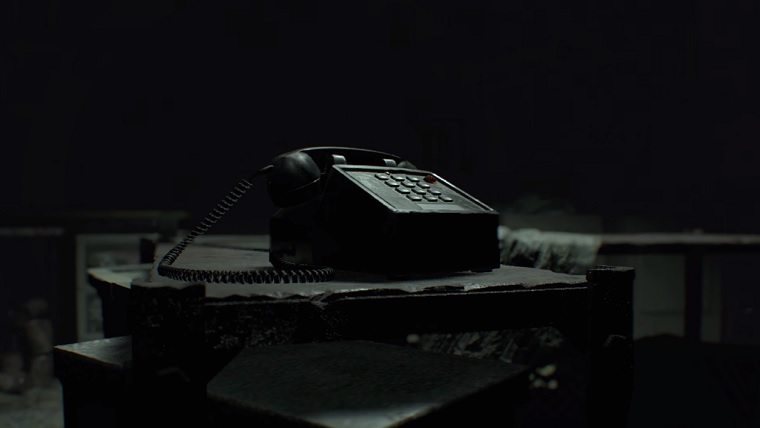 The Resident Evil 7 Biohazard demo has provided a great glimpse into what Capcom is going for with the full game next year, though there are several different endings and secrets that you can get that give you a bit more to chew on until then. So far we have discovered a handful of endings and secrets in our time with the demo, though there are potentially even more that will come to light going forward. Scroll down for every ending and secret/points of interest that we’ve discovered so far and how to find them.

Obviously, there will be spoilers below, so consider yourself warned.

Ending 4: Conversation 3 (this one is tricky and requires speed and the right timing)

Finding the axe: During the VHS portion of the demo you will make your way into the kitchen, and in there you will find a lockpick that is hidden on the floor between the microwave and the wall. You use this lockpick to unlock the drawer on the opposite side of the room, which will contain an axe when you check it back in reality. As of this writing, the only thing that the axe is able to do is break the boxes on the second floor and one of the mannequins.

Playing the piano: There’s a piano in the room that you start in, though trying to belt out a tune will not go as planned.

Ghost girl: During the VHS portion of the demo you will occasionally spot a creepy ghost girl, and she can appear in several different locations. She regularly appears while entering the farmhouse and in the hallway leading towards the room with the TV. However, she will also randomly appear upstairs, downstairs and in the doll room.

Helicopter photo: When you go to answer the phone that leads to several of the demo’s endings you will notice a photo sitting next to it. Examining it reveals a helicopter with a caption on the back that reads “Are they watching us from that helicopter?”

The moving mannequins: On the second floor of the house you will notice that there are a group of mannequins near the wall on the left. Well, when you go to leave there will suddenly be a fourth one blocking your way, and the other 3 will also occasionally change direction, as well.

The dummy finger: There is a drawer that you can find in the main hallway by the staircase, and inside it you will find a dummy finger. This remains one of the biggest mysteries of the demo right now, as nobody knows what to do with it.

The Resident Evil 7 Biohazard demo is still being played through by many people who are trying to uncover more of its secrets, but right now this more or less covers everything that has been discovered so far. If you have anything that you would like to add be sure to leave it in a comment below, and check out our demo impressions article by clicking right here.