Rise Of The Tomb Raider Guide – Tips For Starting Out 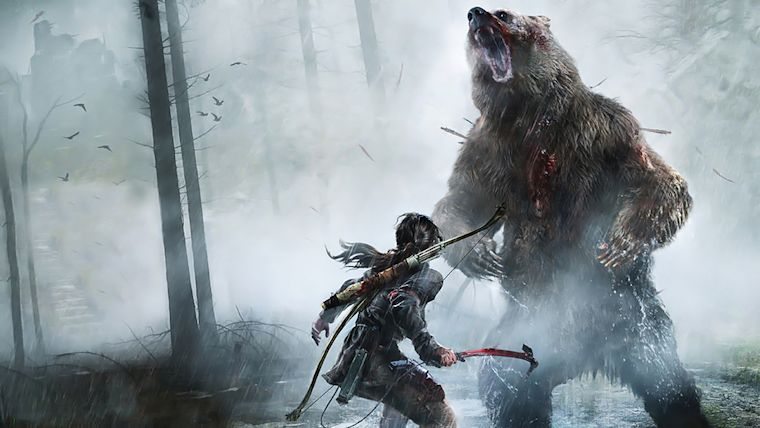 Rise of the Tomb Raider released back in November as a timed exclusive for Xbox One, but now the game is out for PC. That means a lot more gamers that do not own Xbox Ones are going to get a chance to experience this fantastic game.

With this releasing for a larger audience of gamers, we thought we’d give you a guide with some tips for starting out in Rise of the Tomb Raider, with some carrying over into other parts of the game as well.

Focus On Your Favorite Weapons

For anyone that has played the Tomb Raider reboot from 2013, you will recognize a similar weapon’s system in that there are different types of weapons that you can obtain and upgrade as you find more supplies in the game. Rise of the Tomb Raider offers even more for you to play around with, ranging from bows to assault rifles. However, with so many to choose from, that also means you will have a lot of options to upgrade, which is why you need to focus on which ones you like to use.

If you prefer to go with the stealth approach, you would be wise to try and acquire new bows and upgrade the ones you have, due to the ability to carry over upgrades across some bows. While it’s good to focus on them, still upgrade certain skills on the other weapons for when ammo is or in larger crowds. Ammo capacity is always something to upgrade early as you can, then follow with damage and accuracy on them.

Collectibles are all over the place in Rise of the Tomb Raider, spanning documents, murals, and very important items like maps that allow the finding of other collectibles to be much easier. These not only add a lot of side story elements to the game, but give you much needed XP in the game, which leads us to our next tip.

Similar to the weapons, skills are just as important as you play through Rise of the Tomb Raider, though these become available as you gain more XP in the game. These are split among three skill types, Brawler, Hunter, and Survivalist, each with a bunch of abilities. The Brawler skill tree is associated with more combat related skills, such as decreasing the damage taken, stealth skills, and such. These are probably the least useful of the group, but you could get some of these later.

The Hunter tree features some of the most important early skills, with so many like Arrow Retrieval, Naturalist, Finesse. Skills like these help you with keeping the ammo, crafting supplies, and XP up in the early goings, which will allow you to get through the tougher parts with relative ease. There are also some weapon specific skill upgrades here, but those can mostly wait until later as you focus on the upgrading the weapons themselves. Perhaps the most useful of these is Animal Instincts though, as you can much more easily find objects to interact with throughout the game.

The Survivalist tree also has some very useful skills, such as Avid Learner that provides extra XP as well, which is why it’s good to pick that one early. Intuitive is one you can get later, but most of the others can be skipped here for awhile.

Make Great Use of Survival Instincts

This works in tandem with obtaining the Animal Instincts skill, as Survival Instincts is a key piece of your arsenal. This can be used to better find objects that you can interact with, such as relics, supply trees, animals, and enemies. It is near impossible to play through this game efficiently without using it fairly often, as it plays a major role, just like it did in the first game. This is especially useful in the areas with less visibility, such as the early snow areas in Siberia.

Crafting is a very useful addition in Rise of the Tomb Raider and is something you should always be doing between areas of the game to stay ready for what is coming. Making the different arrows, specifically the poison arrow, is very vital to survival, especially to be ready for the sudden showdowns with a bear.

Be Ready For The Bear

While most of the rest of these tips are pretty in general with the mechanics of the game, one that you must be ready for is the early battle with the bear. Make sure you have plenty of the poison arrows that you will get just before the battle, and be ready to shoot them at the bear. Keep dodging and hitting the bear with poison arrows and whatever other weapons you have at your disposal, and before long you will have him taken down.

Try and Find And Complete Tombs When Possible

Rise of the Tomb Raider definitely offers players with many more tombs to raid throughout the game, with most of these being completely optional. Throughout the main areas in the game, you will get many notifications of a tomb being nearby, with some being harder to find than others. Some of these do require you to come back later when you are equipped with stronger weapons and other key items, but any that you can find and enter early, do so. By completing each of these tombs, you will obtain an exclusive skill, with some being very useful in the game.

Throughout Rise of the Tomb Raider, there are traps aplenty that are looking to give Lara plenty of trouble. When navigating tombs and other areas, pay very close attention as the game will all of a sudden enter slow motion and the ground starts to crumble. You simply have to jump away before the ground completely breaks and kills Lara, but if you aren’t expecting it, you may not react fast enough.