Granny is making one hell of an entrance! 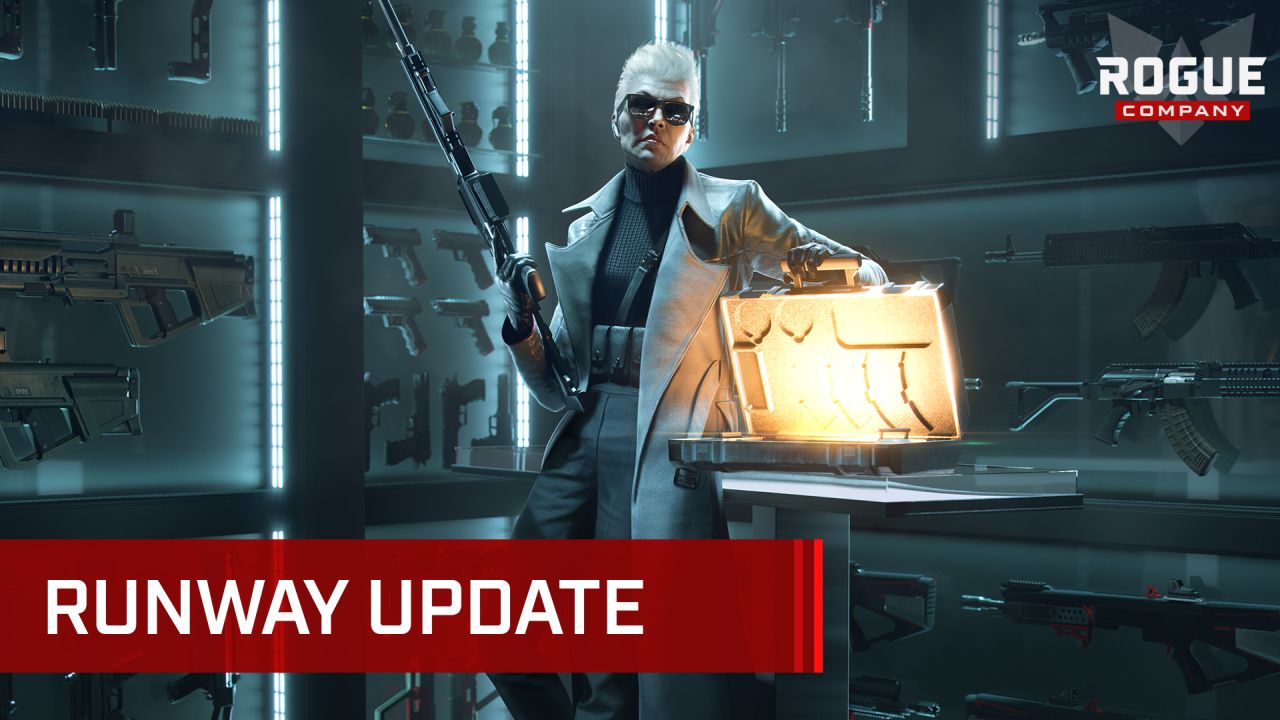 It’s update day in Rogue Company, and it’s more than a hotfix. Today’s update is a rather significant one, because not only does it add its 21st new Rogue into the mix, but also adds in a new weapon mastery system, weapon balances, and a huge list of fixes. Here are the patch notes for the Runway Update.

Raised by spies from opposite sides of the Cold War, Runway was an agent who used a career as a globe-trotting fashion model as cover for espionage. These days she uses the knowledge from her past to run a dicey double business making sure every customer who leaves one of her E7 stores is dressed to kill.

Throw a briefcase that grants infinite ammunition and refills gadgets.

Weapons will no longer be confined to specific Rogues, but each Rogue will be assigned classes.

Each time you play with weapons in their class, you will receive Mastery Points to unlock those weapons to use with other Rogues who share that class.

Mastering each class will earn you a unique reward.

Reactive Weapon Wraps are available for earning enough Mastery points for each class. These unique wraps will show animated visual effects around the weapon and are truly worthy of a Weapon Master.

Even elite Rogues need practice, and what better place to do this than a brand new shooting range? Try various Rogues, weapons, abilities and prepare yourself for your next mission.

Aside from the aforementioned additions of new content into the game, this Weapon Mastery system is definitely looking to shake things up in the meta.