Scarlet Nexus: How to Beat Naomi

Through a twist of events, face your friend Naomi in a monstrous battle 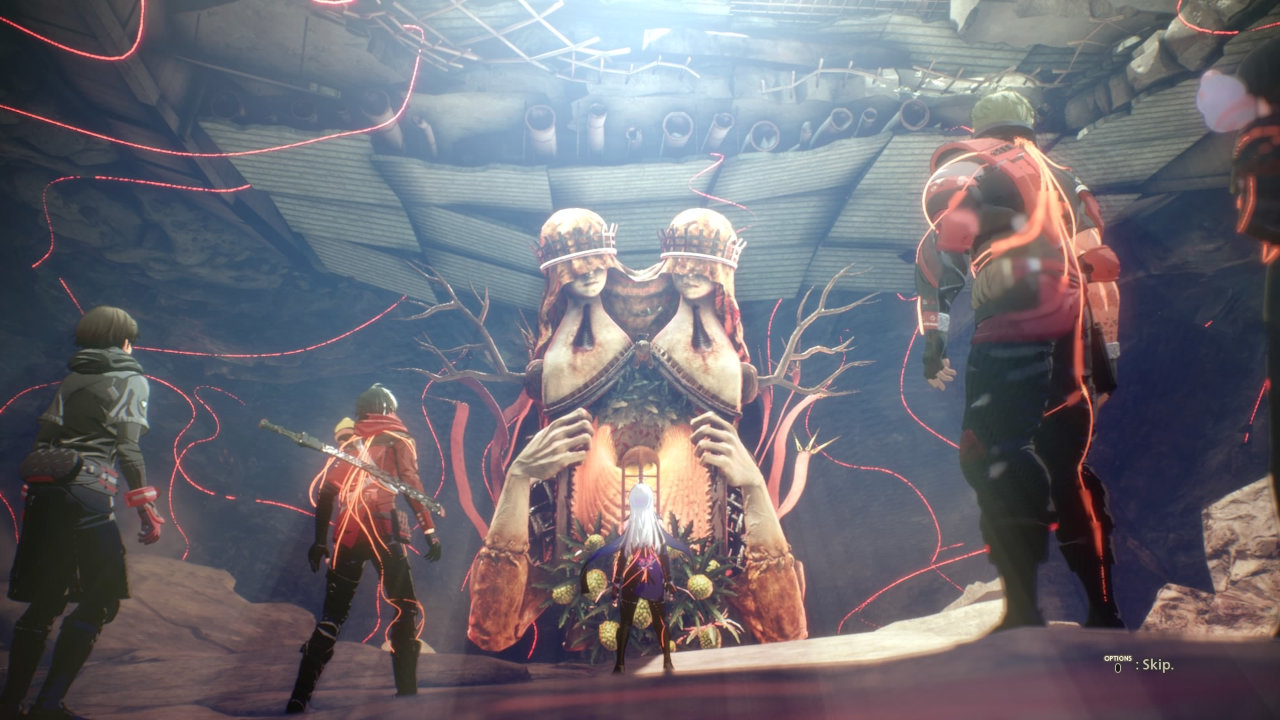 Scarlet Nexus has a lot of surprises to offer as you progress through the main story, and actually pitting one of your teammates against you, Naomi Randall, is exactly one of those. Well, sort of, since what you end up fighting is not the pretty young lady that Naomi is, but rather a huge abomination of herself, as she is turned into an Other due to unknown means at the time. It’s hard to even explain what the creature Naomi turns into is, so we will skip that and jump straight into the fight.

How to beat Naomi Randall in Scarlet Nexus

The Naomi boss fight has two phases, with the first one being considerably easier than the second. Both phases however need to be treated with equal attention, as you can easily get knocked out in both. Naomi is no pushover, and this will most likely be the first enemy that will challenge everything you learned so far in Scarlet Nexus.

As a giant four-legged beast she is rather slow, but Naomi occupies a lot of space and while in Phase 1, her attacks can hurt and reach you from quite a good range. What you need to do, is to keep attacking her from the side, and dodge each time you see her front legs/ arms swiping at you. Besides these telegraphed attacks, she will also do short leaps and her most damaging move, an AoE swirl attack that you won’t be able to avoid if you are close to her. You need to immediately step back the moment you see her prepping for it, and then charge back when the animation is over. A small tip for Phase 1, Naomi stumbles when she leaps at you, so you will have a short window of free attacks when she does it. Just make sure to avoid the actual lunge.

** DO NOT use the Special Objects that are lying around. Normal psychokinesis projectiles are okay to use, but make sure to leave the Special ones for Phase 2. 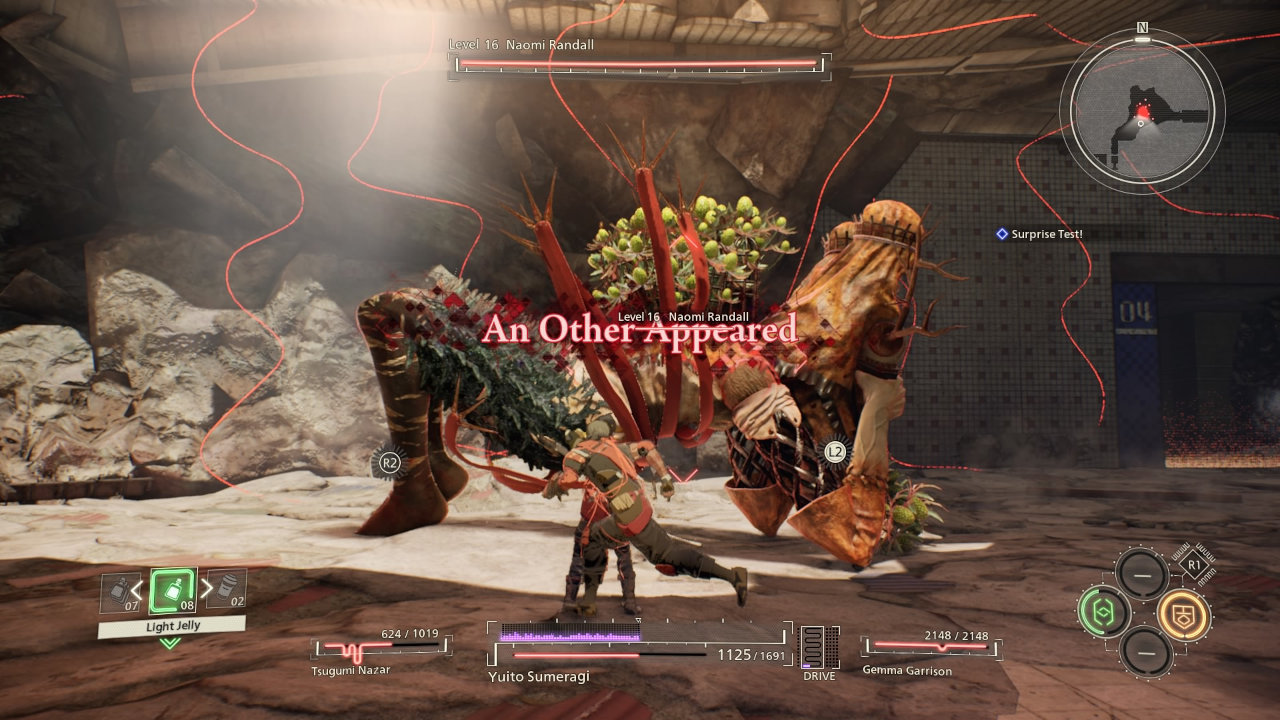 This is where the fight gets really nasty. Phase 2 begins after you lower her HP at a certain amount, and not only she goes back to full life, but now she even has a crush gauge, making her more resistant to your attacks. Additionally, Naomi is now faster, stronger, and with more moves than before that can end up really annoying.

Things here are simple, yet hard to accomplish. You need to have patience with Naomi in this phase, and try to attack her only after you dodged an attack. Even then, you need to proceed with short combos, and pull back right away. Her blows can end up unpredictable and way faster than they look, so try and be careful while monitoring her moveset. Soon enough, you will get the hang of her timing and will be able to evade each time with a perfect dodge, or get far away in time.

Naomi will also now be able to spread a troublesome gas in the whole room that will block your vision. SAS clairvoyance is here for this exact reason, so make sure to put it in good use each time she uses the gas, so to see her clearly within the smoke. Her moveset doesn’t change while in this state, so follow everything that was mentioned above.

If you pace out the fight following the tips above, eventually you will be able to take her out, although it will take some time. For this reason, we have an extremely helpful tip to share, which revovles around the Special Objects that were mentioned above in Phase 1. Around the room, you will be able to utilize a couple of those metallic bars that lie there. As they are only a few, you need to make sure they are going to connect. Therefore, after you find an opening, charge them with the respective button (ex. L2 for PlayStation user) and unleash them to her. They will do a huge amount of damage to her life and gauge, and will briefly stagger her. If you manage to hit her with all of them, the fight can end extremely fast, so ensure that you save those objects for Phase 2. If you use them in Phase 1, they will be wasted and won’t appear in the next phase.

With that, we covered everything needed for the Naomi fight. A challenging boss for sure, and barely the beginning of the dangers that lie ahead. Be prepared.