Scarlet Nexus: How to Change Costumes and Cosmetics

Personalize your characters as you see fit 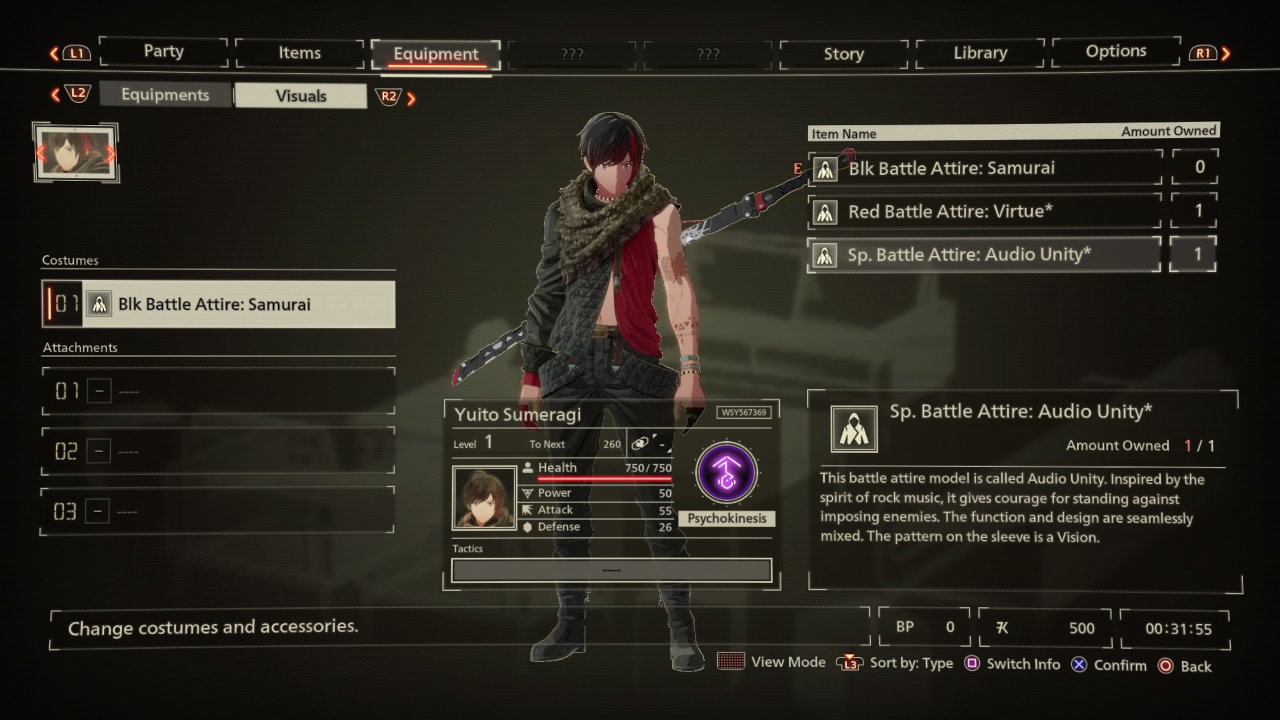 Lots of action-RPGs tend to have a good amount of cosmetic items to obtain or unlock, with Scarlet Nexus not being an exception at all as you can get new costumes, head pieces, accessories and more as you progress further into the game. There is a serious amount of cosmetics and visuals to grab and customize your character with, so you don’t have to worry much if you don’t like their default look. I can assure you that by the end of the game, you will have gathered so many costumes and cosmetics that you will be able to personalize so much a party member, that it would look like a different person completely.

How to change visuals, costumes and cosmetics in Scarlet Nexus

Before you even have the option to change any cosmetics or costumes, you need to have some to do so. Thankfully, getting new items is not hard, as all you have to do is to visit the in-game Shop. From there, you can either directly buy any available cosmetics or craft them with your gathered materials. There are all sort of things you can make, so try a lot of them and see what you like the most. Additionally, if you bought the Digital Deluxe edition of Scarlet Nexus, then some bonus DLC will be available for you as well, which you can claim from the same place. Scroll to the right until you get to the ‘Accept’ tab, and claim them from there.

After you get hold of some costumes and cosmetics, things are really simple. Open your character menu, and go to the Equipment tab. There are two sub-tabs in this section, so choose the Visuals one. From here, you have two options. Changing a character’s costume and adding some vanity attachments to them. Of course only one costume can be equipped at a time, but you can have up to three cosmetics, considering one is available to be worn together with another. You can’t for example add two items that both sit on the shoulder of the selected character.

Let’s take Yuito, one of the two available protagonists, as an example here. You can change his costume to anything you have available, and you can also add to him three different attachments. You can equip him with a pair of goggles, a cosmetic Baki doll on his shoulder and a backpack, all at the same time. However, some items like the Baki doll can’t be equipped with certain others, like the Animal Paws, which the game will inform you about if that’s the case. The combinations you can do are literally hundreds if not more, and since you can unlock new visuals as you progress through the game, feel free to play around with your characters for as much as you like.