Scarlet Nexus: Where to Find Saws Paws – Eyes That See All

Abandoned Line 9 will be your destination 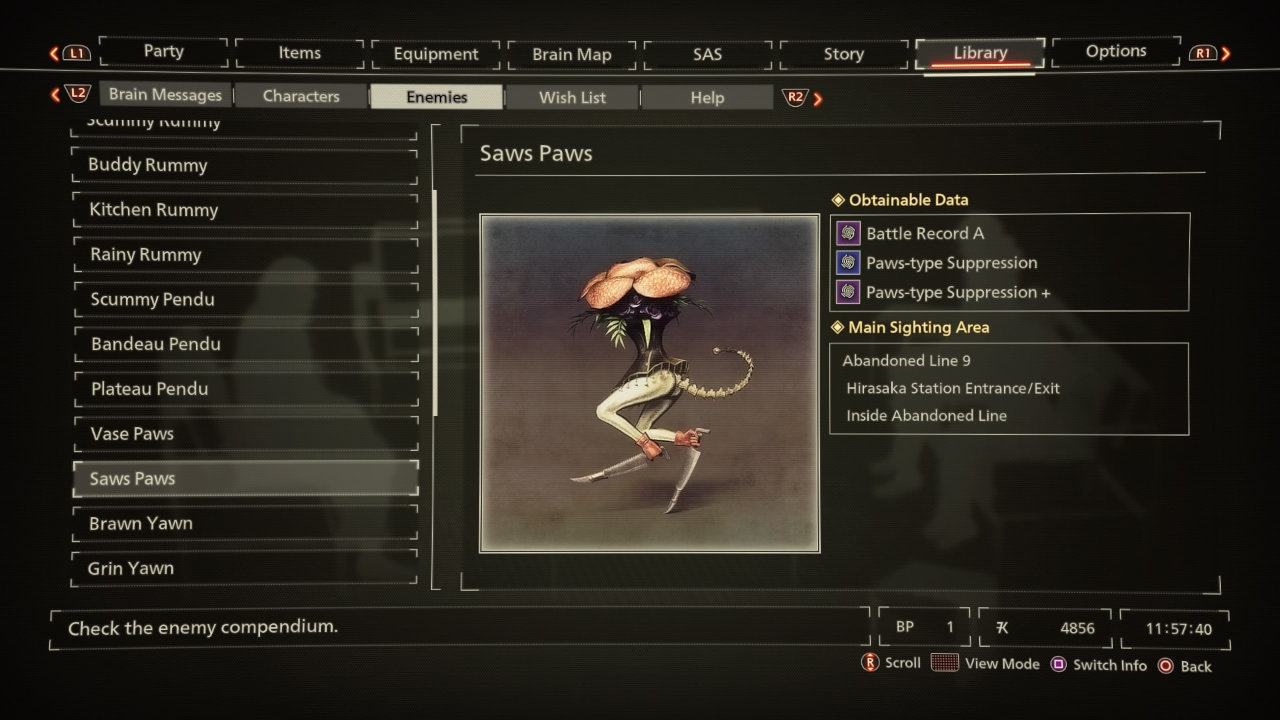 Saws Paws are the upgraded versions of Vase Paws in Scarlet Nexus and while they are early-ish enemies required for the Eyes that See All side quest, they are terrifying to look at. I mean, they are literal plants which have attached arms acting as feet and each hand holds a razor sharp saw. If that isn’t stuff of nightmares, I don’t know what is. In any case, you need to defeat two Saws Paws for completing that beforementioned side quest, so let’s take a look.

If you know where to search, Saws Paws are actually very easy to find. However, they are tricky enemies to deal with, since they can go invisible. Therefore, the SAS clairvoyance is mandatory here, not only to make things easier, but because it is an actual pre-requisite for the quest. Both of the two Saws Paws you are searching for need to be defeated while you are in the clairvoyance state, so make sure it doesn’t expire before you deal the last blow.

That said, let’s locate our two targets. The first one will be waiting for you in Abandoned Line 9 – Hirasaka Station Entrance/ Exit. Simply teleport there, follow for a couple of steps the main pathway and it will be waiting there in the middle of the road. Make quick work of it and let’s head to the second Other.

This time, teleport to the same place, but in the Inside Abandoned Line sub-area. Start walking down the path, and at some point there will be two different ways, one on the left and a room on the right. Completely ignore the room, and head left. Keep running while dispatching any enemies that appears, and after a moment you will find the second Saws Paws. Activate your SAS power needed and defeat that one as well. Open the Quests tab, complete the quest and get your reward. While you can find more Saws Paws in the same location, those two in sequence are both the fastest and easiest to deal with, so you can finish with your task in mere minutes.