Scarlet Nexus: Which Character to Choose 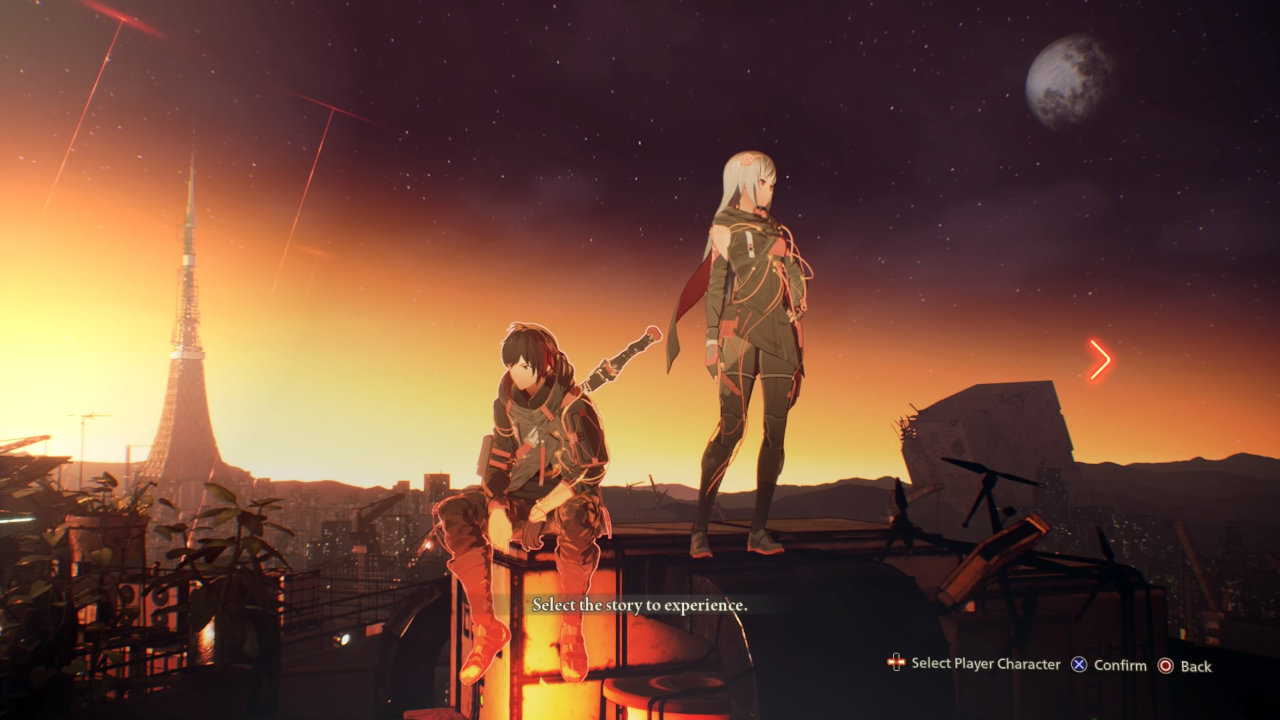 The moment you begin your adventure in Scarlet Nexus, you will be tasked with picking the character you want to play as. There are two available options, as the story of the new Bandai Namco title is told through two different narratives. While the overall experience is kind of the same, as you will be traversing through similar areas and even the stories of the two characters will connect at some point, their gameplay is quite different, alongside some other minor changes which we won’t spoil here. Below we are taking a look at what each character brings to the table, and which one should you choose when you first begin your journey to the Brain Punk world of Scarlet Nexus.

Which character to choose in Scarlet Nexus

From one side we have Yuito, a privileged boy with relatives inside OSF, the same group you will be part in with goal to exterminate Others, and Kasane, the strong individual who is considered to be an upcoming elite member of the group. Both of these two characters join OSF, however their story is different, which become obvious right off the bat, each of them having a completely different origin, backstory and entry cutscene with different events unfolding in each. As it becomes clear from his character summary, Yuito is directly tied to the whole OSF organization as his relatives are important names within the branch. Even if that’s the case though, Yuito ends up being a pleasant fella, and not someone you would expect to be spoiled due to his legacy. This is not what you are here for though. You want to know if Yuito should be your character of choice, in order to tackle the dangers that lie ahead in Scarlet Nexus.

Since we mentioned that both characters’ stories are actually different, that is a given. You will see a different side of the whole adventure if you play as Yuito, and you will interact mostly with other characters than what you would as Kasane. That said, and without spoiling anything, there are some surprises down the line, for both characters.

Combat-wise, Yuito has a katana which he combines with his psychokinetic abilities, providing a smooth and fast melee playstyle. His approach to enemies is less safe than Kasane’s but way more frantic and of course, way more fast paced. Yuito is all about those risky plays, that tend to result to lengthy and satisfying combos, with enough power to demolish Others in seconds. In the early game expect to use quite a lot of healing items, especially at a higher difficulty setting, as Yuito doesn’t have a lot of tools to protect himself from enemies, other than fast reflexes and the additional abilities that his allies provide. From the two, Yuito is the more hack-and-‘slashy’ one and your time with him won’t disappoint. Just you wait until you reach mid to late game with Yuito, to see his true potential and clear waves of enemies, with style and ease. 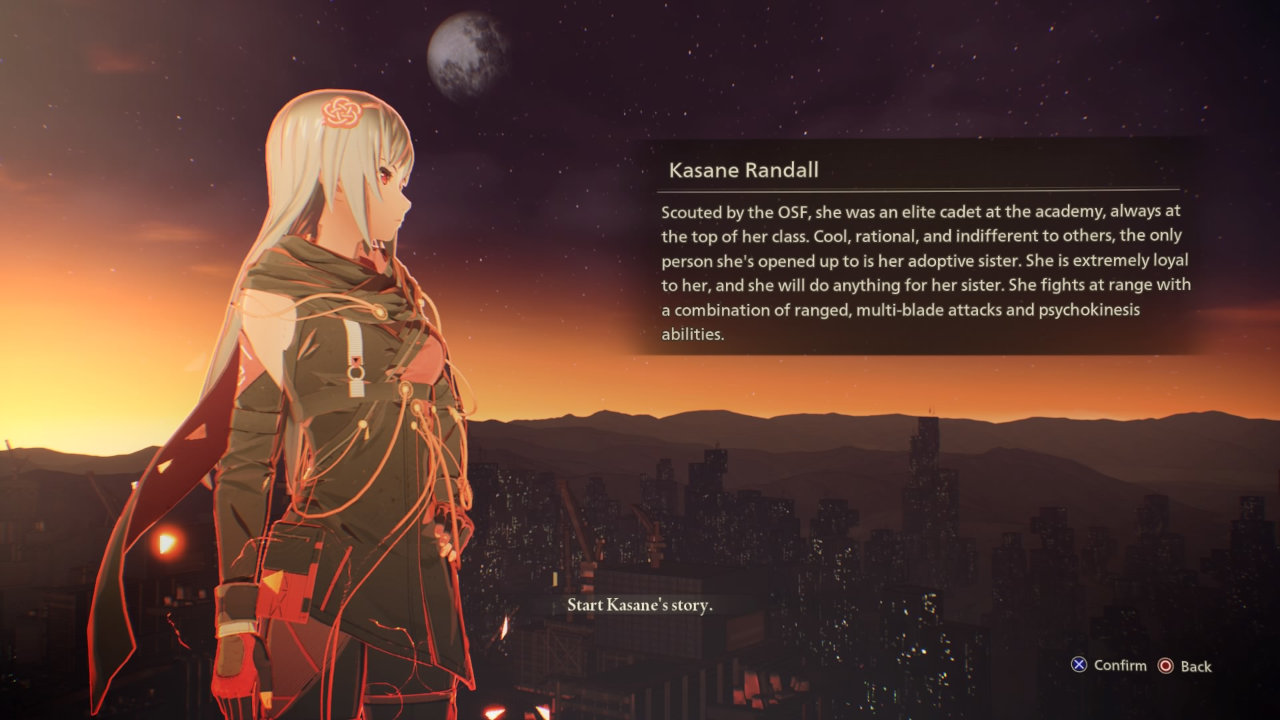 Kasane is the child wonder, directly scouted from OSF and a literal powerhouse even since her early days within the organization. Compared to Yuito, she is the ‘edgy’ one, acting as the more silent but terrifying presence, in and out of the battlefield.

Her story follows a narrative different from Yuito’s, and the events from her own eyes tend to be a little more story-rich, as we can get glimpses of some mysterious happenings that will affect the future of everyone in the long run. As Scarlet Nexus has a very deep and complicated story, we won’t be addressing anything lore-related further, as you need to see everything with your own eyes in order to appreciate it.

As far as combat goes, Kasane has a mid-long ranged playstyle, with her weapon of choice being drone-like knives. She controls them with her psychokinetic powers, much like Yuito, and overall she can safely dispatch enemies from afar. Her combos are still flashy, although not as much as her male friend, and focuses more on crowd-controlling the field while unleashing big nukes.

Both of the two available characters are equally fun to play as, and their signature psychokinesis power is present to both of them, if that’s your cup of tea. If you base your decision on combat capabilities, pick the one you believe is the most suitable for you. On the other hand, if you are looking for the ‘better narrative’, rest assured that each of them brings their own unique beauty to the events of Scarlet Nexus, which after a while, connect. Not to spoil anything, but let’s just say that both Yuito and Kasane have their own story to tell, but in the same grand scheme of things. Try them out both, as you can have multiple save files, and decide afterwards.