Shadow Of The Tomb Raider Guide: How To Upgrade Weapons

Everything you need to know about upgrading weapons in Shadow of the Tomb Raider.

Who would have thought that archaeology was such a dangerous profession? Crumbling ruins are a given, but Shadow of the Tomb Raider throws a myriad of a dangers Lara’s way, such as dangerous wildlife, gun-wielding mercenaries, angry cultists and even angrier cavern-dwelling monstrosities. Fortunately, Lara has a wide array of upgradable weapons at her disposal to deal with whatever comes her way.

Upgrading your weaponry is necessary because there are various parts throughout the game where you simply can’t sneak and stab your way to victory — the enemies will find you, and you’ll require the appropriate firepower to bring them down — especially on higher difficulties where they enjoy increased resilience and damage. Fortunately, the upgrading process is a relatively simple, if not laborious, process. 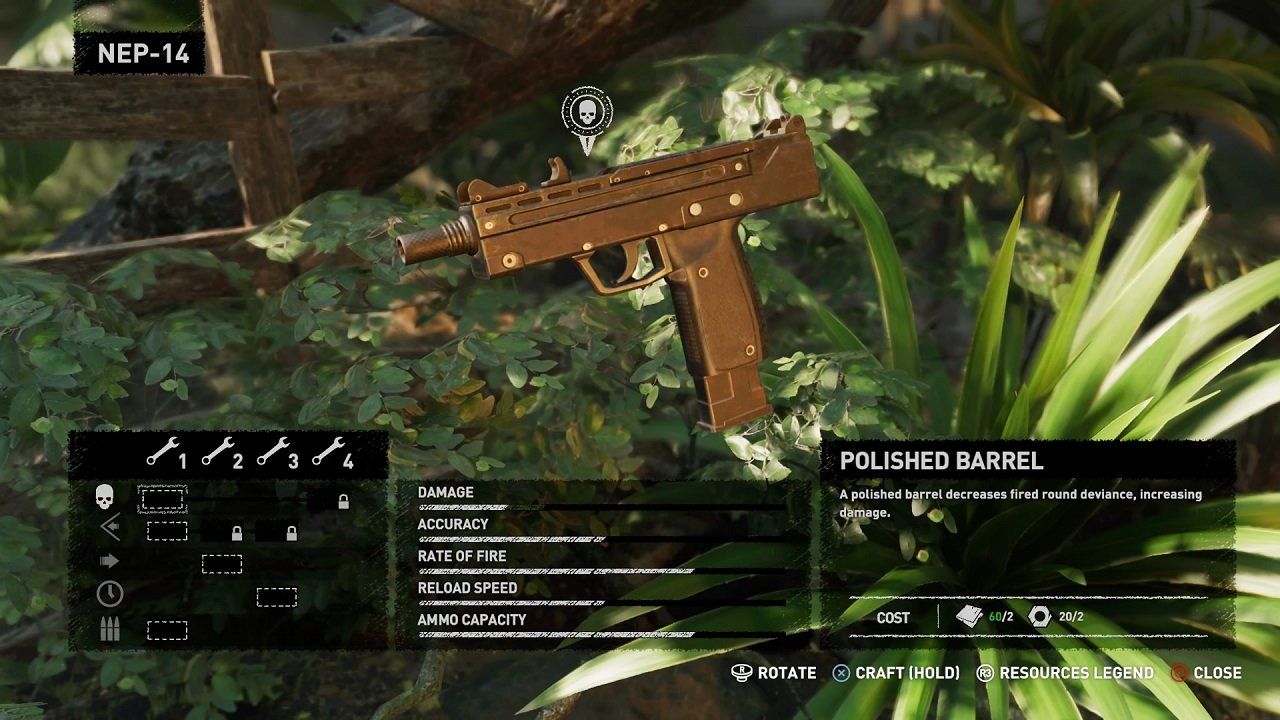 Here’s how to get it done:

Rather than money, Lara will need to use the various resources she finds throughout her travels in order to upgrade her weaponry. None of them are particularly difficult to find, but you should take care with the following resources when you find them:

After you’re done collecting resources (again, you don’t really need to go out of your way for most of them), you’ll need to find a Base Camp to begin the actual upgrading process. Any Base Camp will do provided Lara actually has weapons on hand.

No forging, no mini-games, no special tricks to master — upgrading in Shadow of the Tomb Raider is just a simple matter of holding the right button on your controller or keyboard until the process is complete. There are four upgrade tiers in all and every weapon has different ones (for example, the AB .45 pistol has three upgrade slots for rate of fire, whereas the NEP-14 pistol only has one). Furthermore, Lara will need to have the “Raposa’s Wit” skill before she can upgrade any weapon to it’s maximum level.

That’s all for upgrading weapons in Shadow of the Tomb Raider. Just be sure to pick up everything you come across and remember to upgrade whenever you have the chance, and you’ll have more than enough firepower to dispatch all but the most dangerous of enemies if you play intelligently.

Home / Game Guides / Shadow Of The Tomb Raider Guide: How To Upgrade Weapons