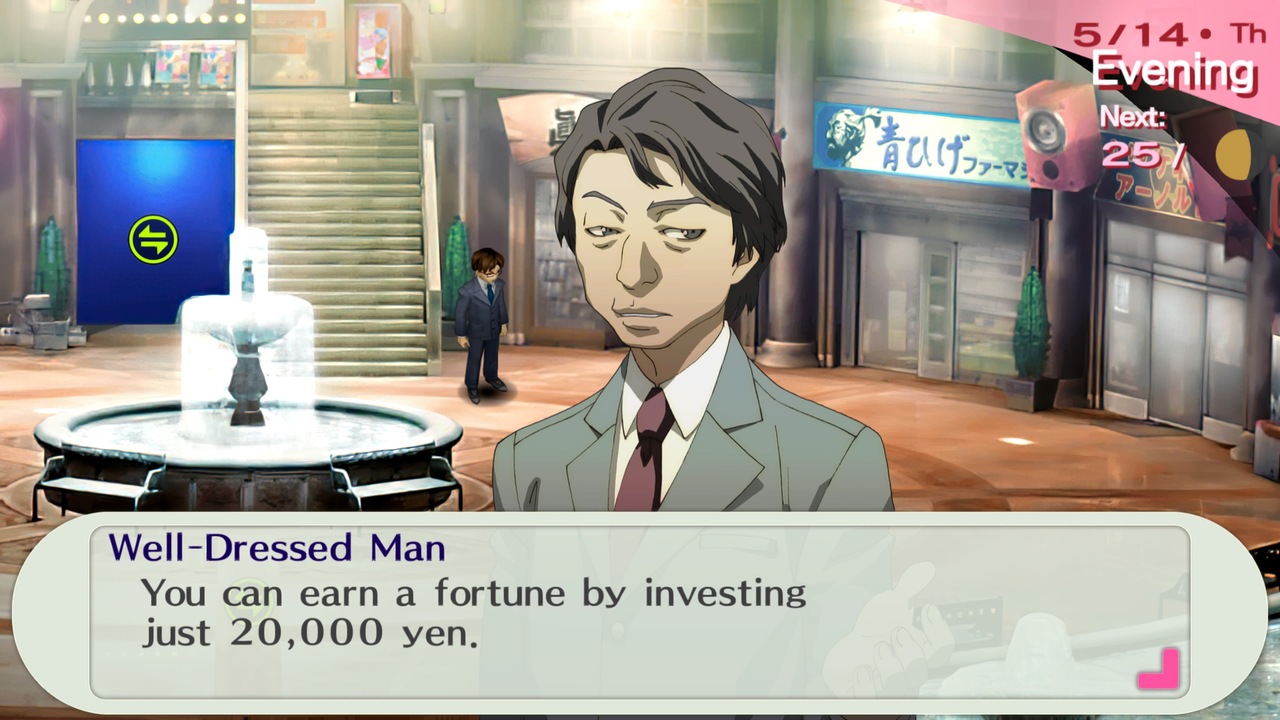 So why does the Well-Dressed Man need 20,000 yen from you? To put it simply, paying the man will unlock the Devil social link. The 20,000 yen payment is just the beginning though, as he’ll ask you for 10,000 additional yen the next two times you see him, bringing the grand total to 40,000 yen. Unlocking a social link is well worth the asking price, however, so make sure you save up some yen. You can also sell items at the nearby police station or complete some requests for Elizabeth if you’re short on change.

If you’re paying close enough attention, you may recognize the Well-Dressed Man as President Tanaka from the Tanaka’s Amazing Commodities program that sells items on TV on Sunday mornings. Of course, he’ll introduce himself to you after you pay him and begin the Devil social link, but diehard Persona fans most likely knew that this man’s payment request was important from the moment they met him.

More on Attack of the Fanboy :
Persona Persona 3 Portable

Attack of the Fanboy / GAME GUIDES / Should You Give the Man 20,000 Yen in Persona 3 Portable?