What are the details on Sniper Elite's cool new feature? 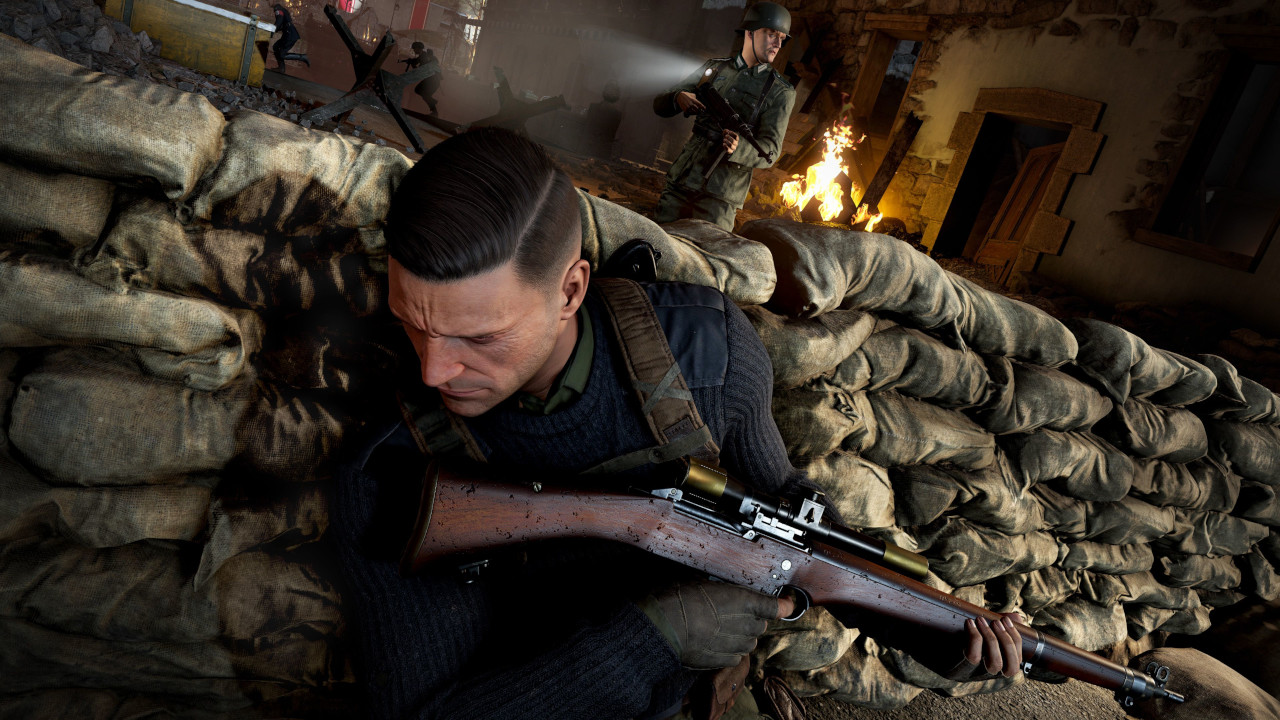 Sniper Elite 5‘s coming out soon, and it’s finally adding a cool feature to its particular blend of tactical stealth shooting.  Axis Invasion is a companion to the campaign mode that lets you as a player disrupt another player’s playthrough of any given mission in the story, rewarding bonuses to the victors; points toward weapon upgrades and cosmetics for invaders, and EXP for the regular players who defeat the invaders and complete the mission.  Be sure to read on for our guide on How Axis Invasion Works in Sniper Elite 5! If you’re choosing to be an invader, you select the Axis Invasion mode from the main menu, confirm your loadout and character appearance, and start matchmaking to find a campaign to invade.  As an invader, your main goal is to hunt down and kill the player character, by whatever means you deem appropriate.  If you succeed, each kill gets you rewards like weapons and skins, including the Ghillie Suit Sniper outfit if you earn a total of 100 kills, which in the grand scheme of things, isn’t so bad.  Playing as the invader is advantageous, giving you the cover of other German soldiers you can use to distract the player while you line up the perfect kill shot or sneak up behind them.

If you’re playing the campaign and are alerted by a red banner saying you were invaded by someone, stay calm, and keep an eye on your surroundings.  Remember, you can use the phones marked on the map when this happens, to reveal enemy positions, but doing so may alert them to yours.  Winning a fight with these invaders awards you additional EXP upon completing the mission.  Killing invaders also get rewards including different characters to play in the campaign, such as Charlie Barton of the French Resistance, or Jeff Sullivan of the US Army.  And remember, these invaders will fight differently, and so should you, so don’t be afraid to whip out the SMG if they get too close, and finish the job.

This concludes our guide on How Axis Invasion Works in Sniper Elite 5!  Be sure to check out our other guides, and our review!

Attack of the Fanboy / GAME GUIDES / Sniper Elite 5: How Does Axis Invasion Work?