Sniper Elite 5: How to Play Multiplayer with Friends

Test your mettle against one another, or cooperate against the Nazis with these options! 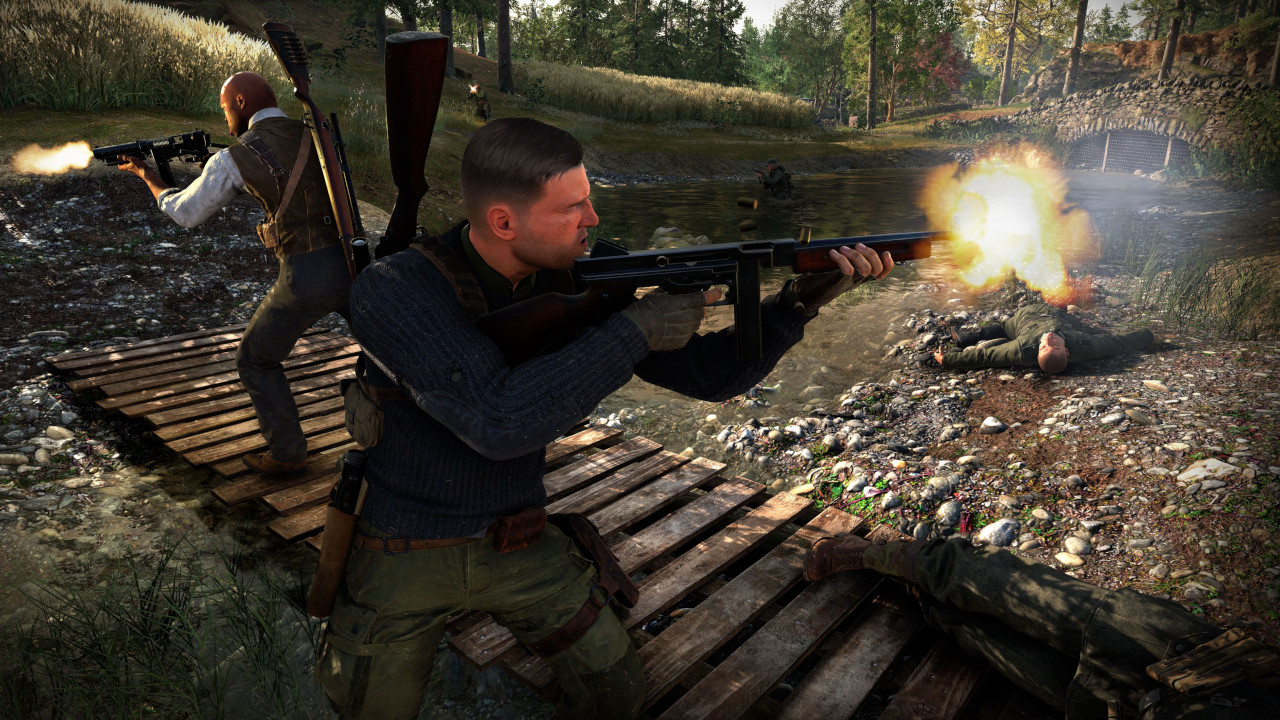 Sniper Elite 5 is almost out, and fans of the franchise will soon be able to play to their hearts’ content on the many sandbox maps laid across the game’s beautiful French countryside.  The game allows you, like in any Sniper Elite game, to creatively and violently take down foes from afar with its signature realism focusing on sniper play, with respect given to other methods you may choose as well.  The game is quite fun to play solo, but also has its perks when played with friends, and Sniper Elite 5 has several fun modes to enjoy with others.  Read on for our guide on How to play Multiplayer with friends in Sniper Elite 5!

Sniper Elite 5: How to Play Multiplayer with Friends

In addition to the obvious versus options available in the Multiplayer portion of the menu, you can also play Survival as one of up to 4 players across multiple platforms.  You can even enjoy Axis Invasion, choosing either to crash another player’s session or open yourself to invasion in your own game.  All of these options are available from the main menu upon starting the game.  Any of these options involve multiplayer action, although the former two are naturally the simplest options to play with friends, as Axis Invasion can send random invaders to random campaign sessions.   Finally, you can host or find Co-op games to work through the campaign with a friend.

The Multiplayer modes include Free-For-All, Team Match, Squad Match, and No Cross, as well as Custom Games where you can create sessions and make sure only your friends are the ones participating.  The game has lots of modes to allow you to play out all sorts of combat scenarios, whether deploying the signature sniper play, using snares and traps to take down unsuspecting opponents or going all-out with SMG or pistol action in close-quarters combat.  All of this translates well into Survival Mode as well, where any tactics that result in players advancing to later rounds are acceptable ones, and simply sticking to one vantage point will not suffice.

This concludes our guide on How to play Multiplayer with friends in Sniper Elite 5!  Be sure to check out our other guides, and our review!

Sniper Elite 5 releases on May 26, 2022, for PC, PlayStation 4 and 5, Xbox One, and Series X|S.  Game Pass subscribers will be pleased to know this will be free to play on the service as of day one of release.

Attack of the Fanboy / GAME GUIDES / Sniper Elite 5: How to Play Multiplayer with Friends