Snag every last Red Ring in this mesmerizing Egg fleet! 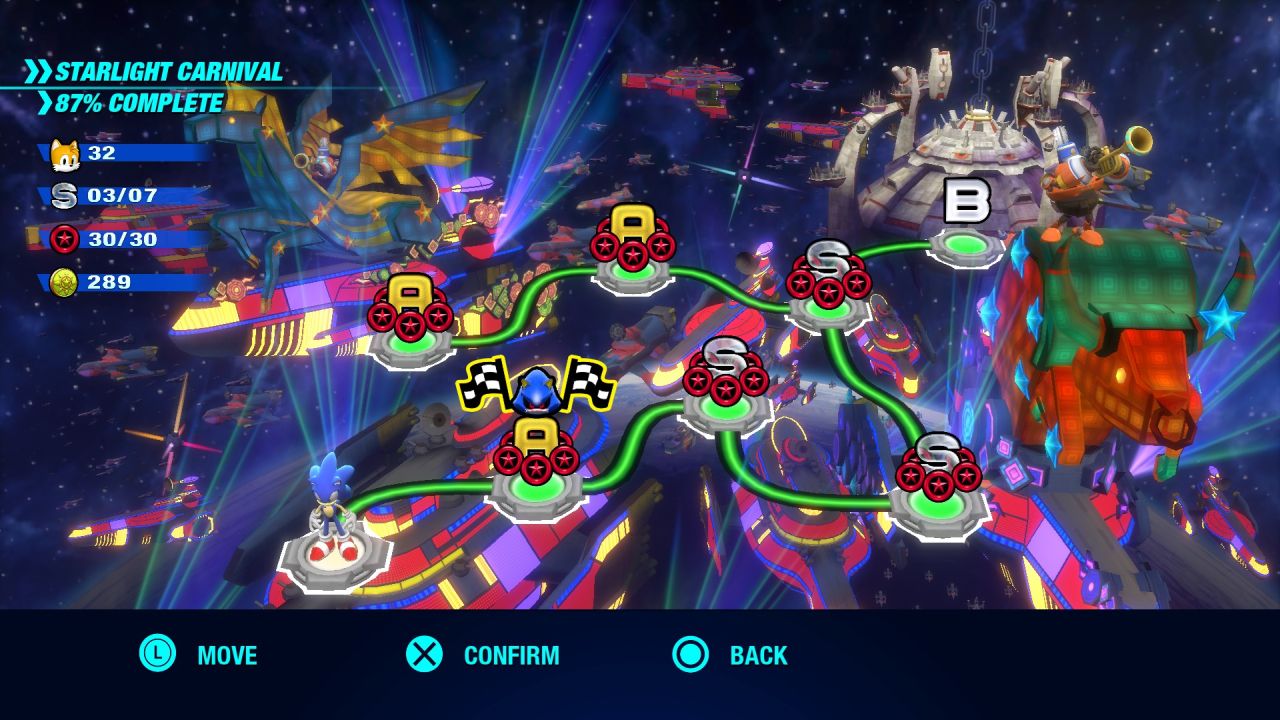 This is the final guide for the Red Star Rings in Starlight Carnival. Most of these rings are simple to find, but might require a few tries to actually obtain. Act 6 has a lot of these straightforward ones, but execution can be a bit tricky, especially when it comes down to timing and not dying in the process.

After the Badnik chase section, Sonic will go into a free falling section. The first ring will be in between a ring of spiked balls to the left. 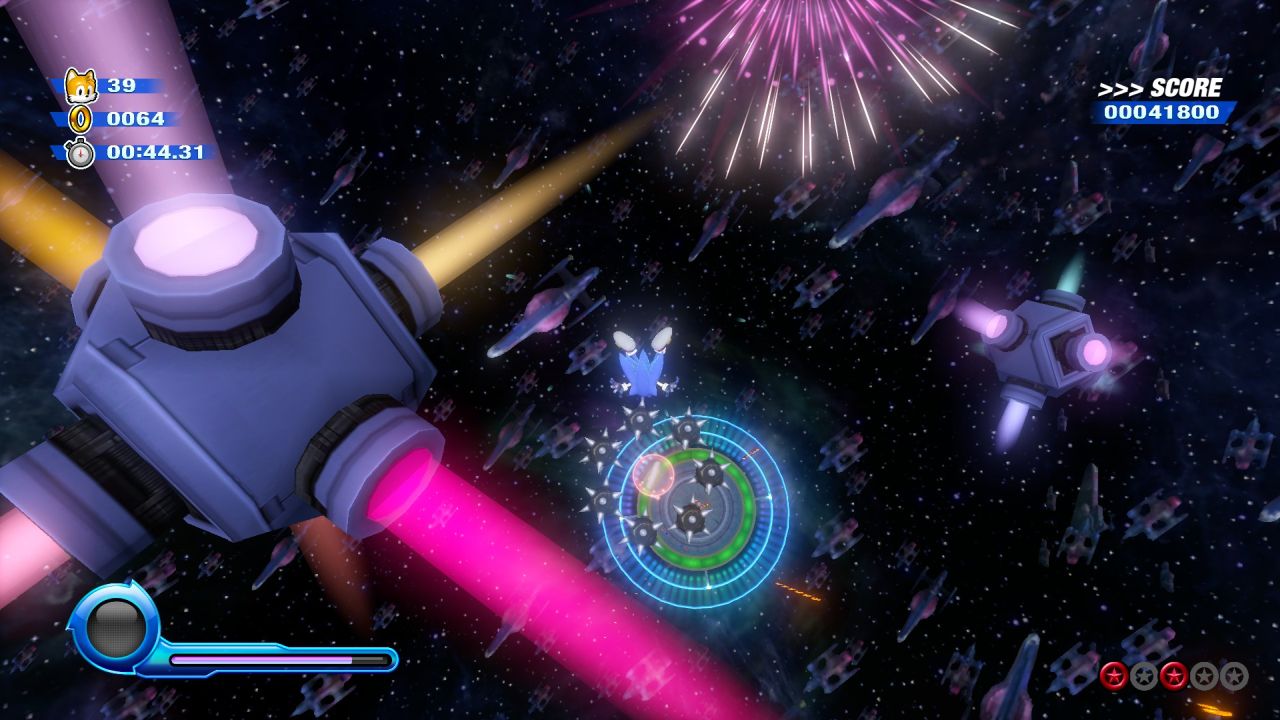 You will need the Pink Spikes Wisp to get this one. After the free falling segment, you’ll be in a 2D section and come across a top and bottom path. In order to reach the top path, proceed a bit further to get a capsule containing the Pink Wisp. Then, use it to make your way backwards, but traveling on the platform leading up to the top. You have to be quick about it too, because you do need it to last long enough to climb under floating crates. 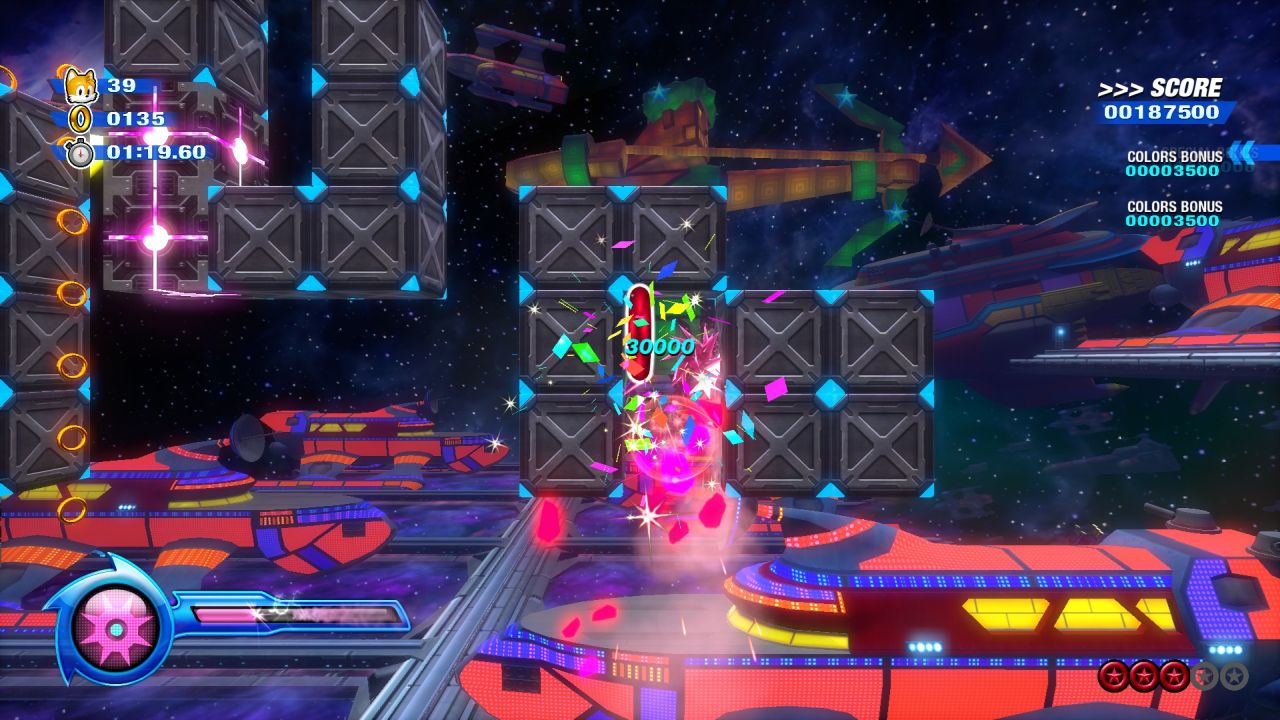 When you get to the section where you start having to go up, pick up the Green Hover Wisp and make your way to the left. There’s going to be a series of enemies that you can use your homing attack on to get closer. Activate the Wisp, fly under the platform, and the third ring is yours. 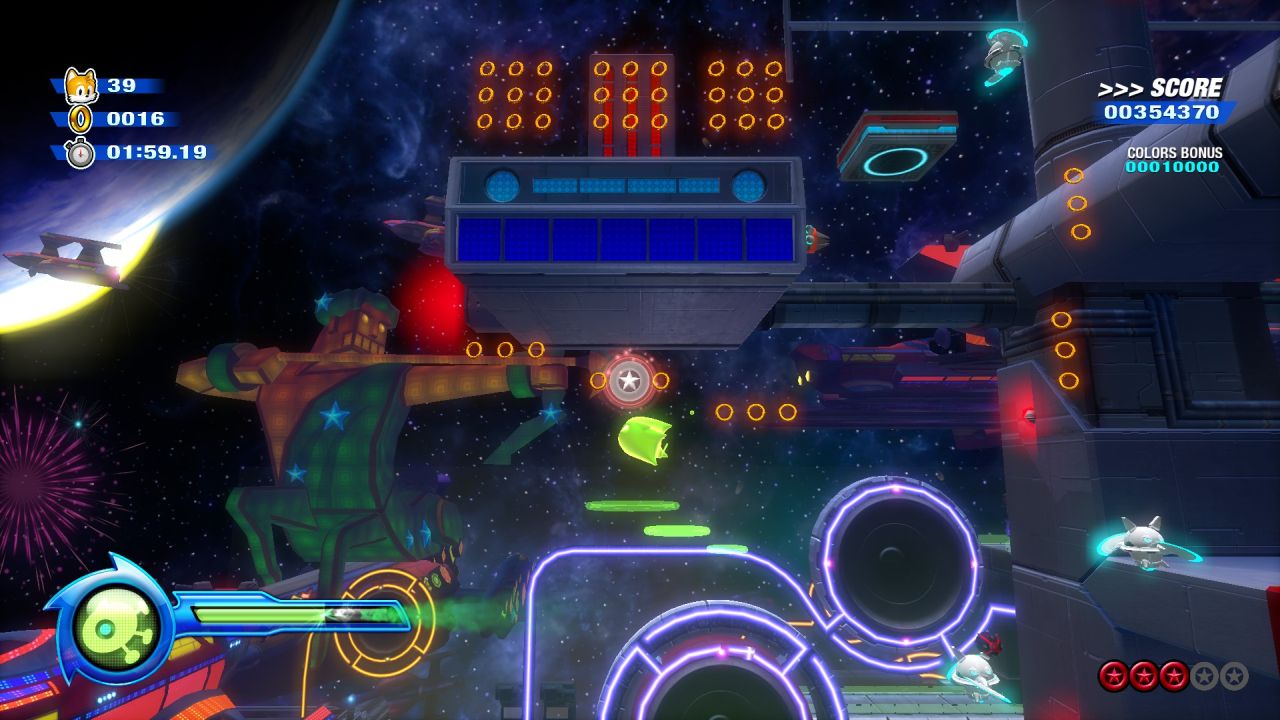 After you take the rainbow ring and the zipline, you’ll pick up a Pink Spike Wisp. If you were quick to catch it, you would have seen the 4th ring as you were ziplining. Go up the wall-jumping segment and make your way across a semi-hidden area with lots of crates in the Spike form. You have to be quick, though. The ability is needed to break certain crates and collect the ring from a hard-to-reach spot. Make your way up the tower at the end of the level until you get to this column that has a line of rings twisting around it. You will need the Green Hover Wisp for this, which should be available to you if you’re this far. Activate the Wisp on that section and perform a speed boost at the first ring. Hover Wisp Sonic will ride along that trail of rings and you’ll collect the final Red Ring just before hitting the Goal. 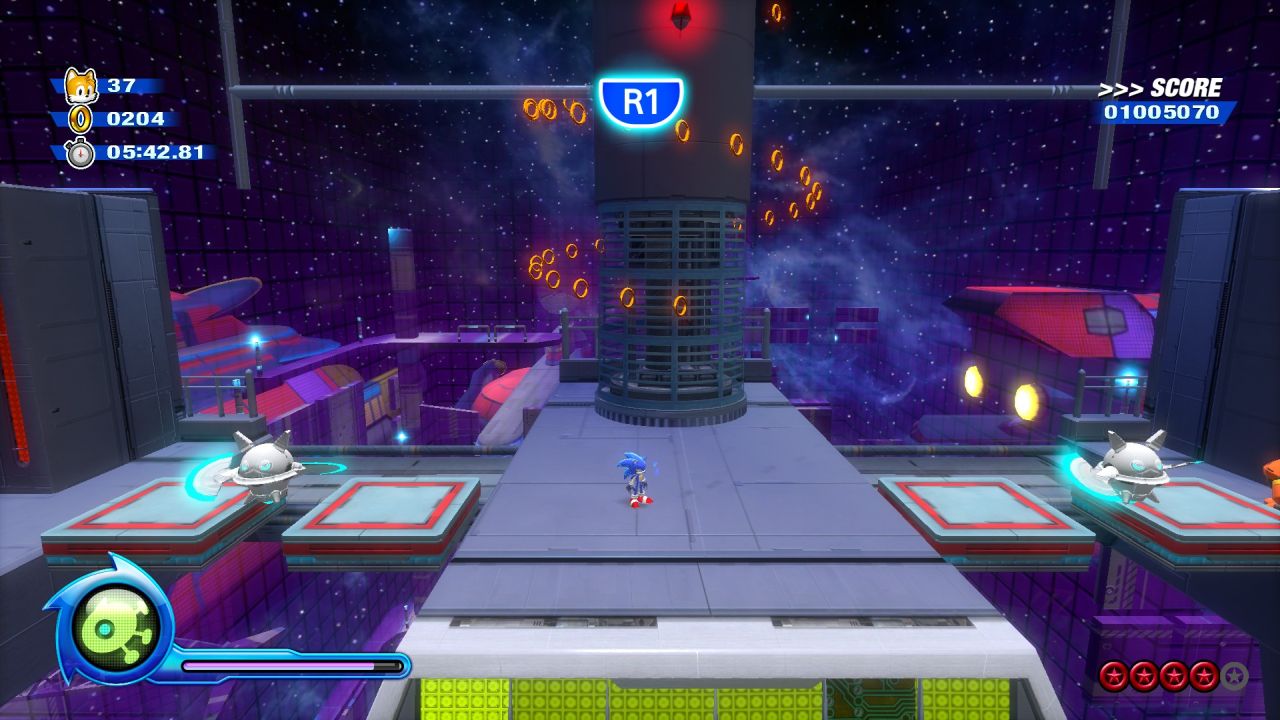 At the start of the act, pick up the Green Hover Wisp. Go to the right and there is an opening. However, if you look below, there are a series of platforms that, if traversed through carefully, lead to the first Red Star Ring. From where you originally started, go all the way to the left. Grab the initial Green Hover Wisp and make this long trek around a mini spiky maze. It’ll go from left to right, with refills for the Hover Wisp at every end. Keep following the path until you find the Red Ring surrounded by four bunches of rings. 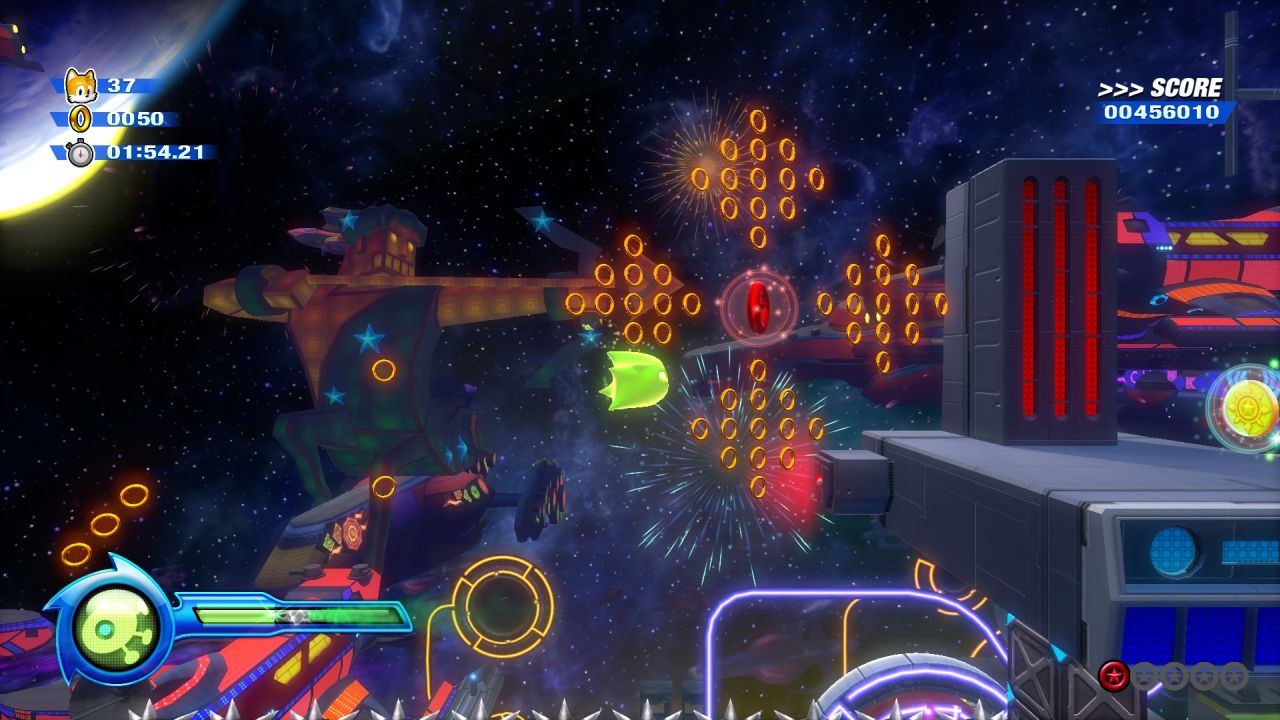 When you get into the part of the level where you have to start traveling upward via Hover Wisp, you’ll notice to the left, there’s a ring. To get to it, you have to keep making your way to the Goal Ring, but there will be an opening where you can drop down on the left side and make it to that ring. 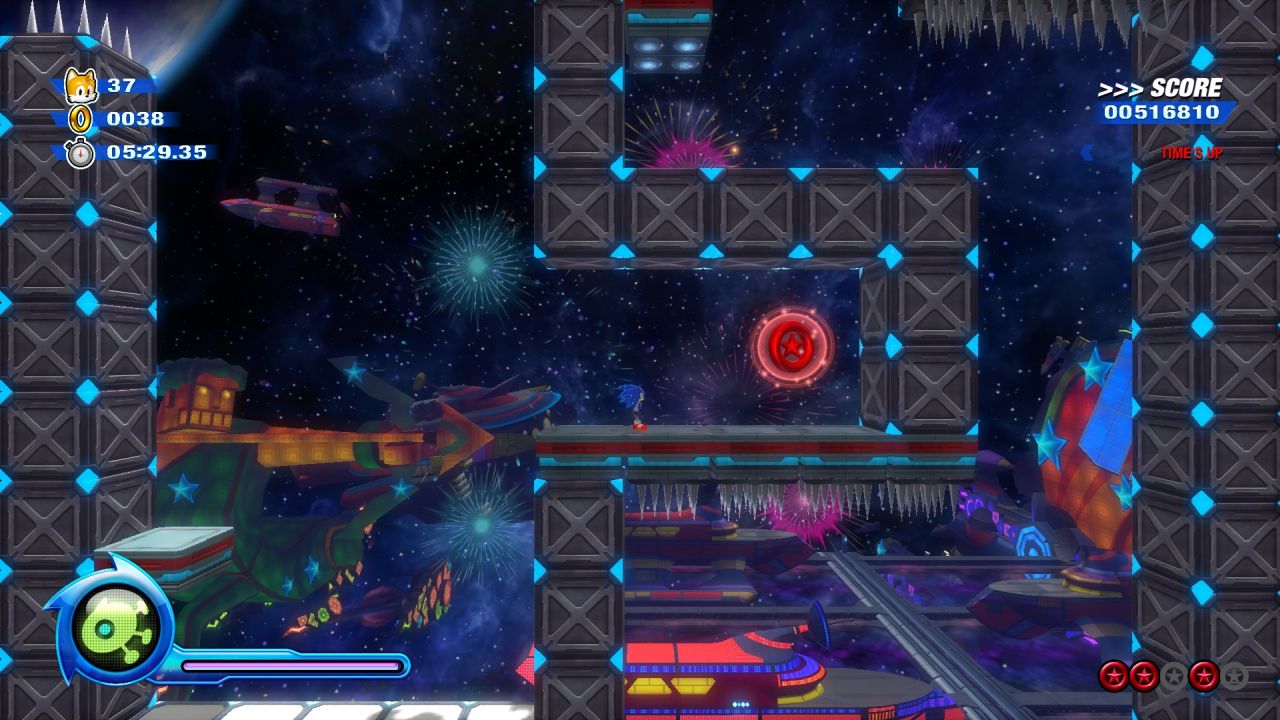 After getting the third ring, make your way down back to the part where you can go to the middle or right path. Once again, be in possession of a Green Hover Wisp. Press the button on the wall and it’ll activate a long row of rings. Quickly follow the trail by super dashing in Hover form. It’ll trigger a ring dash that should get you the fourth ring of this act. 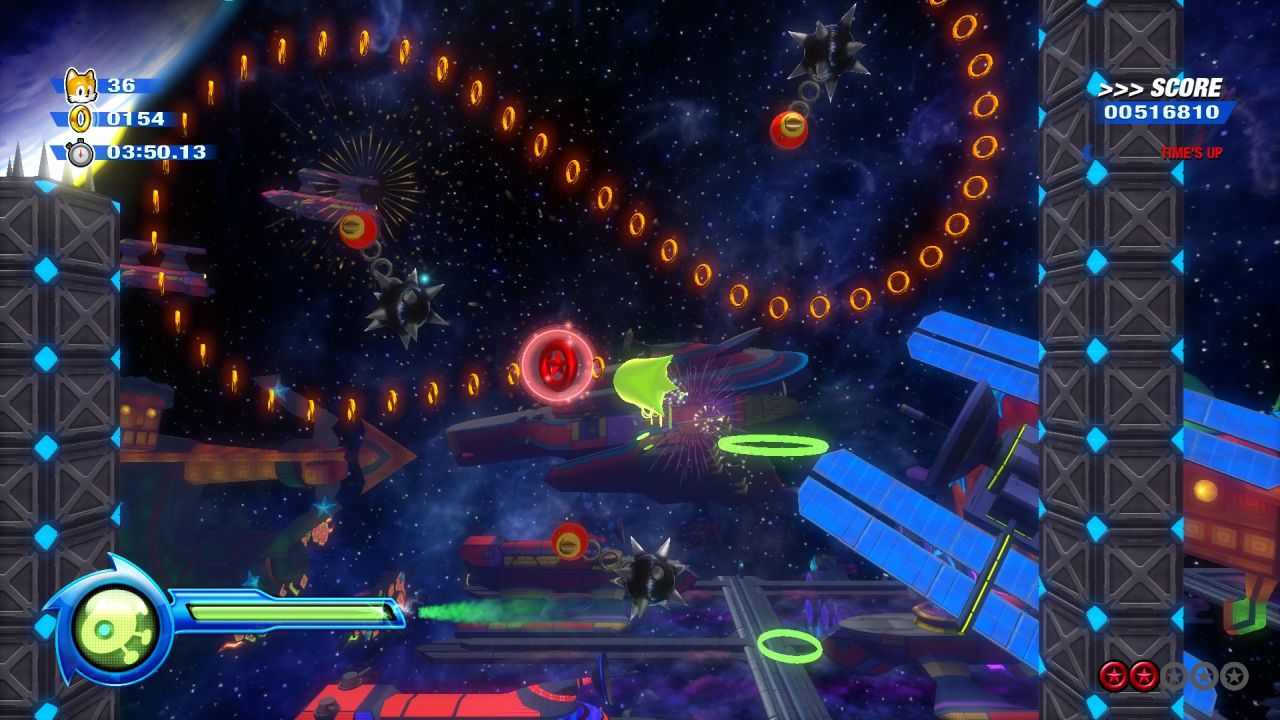 After the fourth ring, there will be another button placed facing downward splitting between two paths. Press it and it’ll reveal a group of rings and a Red Ring just under a ceiling of spikes. 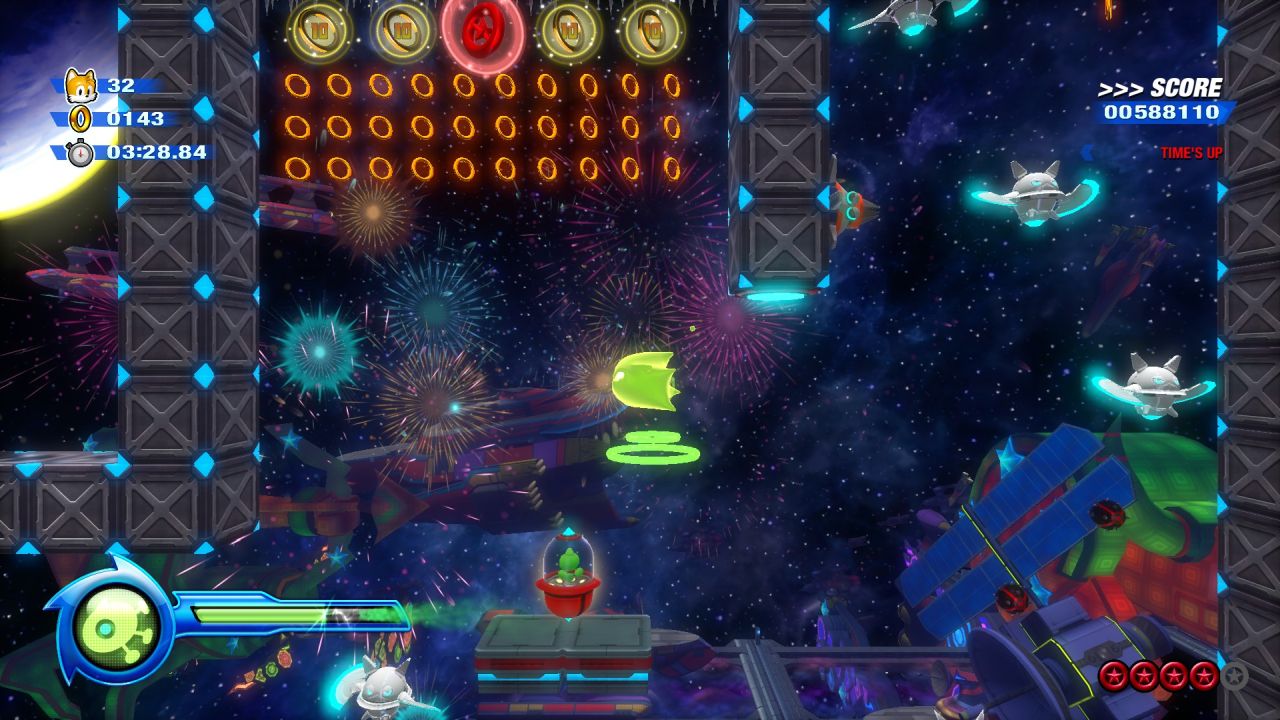