Earn the favor of the gods. 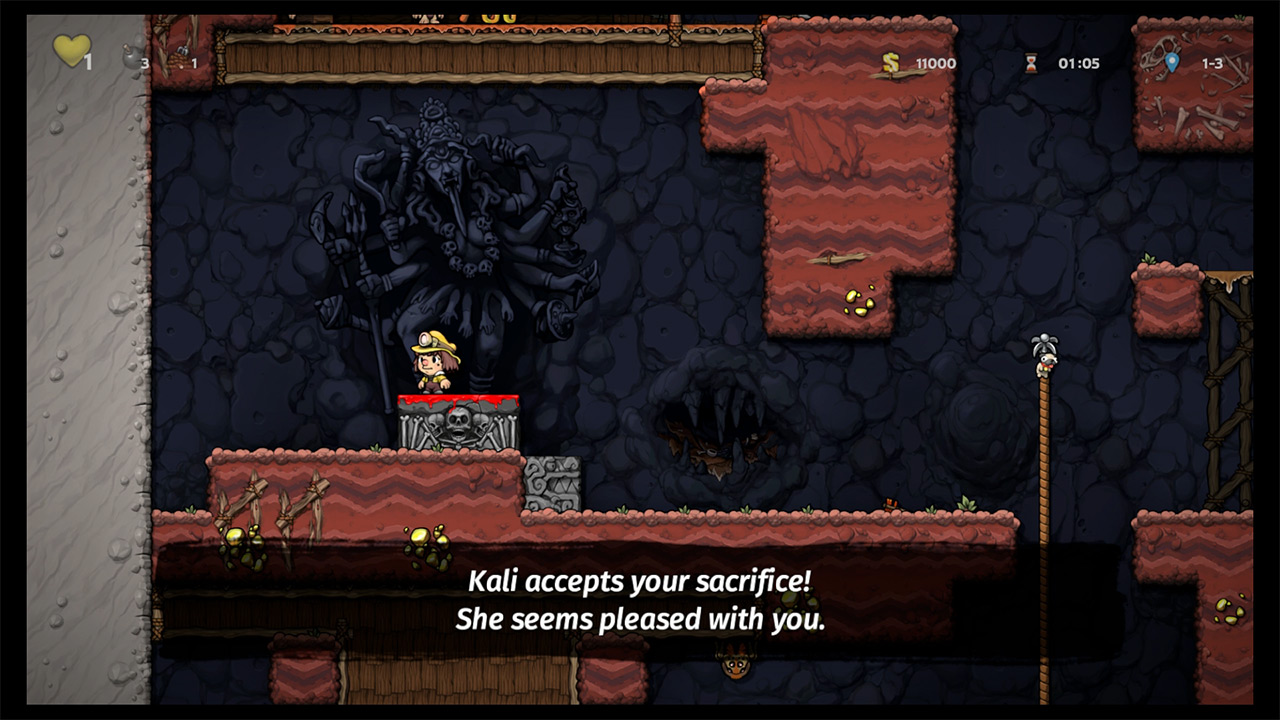 If you’ve played any amount of Spelunky 2 you’ve likely come across some strange things.  One of them is the bloody altar that can be found along with the weird wall carvings.  This shrine is a sacrificial altar for Kali.  In this guide we’ll explain what you need to do with the Sacrificial Altar and what the purpose is.

How to Use the Altar to Sacrifice in Spelunky

The altar is essentially a sacrificial table that allows you to bring and sacrifice certain characters in the game that are either dead or unconcsiouns.  Any character that can be carried and knocked-out can be sacrificed at the altar.  You will get more or less points depending on whether they are alive or dead.  If they are alive you will get double the points, which are known as the Favor of Kali.  At certain points levels you will be rewarded powerful items from the sacrificial table.  The higher you get the Favor of Kali the better items you will get from the sacrifice.  The items dropped here do seem to change from game to game.

So what you need to do to make the sacrifice is to find one of the tables.  Then either knock-out or kill certain enemies like the one in the image above (as well as many others, including pets, Cavemen, Horned Lizard, and more.  Simply incapacitate these NPCs/enemies and then pick them up and carry them to the table.  Simply drop them on the table and you will get a message that tells you whether the sacrifice pleased Kali or not.