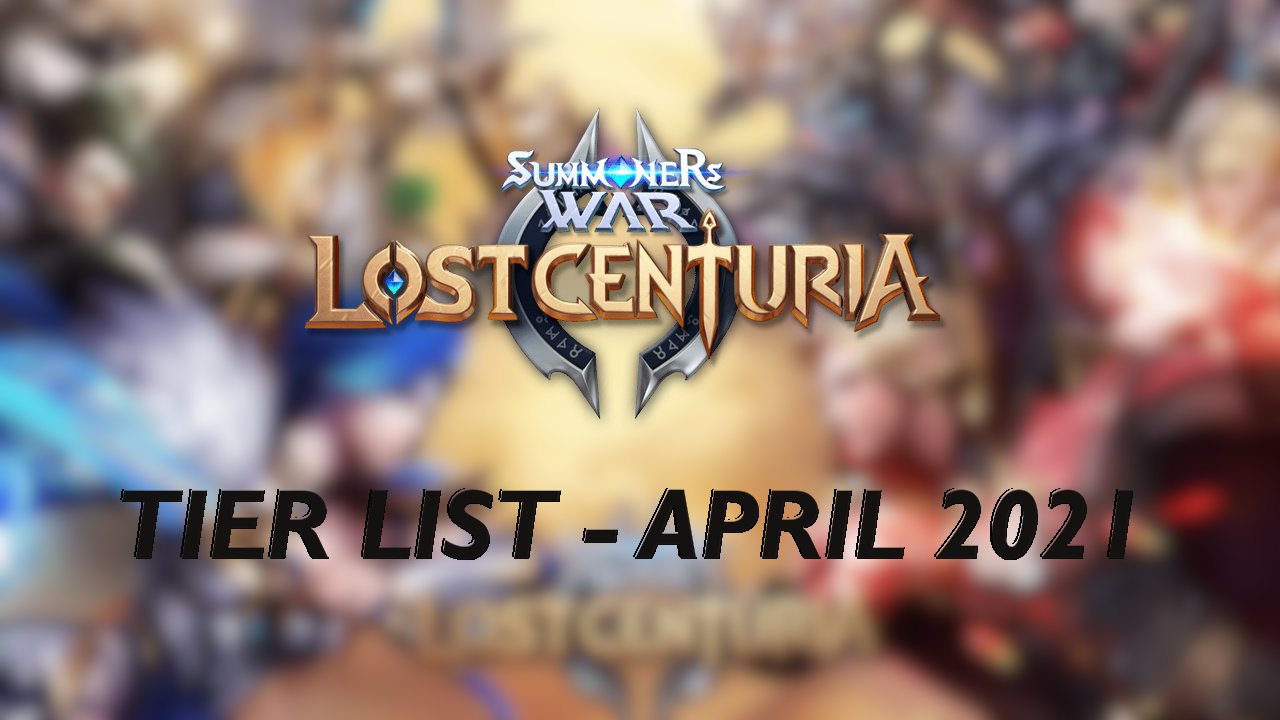 With Summoners Wars: Lost Centuria finally coming out of the closed beta, players all over the world are already trying to look for a Tier List to see which characters are worth investing to, and which aren’t. As with any gacha game out there, resources don’t come easily so you need to plan ahead on how to spend them wisely. Considering its highly successful predecessor, Summoners War, this new spin-off is for sure going to have a huge number of characters implemented, after a while of course. For the time being, we have a limited pool, which narrows down our choices for this Tier List. Let’s take a look.

Units will be categorized into four categories (Attack, Defense, HP, Support) and five Tiers in each of them, with S being the highest and D the lowest. As time goes by, this ranking system will for sure change as more and more heroes will be added to the roster. That said, here is the Tier List for April 2021, based on all the data gathered from the closed beta, up until now:

Perna is undoubtedly the best attacker right now, with Lushen coming close second, who could potentially be an S tier as well if it weren’t for Perna’s ‘burn’-like effect. Having similar kits, they can fulfill the same role, with the rest of the gang filling gaps here and there depending on who you have leveled up the most. Thrain in particular has a great AOE ability with stun elements as well, making him a great pick overall, and Lapis is given to you for free in the tutorial, enabling you to utilize her from the begining.

Due to how few they are, Defense units can easily be ranked, and of course the mascot of the franchise would take the number 1 spot in this category. Artamiel is by far one of the best tanking-support characters in the game, and a Tier List would feel wrong not having him that high up.

Another easy category, HP units are simply there for their huge HP pool and great support and damaging abilities. To no one’s surprise, Rakan is placed at the top, and in my opinion Woosa could potentially be up there after some more testing, considering how game changing his ability can be, if used correctly.

Easily the most valuable type in Summoners War: Lost Centuria, Support characters are always here for supporting the core of our team, with a lot of options as well. While Chloe, Ganymede and Hathor certainly taking the lead for this role, you can’t go wrong with any of the rest supporters in the game, even if being in lower Tiers. Elucia would be the only one to try and avoid, as she is lackluster compared to others.

With that, we covered the current roster of the game and where every unit is sitting at right now. There is no doubt this list will need to be changed after a while, and we will be here updating it the soonest possible.

Summoners Wars: Lost Centuria is available on Android and iOS. For more related content for the game, make sure to stay tuned with our list of guides.