Fill out your level options 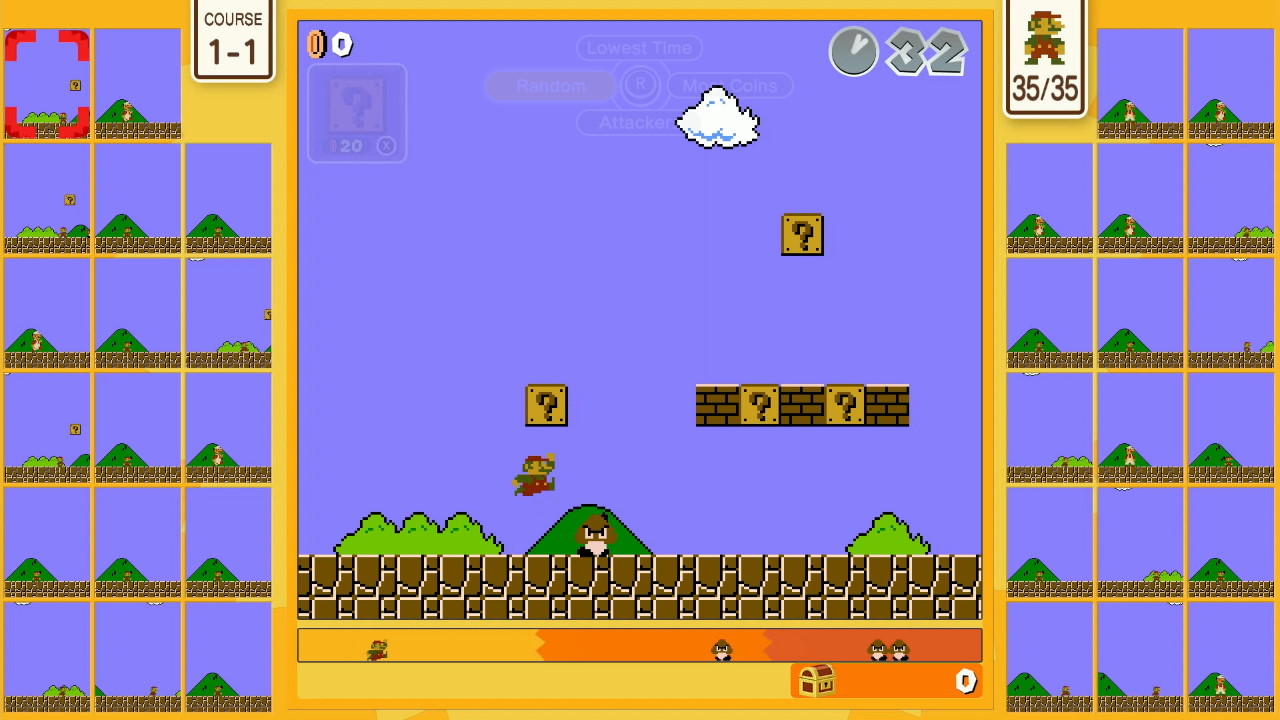 Everybody has played through the original Super Mario Bros. from start to finish right? Well, whether you have or haven’t most gamers have at least touched the NES classic. And now it has arrived on Nintendo Switch in a whole new form. Super Mario Bros. 35 pits 35 players against each other in a battle royale fight to stay alive till the very end. But just mixing up the goal and genre isn’t all that was done here, even level progression is brand new, with most levels locked up when you start. Here’s how to unlock levels in Supe rMario Bros. 35.

How to Unlock Levels

Super Mario Bros. 35 is very unique in how it unlocks additional stages for each player. As the 35 combatants join the game they can pick one stage they have encountered before. These are compiled together into a pool of levels the players will have to adventure through, with a random one being selected once you complete the current stage. But this means that the levels on offer are determined by what the current players actually have available to pick from. This has led to a ton of 1-1 and 1-2 play throughs for anyone who has jumped into the game at launch. It’s changing slowly though thanks to this tip.

If the other players choose a stage you haven’t unlocked and the game decides to let you play through it then you’ll unlock it that way. That is the only sure-fire way to unlock a new level for choosing in later games. But there is one trick, which involves the warp zones that can somtimes be featured on a Super Mario Bros. 35 stage. On World 1-2 and 4-2. It’s rare to play 4-2 but 1-2 comes up all the time.

To get to the warp zone here you just need to go over the final warp pipe back up to the surface. Blocks line the ceiling and you just need to get above them either by jumping on blocks early on or using the lifts that come shortly before here. Get up to the top of the stage and keep moving to the right, past the warp pipe and you’ll reach the warp zone. For 4-2 watch for the platforms that are moving down with three horizontal blocks afterward. The leftmost block is a beanstalk that will take you to the other warp zone.

Once you get to these warp zones it all comes down to chance. The levels offered here are still among the group being pulled from, but you can pick from three options. If you spot one you haven’t unlocked before just pick it and by the end of the game you should have a new choice before starting a match now that you know how to unlock levels in Supe rMario Bros. 35.