Super Mario Run Beginner’s Guide: Everything You Need To Know 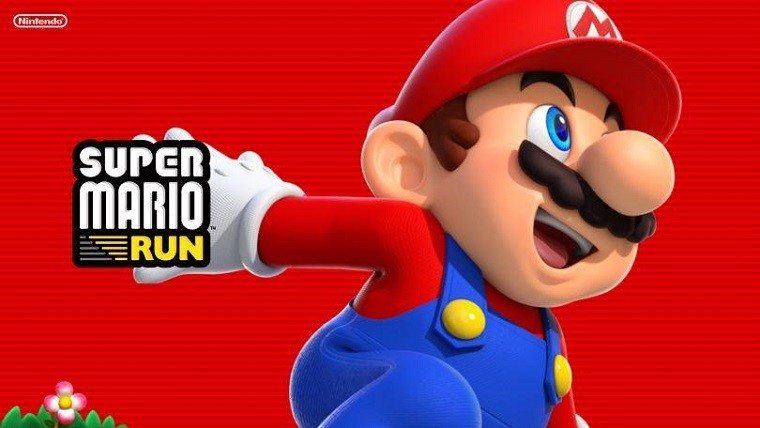 Super Mario Run brings the tried-and-true 2D-platforming action to mobile audiences today, which is one of the most-anticipated games of the year. While the core idea of the game remains unchanged compared to other Mario platformers, there are some new twists to the formula that set it apart from the rest of the pack. This beginner’s guide will help you get started and on your way to successfully getting through the challenges that Super Mario Run throws at you.

While the game is available to play for free, if you want the full experience then you’ll have to pay $9.99. You get access to the first three levels of the game with the free version, which you can always start with and then upgrade to the paid version if you want more.

First of all, Mario runs entirely on his own, which is something that may be obvious due to the game’s title. Whereas previous games would have you controlling both Mario’s running and jumping, in this game you only have to worry about jumping. The move that you will be pulling off most frequently will be the basic jump, which you can perform by simply tapping the screen. Tapping longer will make Mario jump higher, which is essential to remember when it comes to clearing longer gaps or high obstacles.

Of course, there will be times when you’ll have to perform wall jumps in order to continue the level, and these are simple to pull off. All you have to do is jump at a wall and tap again once Mario has made contact with the wall, which will send him jumping in the opposite direction towards the adjacent wall. Continue doing this and you’ll be at the top before you know it.

Mario can also slide down slopes, which initiates automatically upon reaching the slope and will allow you to take out any enemies in your path as you slide through them. You’ll also get a speed boost, which helps reach out-of-the-way areas at the end of some of the slopes.

It wouldn’t be a Mario game without having power-ups at your disposal, and this one brings back some classics while incorporating some new ones. Super Mushrooms will make Mario bigger and Stars will make him temporarily invincible, just as they always have. Pause Blocks will appear regularly that will allow Mario to stop running, which will give you a breather to decide which course of action to take. Of course, if your plan fails you can always find a Bubble in a question mark box, which will allow you to travel back to any point in a level to try again. Rows of Arrow Blocks will also appear throughout your journey, which will cause you to jump backwards to reach higher platforms. Finally, directional blocks will cause Mario to leap forward in the direction they are pointing, which will help you cross gaps or reach coins.

While Super Mario Run will contain plenty of regular Gold Coins for you to collect, there are also special Challenge Coins that will be scattered throughout each level that are more difficult to acquire. Each level features three sets of these Challenge Coins, which come in pink, purple and black. Finding all five of the pink coins will then unlock the five purple ones, and finding all of those will then unlock the five black ones. Each set of coins becomes more difficult to obtain than the last, adding some added challenge for those looking for it.

This mode is essentially the game’s story mode, which features 6 worlds for a total of 24 stages. Each world contains hidden coins for you to collect, and each world also has a unique theme like the Airship or the Boo house. As the information above has alluded to, this mode plays very much like any classic 2D Mario game as you overcome obstacles and take down enemies along the way. Despite being a runner, there is still a flagpole at the end of each level that you’ll have to jump on in order to complete the level.

This mode serves as the game’s multiplayer mode, which has you competing against the performance data of an opponent to finish the level with the most points. This means you’ll not only have to complete the level, but earn points from collecting coins, defeating enemies and so on. You’ll get style points for pulling off cool jumps, which goes towards a star meter that initiates Coin Rush when filled. Coin Rush will put a lot of coins for you to collect in your path, which will come in handy when trying to get the most points. This is all done asynchronously, meaning that you won’t actually be playing against a live opponent. You need Rally Tickets in order to be able to play this mode, which you’ll acquire from playing through the World Tour mode.

The coins and toads that you’ll get by playing the first two modes will go towards the game’s final mode, which lets you create your own Mushroom Kingdom. Coins are what will allow you to buy things like flags and green pipes to decorate your kingdom with, but what you can buy is limited by the amount of toads you have acquired from Toad Rally. This means that you’ll want to spend an equal amount of time in both World Tour and Toad Rally in order to get the most out of Kingdom Builder.

You’ll automatically be able to use Mario at the start of the game, but you can also unlock Luigi, Yoshi, Toad, Princess Peach and Toadette. Luigi, Yoshi and Toadette are unlocked by buying their homes in Kingdom Builder, whereas you can unlock Toad by linking Super Mario Run to your My Nintendo account. You unlock Peach as soon as you complete the World Tour mode.

That about sums up everything you need to know about Super Mario Run, which will definitely be the new addiction for mobile gamers. If there’s any other helpful information that you learn while playing the game then be sure to let us know in the comments below!