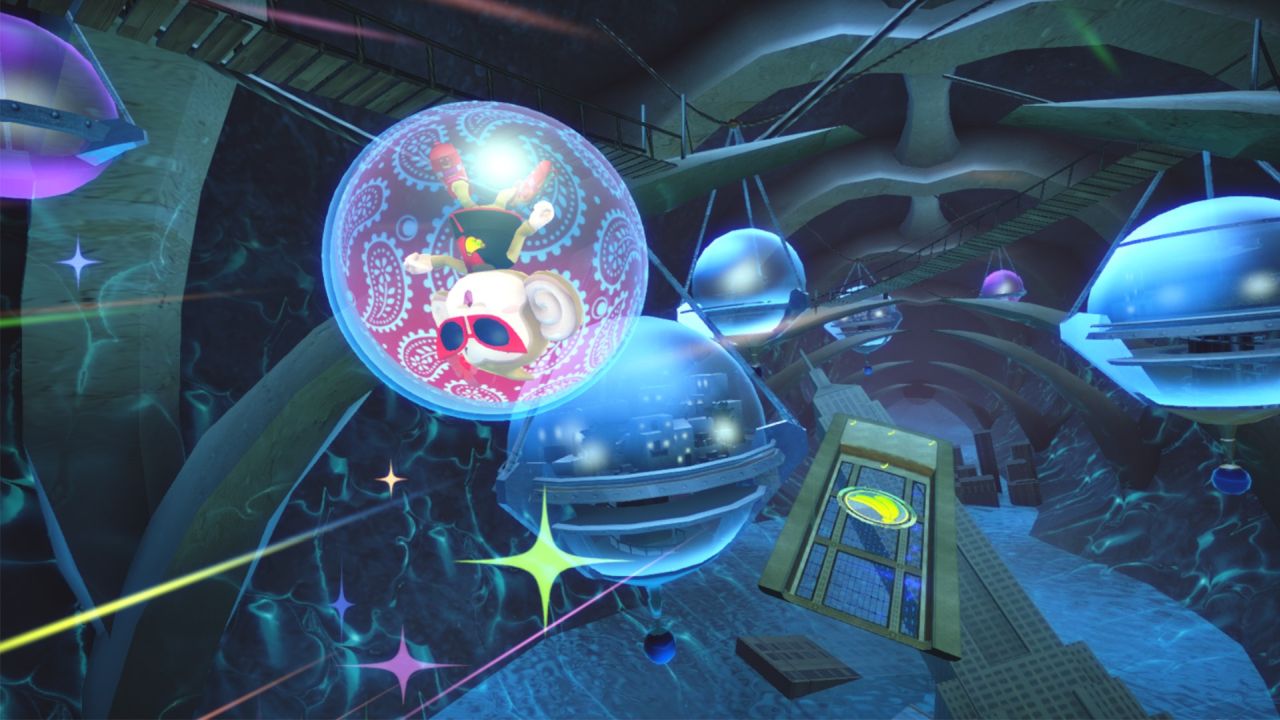 Super Monkey Ball Banana Mania is the remastered collection of the first three major console iterations of the franchise. It was and still is a puzzle-platformer game that requires the player to control how a level tilts rather than controlling the character.

Since the game doesn’t allow players to legitimately control their character, that also means you can’t jump. That mechanic wasn’t introduced until the Wii version: Banana Blitz. In Banana Mania, however, you can technically jump. Here is how to do that.

How to jump in Super Monkey Ball Banana Mania

Believe it or not, this game does allow for you to jump with your character, for a steep price. To gain the ability to jump, you’ll have to purchase it for 30,000 points via the Point Shop in the Special tab. The jumping ability is also something you’ll have to toggle upon unlocking it. Make your way to the Options menu to do so. 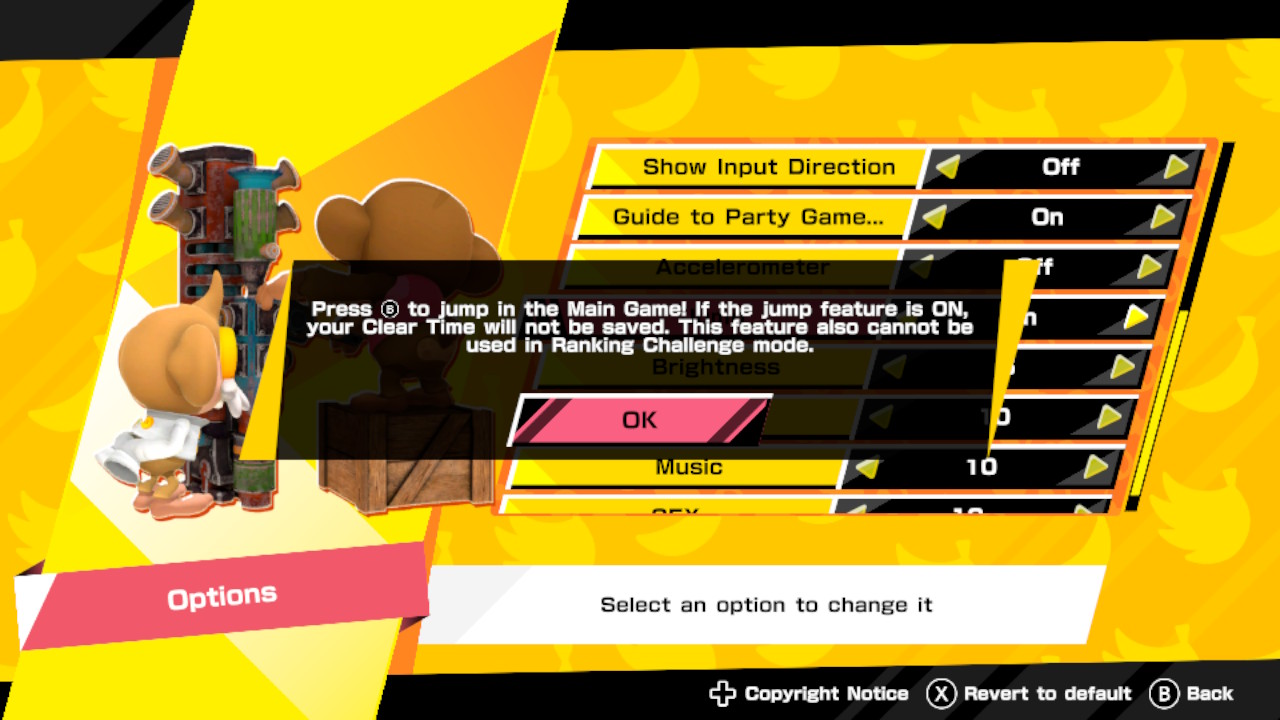 There are going to be some restrictions to this. Having the ability to jump does trivialize some levels since they are the same levels from the first three Super Monkey Ball games. They were designed without any sort of extra mobility in mind. Upon toggling the ability, the game will not save any Clear Times nor will it allow you to use the feature in the Ranking Challenge mode.

Clear Times include those from when you play in the Main Game. It would make sense as to why they wouldn’t be saved. You can perform some extremely time saving shortcuts or even avoid certain gimmicks to prevent fall outs, especially in some of the challenge modes. It would also make sense for the ability to be disabled in Ranked mode because everyone has to be on the same playing field or else times would be drastically different.

The price of 30,000 points does seem like a lot. Don’t worry, we’ll have you covered with a guide that can help achieve that faster. Also, the game naturally rewards you with a sizable amount of points by just playing any of the modes. Super Monkey Ball Banana Mania is set to release on October 5, 2021 and October 1 for people who bought the Deluxe Edition pre-order. It will be out on the PlayStation 4 and 5, Xbox One and Series S/X, Nintendo Switch, and PC via Steam. For any additional news and guides regarding this game, you can check that out by clicking here. 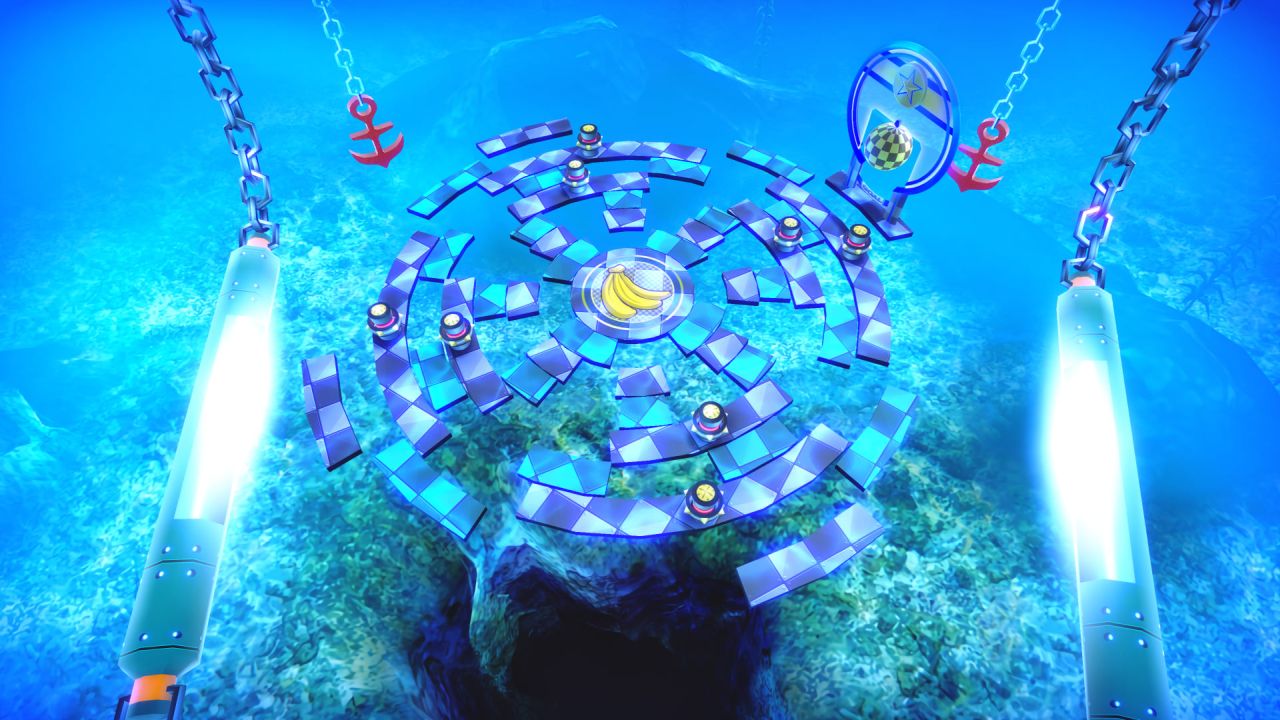 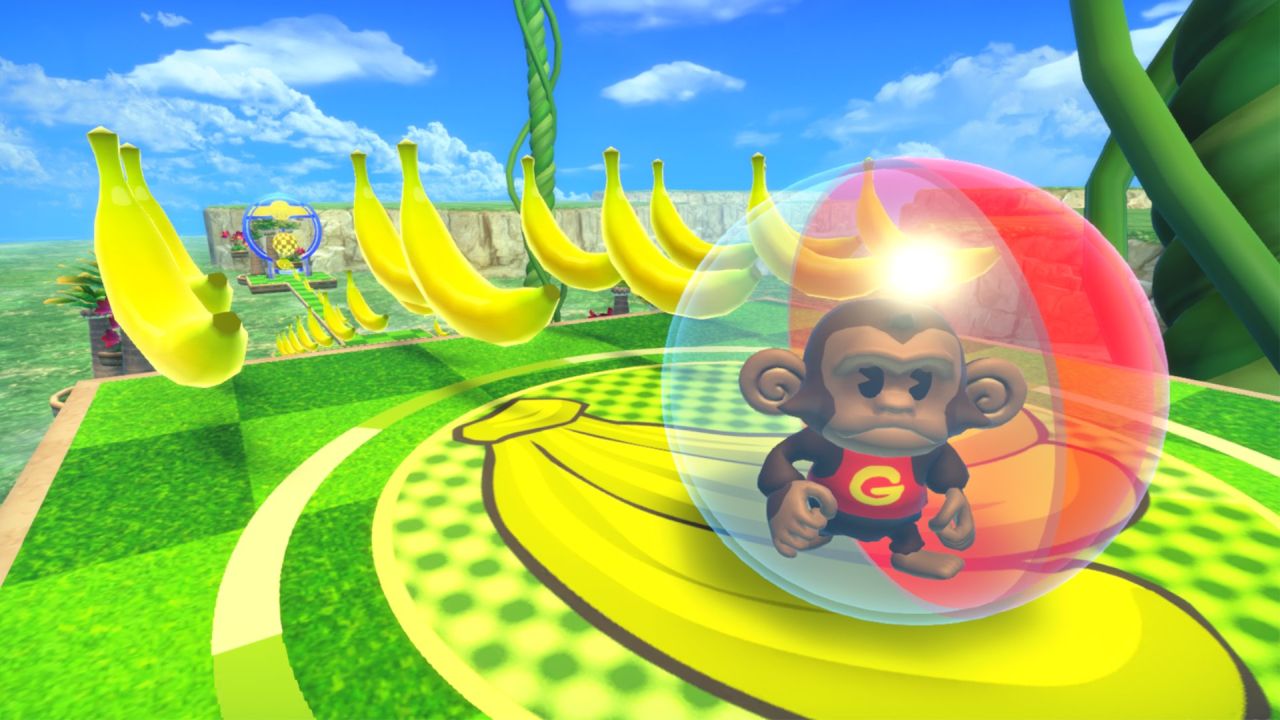