Tales of Arise: How to Change Outfits

Customize your favorite character's hair, outfit, and even weapon skins 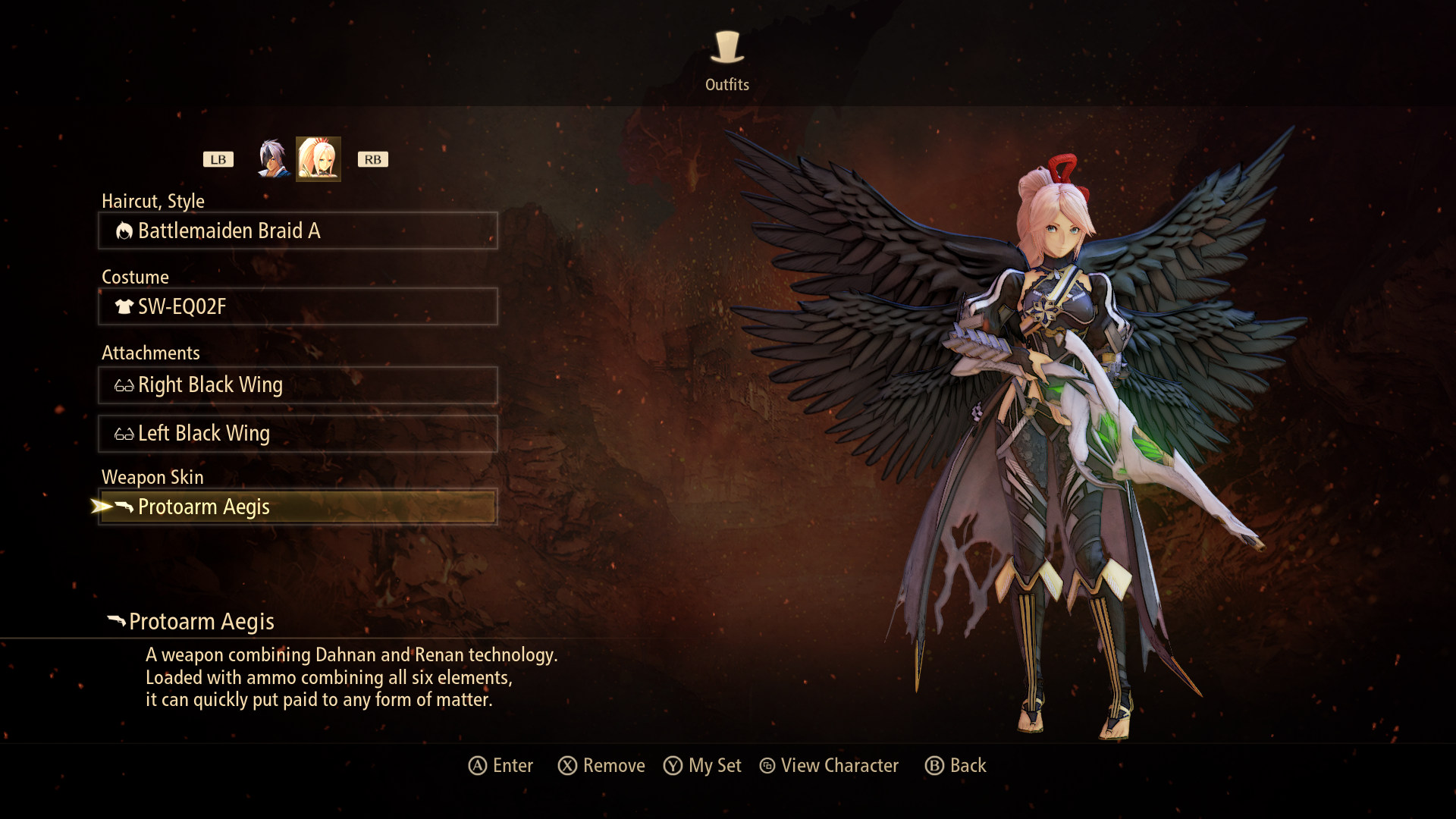 With all the awesome costumes available in Tales of Arise, you probably want to know how to change outfits, right? At launch, especially if you got the deluxe edition, Tales of Arise has a lot of great looks to claim through DLC as well as in-game unlocks. Unlike recent entries where the costume menu was a bit more hidden, Arise is very keen on ensuring players know not only that DLC is available but even allows players to check what they look like before purchasing. While this ends up becoming a bit immersion-breaking in our opinion since it’s opened from the very start for Alphen and Shionne, it’s nice to have a more robust way to really change how each character looks. Here’s everything we know on how to change outfits in Tales of Arise.

How to Change Outfits in Tales of Arise

To change outfits in Tales of Arise, press the start button then select the outfits option. Once here, you can change each character’s hair, overall costume, two attachments such as the DLC wings or glasses, and even their current weapon skin. The weapon skin is particularly cool as the more weapons you get in the game, the more skins become unlocked. We mentioned earlier that you can preview the DLC before purchasing it so you know what it looks like, check below to see how!

While changing outfits is pretty straightforward, knowing what your favorite character will look like before wasting your hard-earned cash is important as well. To preview the DLC (be wary of spoilers) before you buy it, open the main menu, go to system, then downloadable content, and then finally preview DLC costume. This will allow you to check what each costume looks like on every character before you spend a penny. This is a great addition over previous titles where what you were getting wasn’t quite as transparent so you could end up stuck with some really ugly looks.

Tales of Arise is available now on PC, PS4, PS5, Xbox One, and Xbox Series X|S. Check out our review of the game here.

Home / Game Guides / Tales of Arise: How to Change Outfits