Changes to the shop among other things. 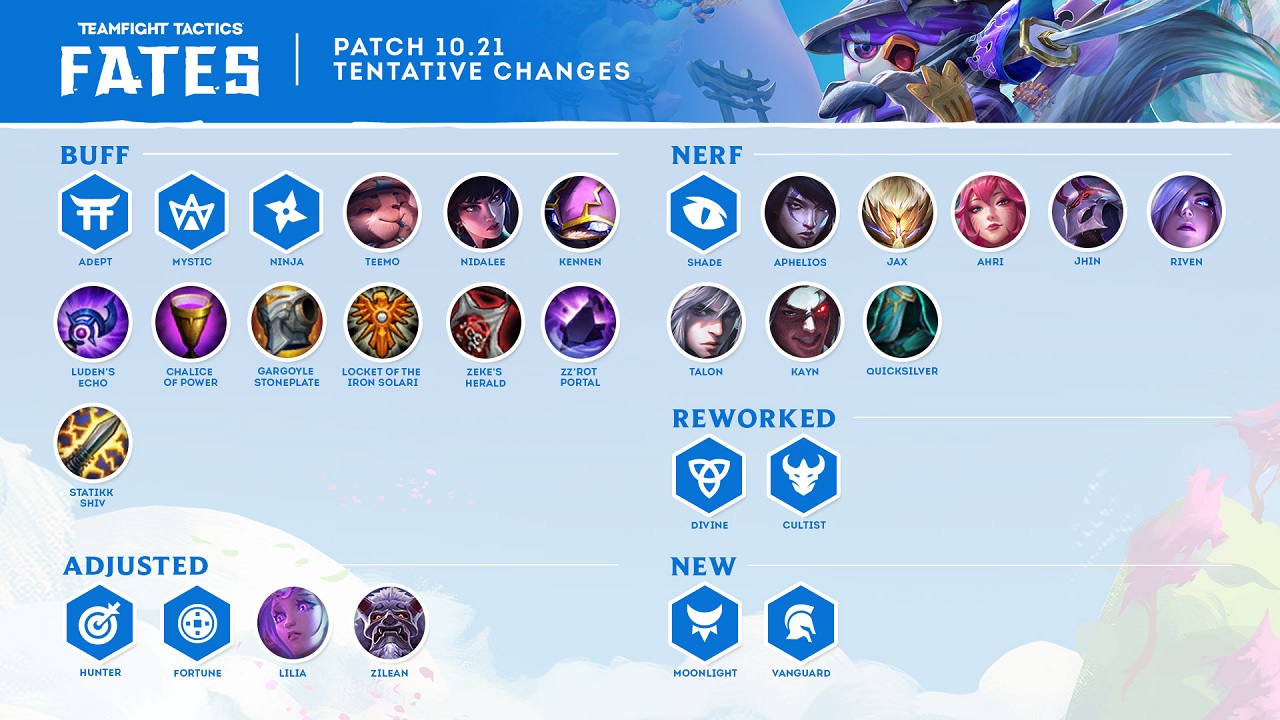 Teamfight Tactics released last year as a spin-off of League of Legends that uses the assets and characters from the game and utilizes the Dota Auto Chess gameplay instead of the MOBA gameplay. Like with League of Legends, Riot Games is often updating the game and the latest patch for the game has arrived recently. The game introduced some changes to the in-game shop at the beginning of Fates, but now they are reverting those and making a number of other changes in the latest update. You can see the full patch notes for the new update below or visit the League of Legends website for more.