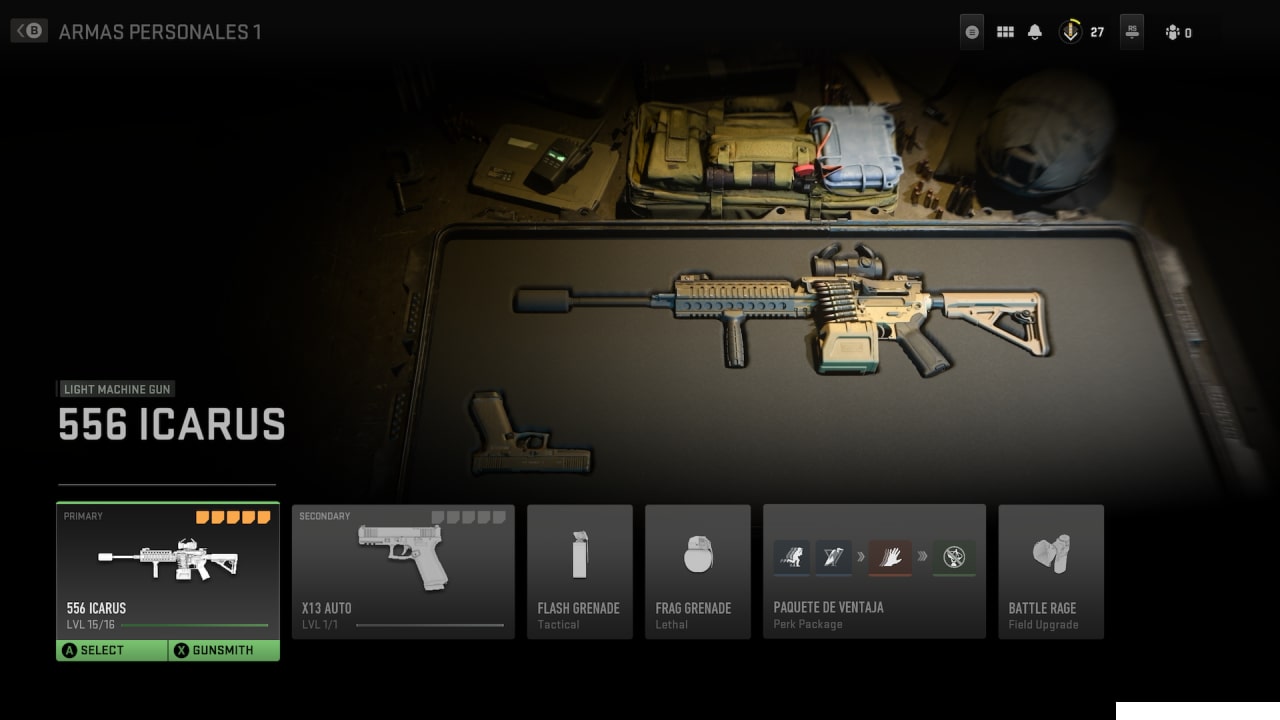 Are you looking for the best 556 Icarus loadout to dominate in Call of Duty: Modern Warfare 2? Well, you are in the right place. The 556 Icarus is the first and only LMG in the M4 family, making it one of the first heavy options available for all players. The LMG category is one of the few categories that receive little to no love in FPS games like this one, where the shooting is almost as important as the movement, but we will show you how this light machine gun will put you at the top of the scoreboard.

For the muzzle attachment, the Bruen Spearhead Suppressor will allow users to be stealthier than others, allowing them to fly under the radar when you are among players with louder weapons. Besides this benefit, this suppressor improves the weapon’s recoil control and smoothness. This suppressor will also lessen the weapon’s damage range, aim walking speed, aim down sight speed, and aim stability. The perfect option to go with this attachment is the FTAC Coldforge 16″ Barrel, a barrel that improves the weapon’s damage range, bullet velocity, and hip fire accuracy while slowing the aim down sight speed and decreasing the hip fire recoil control.

After going for the barrel attachment, we recommend players use the VX Pineapple Vert Grip to improve the weapon’s kick control, hip recoil control, hip fire accuracy, and even its aim walking steadiness. At the cost of a slower aiming down sight speed and walking speed.

To sum up, these are the best 556 Icarus attachments: 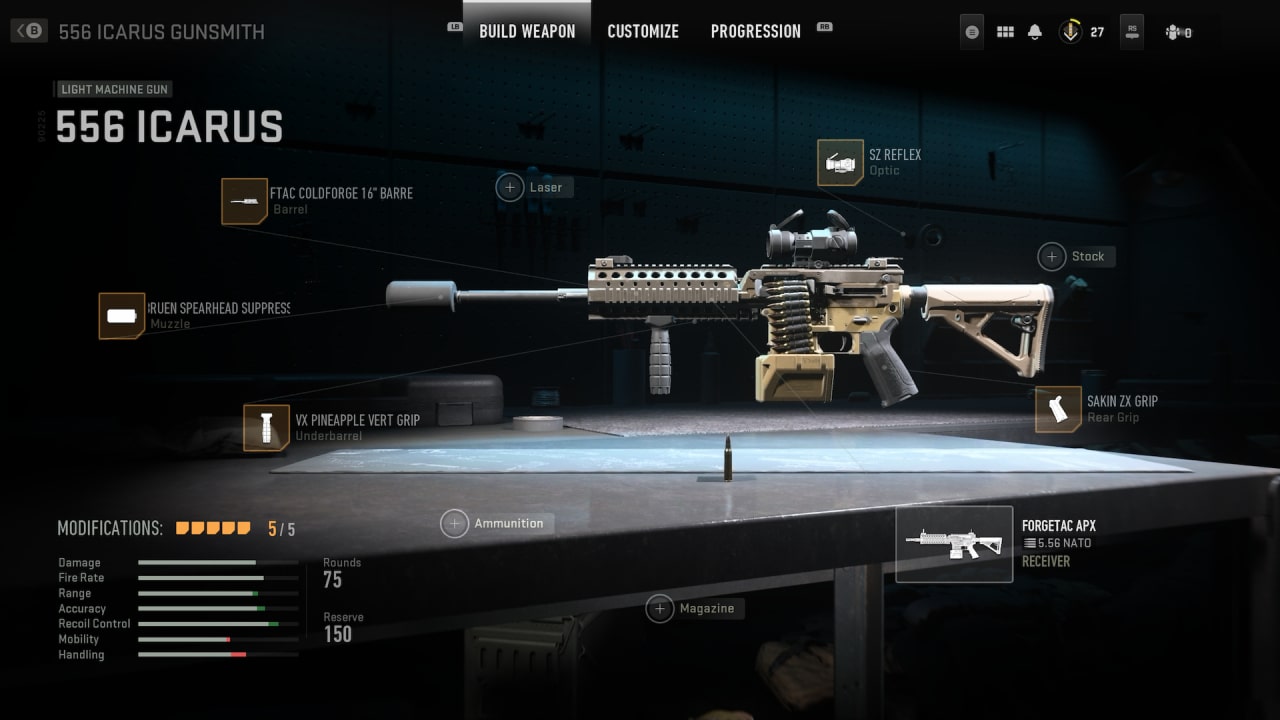 For your base perks, we recommend you go for the Double Time and Scavenger perks. The former will increase your movement speed, something very useful with an LMG like this one, while the latter will help you gather more ammo for your 556 Icarus. Something you will need when you empty your second 75-round mag.

For Bonus and Ultimate perks, players should use the Fast hands and Ghost perks. Fast hands will allow them to reload, use equipment, and swap weapons faster, while Ghost will make them undetectable by UAVs, portable radars, and heart sensors.

For Field Upgrades, players can go for either Battle Rage or Munitions Box, both will be useful as Battle Rage allows players to recover health quickly, become resistant to tactical equipment, and the tactical sprint is constantly refreshed. The Munitions box will allow players to replenish their ammo reserves while staying in the same spot.