This battle rifle will make the enemy team fear you. 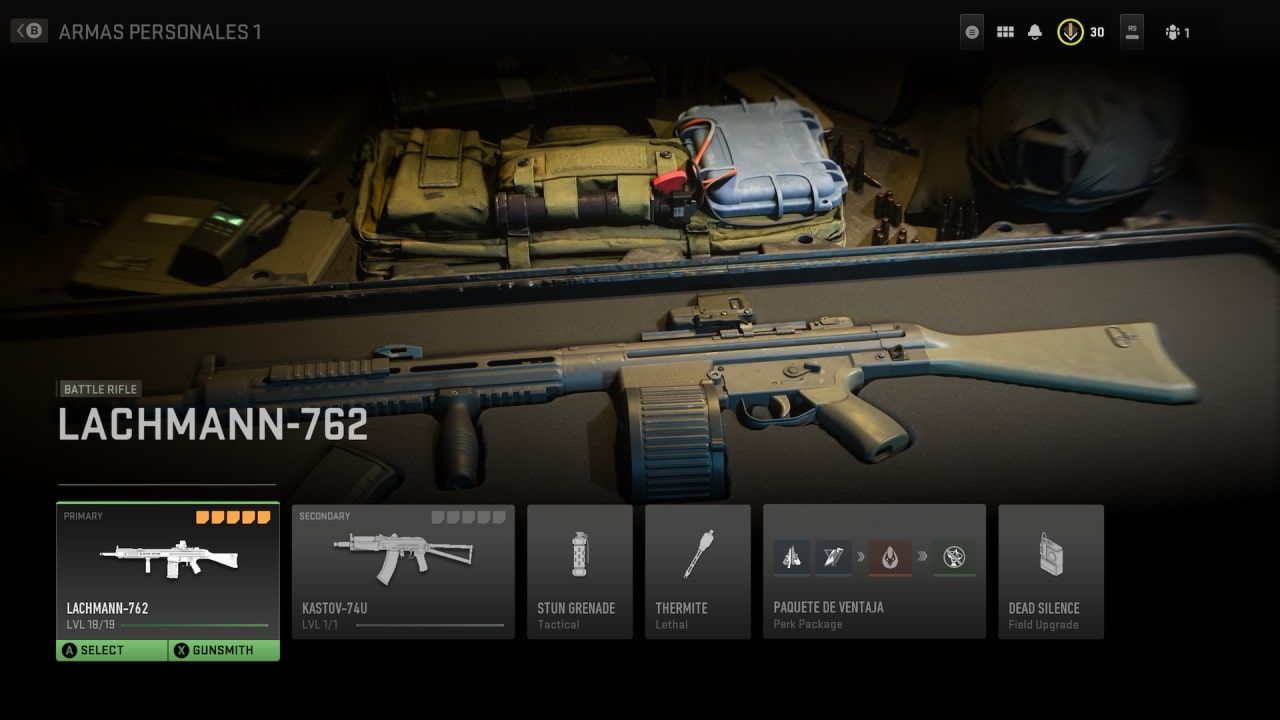 Battle Rifles are difficult weapons to master. The incredible firepower and range these weapons offers are subject to a lot of criticism and fear by players who cannot deal with harsh recoil. That is why we will give you the best Lachmann-762 loadout available, so you can start dominating your next matches in Call of Duty: Modern Warfare 2 with this fearsome and powerful weapon.

For the barrel, players will equip the Romeo FT 16″ Barrel. This option will provide a better bullet velocity, recoil control, damage range, and even hip fire accuracy, at the cost of some movement speed, aim down sight speed, and hip recoil control. Alongside this barrel, players will use the Sakin Thread-40 Comp. This compensator improves the weapon’s horizontal and vertical recoil, allowing players to track targets easier, all at the cost of some aiming stability and aim down-sight speed.

For the Under-barrel slot, we recommend players use the Lockgrip Precision 40, helping with the gun’s kick control, hip fire accuracy, and aim walking steadiness, at the cost of some aim down-sight speed.

For magazines, we went with the 50-Round Drum. This option will give players plenty of ammo to down several enemies without reloading. This attachment comes at the cost of movement speed, sprint to fire speed, reload quickness, and slower aim-down sight speed, Players can also equip the 30-Round Mag if they want to deal with fewer penalties.

To finish our loadout, players must pick the SZ Lonewolf Optic. This optic will help players keep track of enemy movement without dealing with its iron sights. Players could opt for an optic with more zoom, but this gun’s recoil is everything but easy to control, so the SZ Lonewolf Optic is perfect for newer players.

To sum up our loadout, we have the following attachments: For Tactical and Lethal equipment, players will use the Stun grenade and Thermite combo. These grenades will be of great use when players want to clear rooms or deal with enemies in hard-to-reach locations.

For Basic perks, we recommend players to use Overkill and Scavenger. Overkill will allow players to equip another primary weapon. In this guide, we recommend players go for the Kastov-74U. This compact assault rifle can deal lots of damage up close, and it also has good movement speed for its class. The Scavenger perk will give players more resources to last longer in the match without resorting to enemy weapons.

For Bonus and Ultimate Perks, players will equip Cold-Blooded and Ghost. Both perks will allow players to go through the map without triggering UAVs, portable radars, heartbeat sensors, thermal optics, and more. Giving players more chances to survive if another player tries to surprise them.

For Field Upgrades, players should go for Dead Silence. This Field upgrade will allow them to move through the map without making any sound for a limited amount of time. Perfect for when you need to get or retreat from a group of players without being heard.