Get ready for the new expansion. 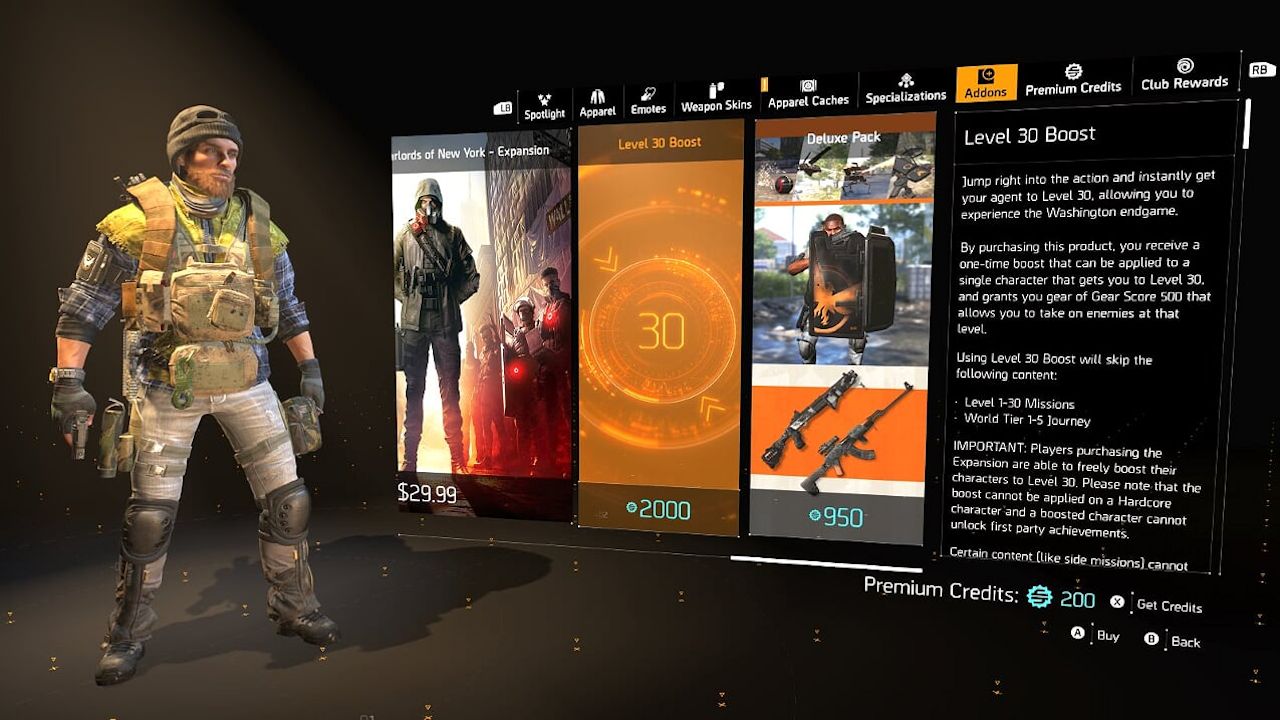 Tom Clancy’s The Division 2 is soon to be celebrating its one year anniversary of release, with Ubisoft just announcing the brand new Warlords of New York expansion just last week. Those who weren’t quite feeling the original game’s DC setting and want to make a return to New York will quickly discover they need to level up for the new expansion. For those people, Ubisoft has added a Level 30 Boost to The Division 2 and this guide will explain how you can get it and use it.

How To Get and Use Level 30 Boost

The level cap in the original The Division 2 release was 30, which meant that is what you wanted to be at by the time you were done with the base game. For those that never finished the original game or just picked up the game recently when it was on sale and don’t plan on playing through it all, you can quickly boost yourself to the level you need to access the upcoming Warlords of New York expansion.

Purchasing the Warlords of New York expansion within the first month of release will give people a special Level 30 Boost, but it isn’t automatic for existing or new players. The first step here would be to purchase the Warlords of New York expansion, though you can technically wait until you reach the final step to make sure you like the game for new players.

When you first start up the game, you have to at least make it through the first area until you reach the White House. This area serves as your Base of Operations in the game and opens up the world much more than the first area. From this point, you must unlock your first skill in the game and then you will have access to the store within the game, which is just where you want to be.

At this point, open up the menu and go to the store tab. From here, scroll over to the add-on section and you will see some options, including the Level 30 Boost. While technically you can purchase this boost for 2,000 premium credits, this should be listed as available if you purchased the Warlords of New York expansion. There is no reason to purchase it otherwise if you are getting the expansion now or around launch, so be careful not to spend more than you have to on it.

The Division 2: Warlords of New York expansion is set for release on Xbox One, PS4, and PC on March 3.