The Outer Worlds: Peril On Gorgon – All New Skills

The new DLC brings with it extra skills to pay the space bills. 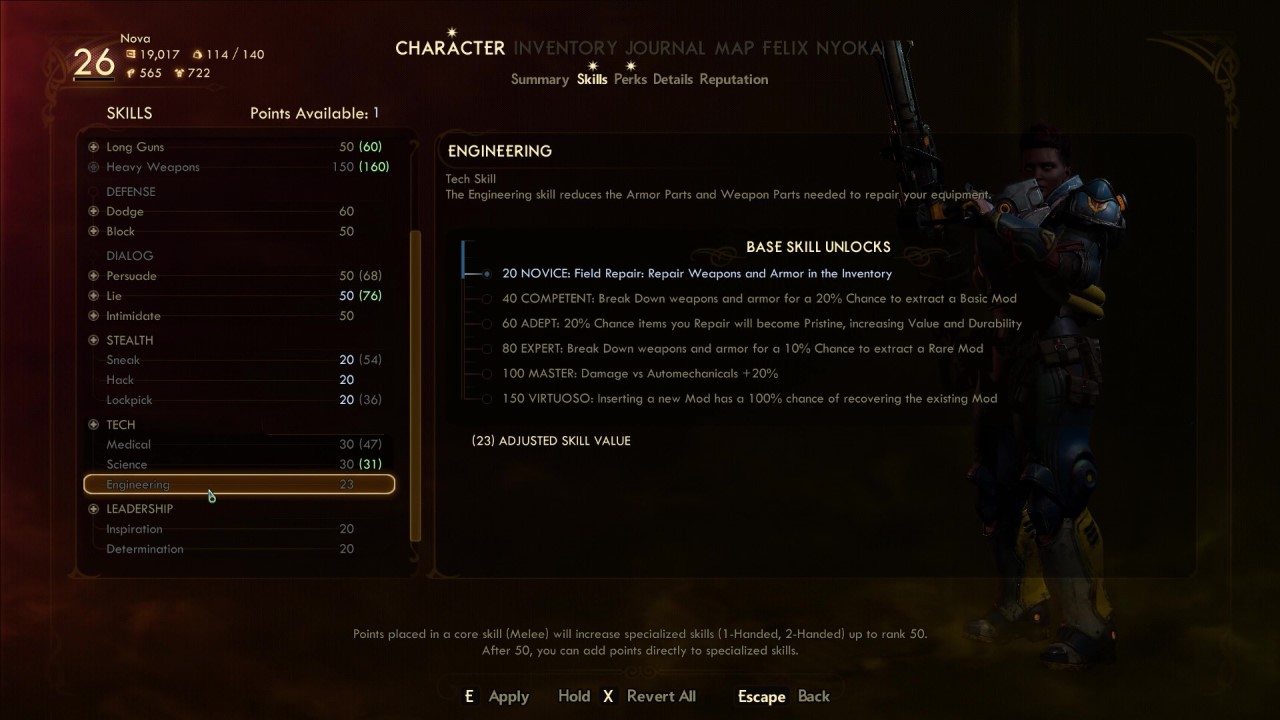 The Outer Worlds: Peril On Gorgon raises the level cap to 33, and adds a new 150 skill point ceiling to all skills. Included with this raise are new unlocks for each skill that provide substantial benefits to those who choose to specialize their character. You’ll need to invest a full-fat 150 points into a skill to grab these new additions, but they can be well worth the investment.

All of the new Peril On Gorgon skills are listed below in order by category: