Put some pep in your step with these perks. 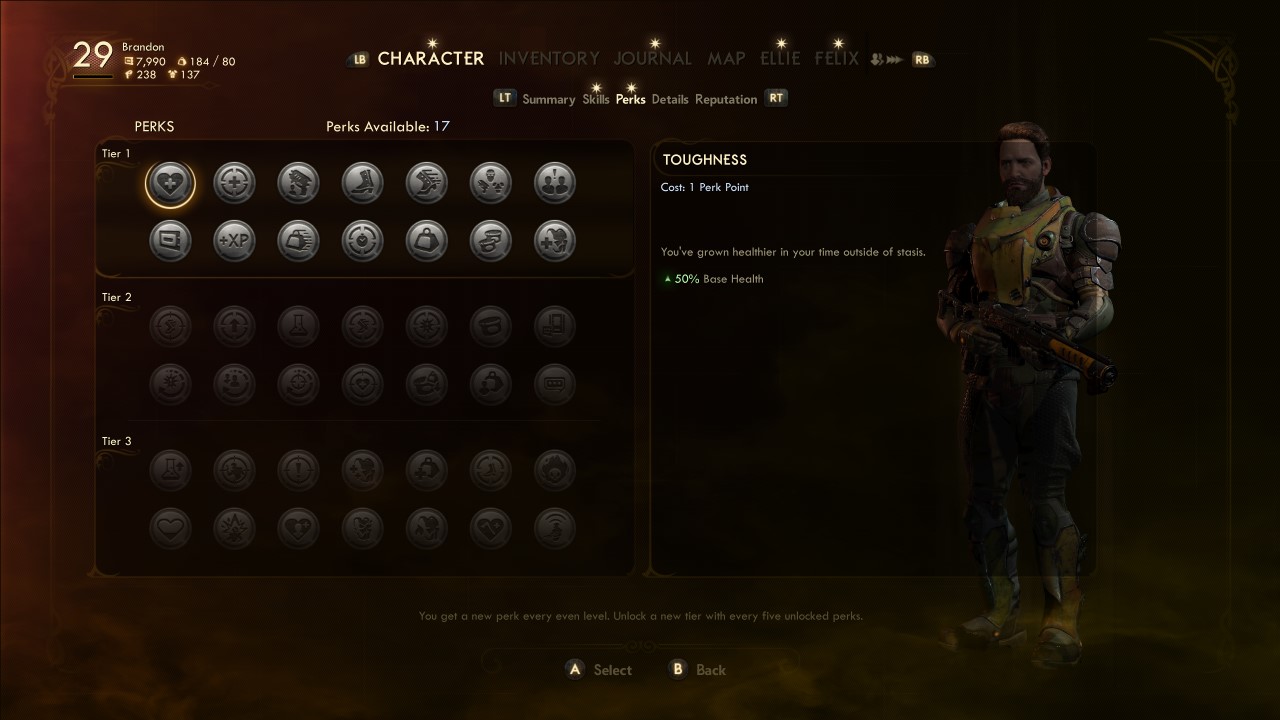 Passives: we all love passives; whether they turn out attacks into flaming strikes of death, or allow us to carry more illicit goodies to sell to unsuspecting vendors. The Outer Worlds perks are as varied as they are weird, and this guide will break down how perk points are earned, and what perks you can spend them on.

Perk points are earned every two levels, and through Flaws.

Every two levels you’ll be awarded with a perk point, starting at level 2. You get a single point to spend, and with the level cap being 30 you’ll get a grand total of 15 to spend. Thing is, there are 42 perks to choose from, so no pressure.

There is a way to gain extra perks, if you don’t mind suffering a permanent penalty. As you play The Outer Worlds you can unlock potential flaws. Say you take a lot of fire damage: you will eventually unlock a flaw that makes you take extra fire damage. Why would you do that to yourself, you ask? Well, because accepting flaws rewards perk points: one point per flaw.

As for acquiring perks in The Outer Worlds, it’s relatively simple: there are three tiers of perks, and in order to move on to a new tier you need to have purchased perks in previous tiers. Tier 2 unlocks at 5 perks, and Tier 3 unlocks at 10.

You’re not limited to 5 perks per tier, so you can certainly grab any combination of perks from any unlocked tier. If you want access to every available perk as soon as possible then you’ll have to either wait till level 20, or you’ll need to take on some flaws.

Listed below are all The Outer Worlds Perks. I’ve broken them down to tier and excluded the flavor-text.

Some perks do require special triggers if you wish to use them, so be mindful of these when selecting them for your build. Otherwise, perks provide a variety of useful passives that can give you the edge required to survive the corporate shenanigans within The Outer Worlds.