Master each of the various skills and their unlocks. Like any good Obsidian RPG, The Outer Worlds has skills that affect how your character will play and interact with the world around them. What separates the game from its contemporaries is the way in which they are distributed. In this guide we’ll be listing all the skills, their various unlocks, and discuss how to improve them. Cause, let’s be honest here, skills are how you pay the bills (I’ll see myself out).

The Outer Worlds skills and how to improve them.

There are seven core skills in which The Outer Worlds specialized skills are assigned: Melee, Ranged, Defense, Dialog, Stealth, Tech, and Leadership. Each core skill has two to three individual specialized skills within, but you can’t assign points directly to them until they reach 50 points invested.

Wait, what? Okay, keep up with me here: in The Outer Worlds you start by assigning skill points to a core skill (say, Melee), raising each specialized skill within that category by 10 points during character creation, and by 1 point once in the game proper

Once any one specialized skill reaches 50 points you can then dedicate skill points directly into it. Assigning a point to a core skill will no longer contribute to specialized skills that have reached 50 points.

That said, each specialized skill also has unlocks associated with it that become available for every 2o points invested, with the first unlocking at the 20 point threshold. These unlocks, and later skill checks, are the reason you will focus on specific specialized skills after clearing the 50 point mark.

Below I am going to break down each of The Outer Worlds skills for reference, with the core skills effects followed by each associated specialized skill and its unlocks. I won’t be giving the exact stat breakdown, nor the starting amount for each specialized skill (because this is affected by your attribute distribution).

As you invest points the interface will tell you exactly what the statistical jump is for that specialized skill (for example, going from 9 in one-handed to 19 boosts the crit chance for those weapons from 24.2% to 54.5%). One last thing: Tactical Time Dilation (AKA Active VATS) will be abbreviated as TTD for brevity. 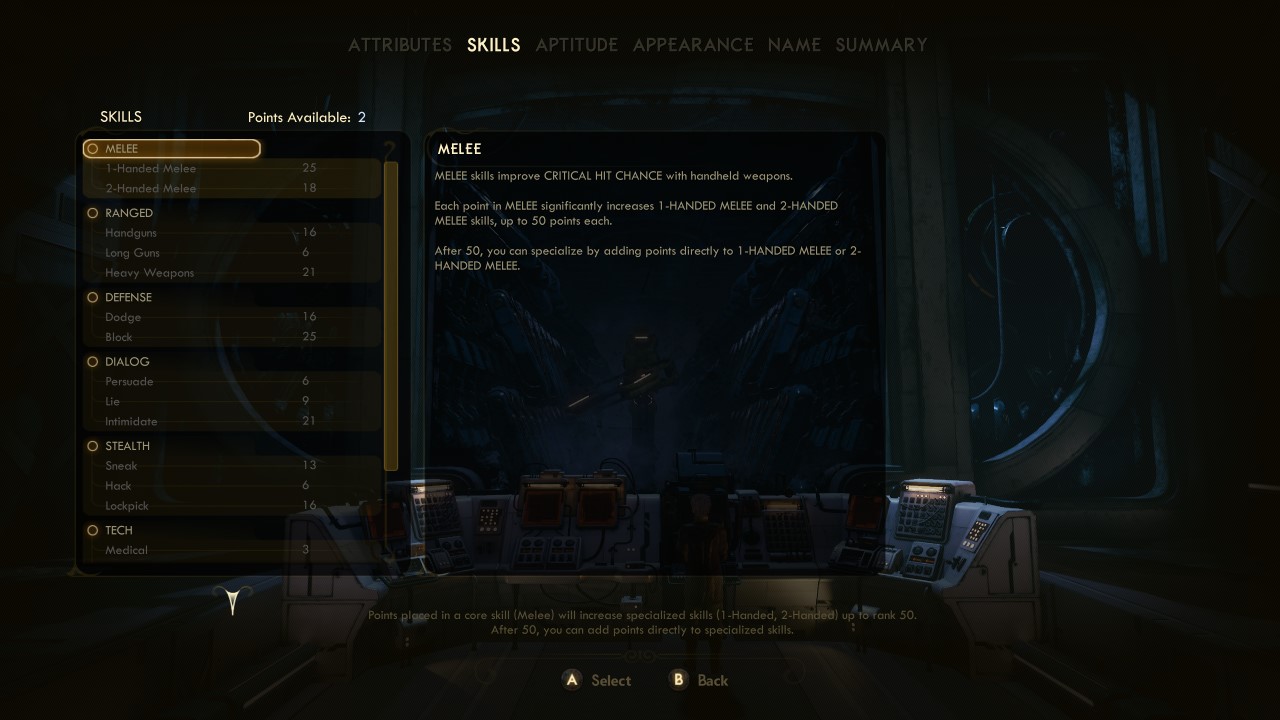 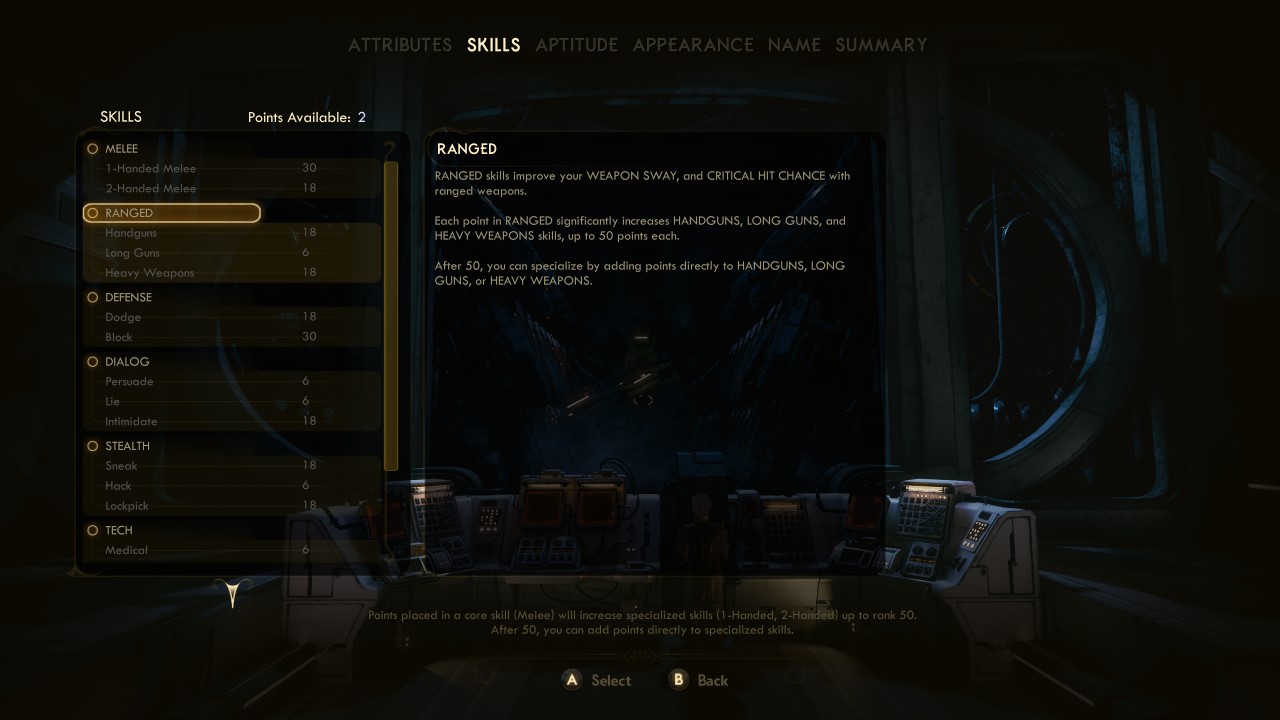 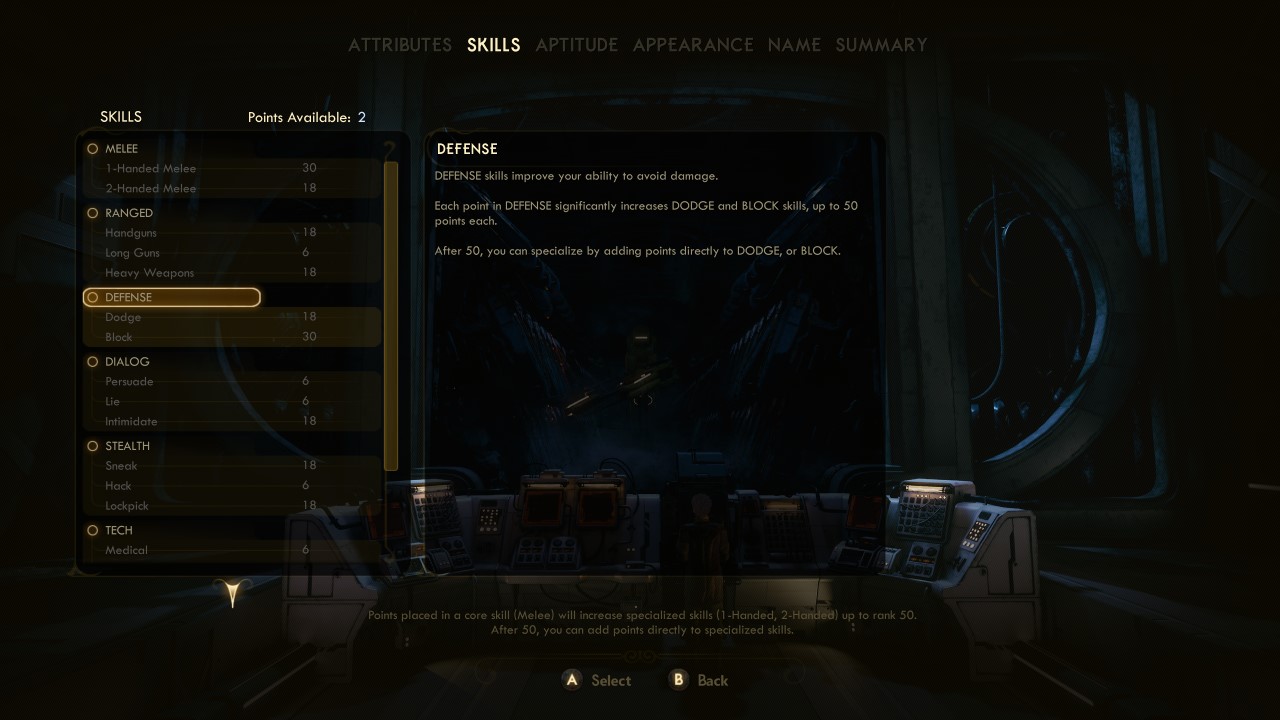 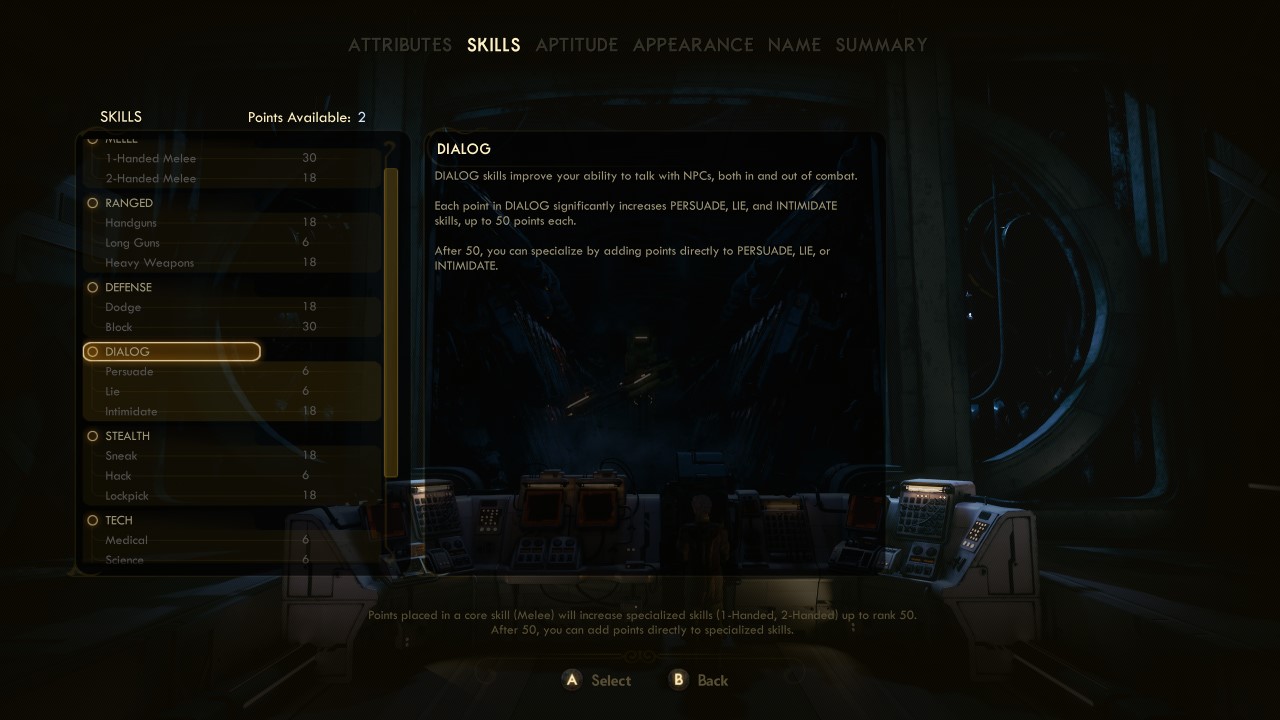 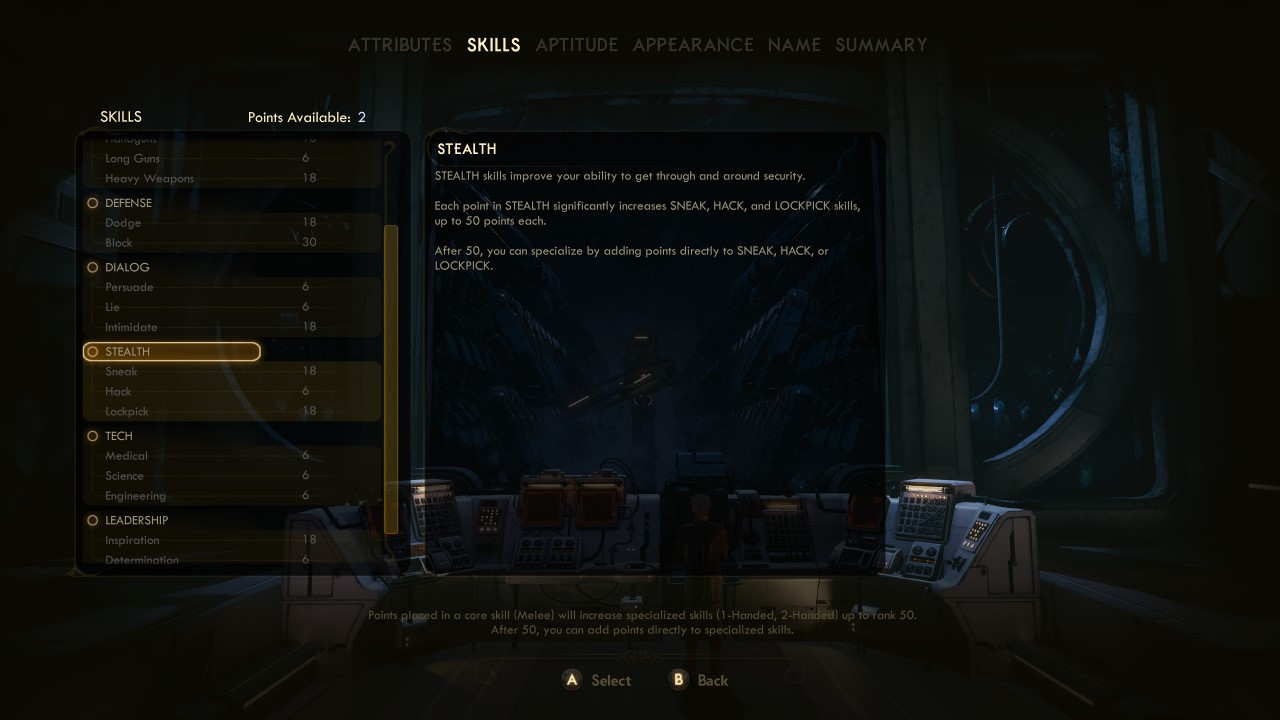 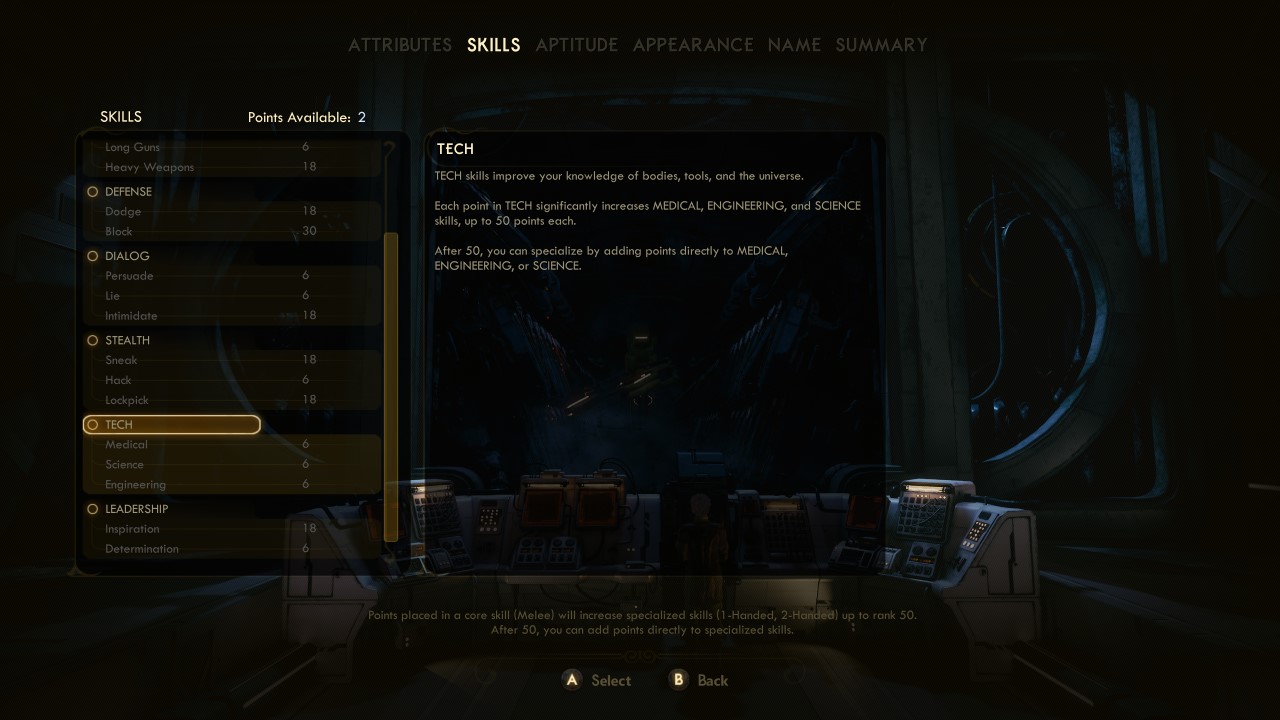 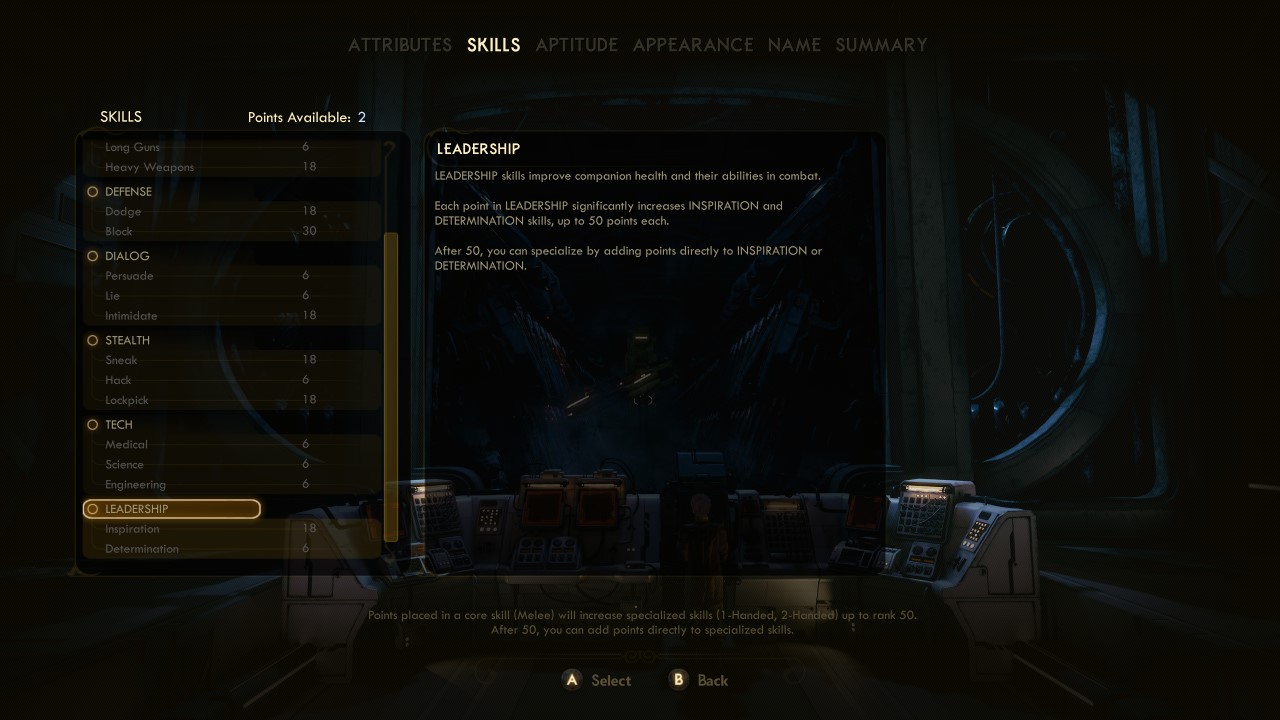 There stands a healthy amount of choice within The Outer Worlds skills: not only do you get base stat increases, but the additional passives and abilities that can be unlocked within each specialized skill allow you to fine-tune and round out your desired build. You can respec in-game (at an increasing cost), so don’t be too afraid to experiment as you play.

Increasing attributes via armor, consumables, and status effects can also increase or decrease the skill points within that attribute’s associated skills, but do bear in mind that these boosts do not apply towards the specialized skill unlocks. You’ll get the basic statistical boost and bonuses to skill checks, which aren’t bad, but don’t think you can use that +1 Strength melee weapon to push yourself into the next skill unlock: you will need to do that via skill points earned from leveling.