More than just a madman. 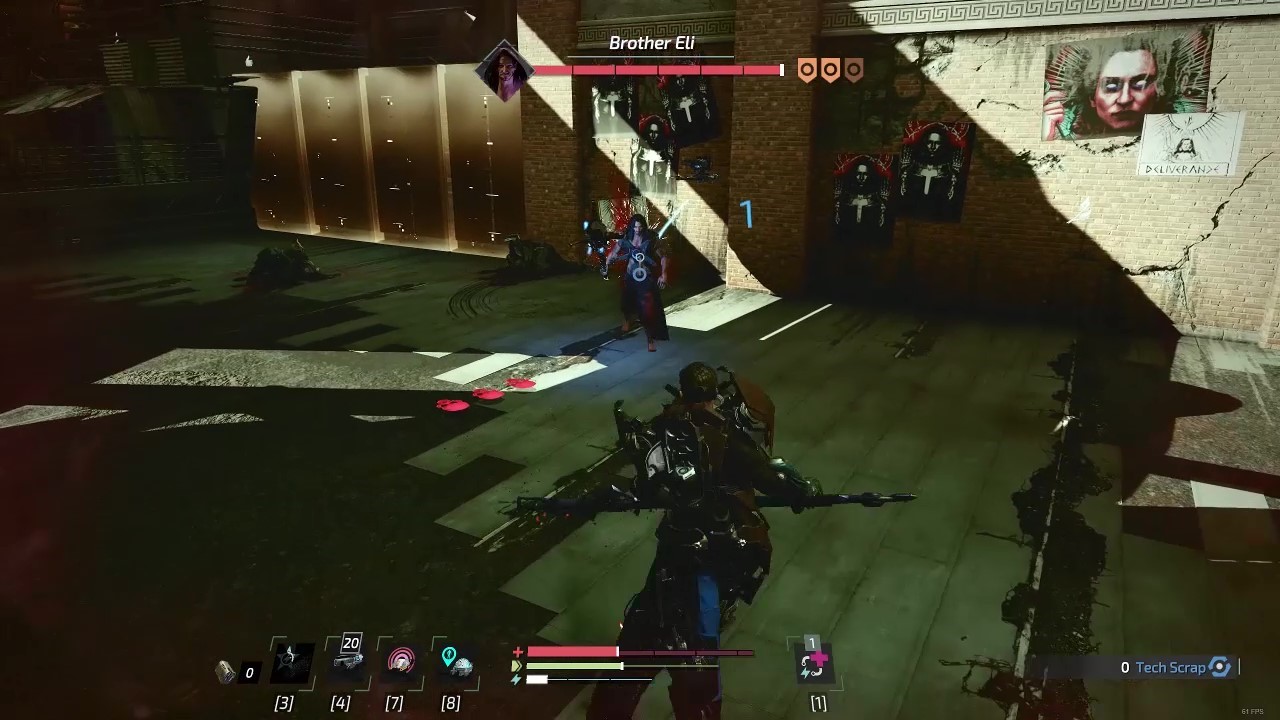 Brother Eli is a quick, agile attacker who does not let up on the offensive, but with this How-To guide you will easily put the mad cultist down.

Try and keep your distance and let Brother Eli finish his attack combos. Once he is done swinging at you, dash in for a couple quick attacks. Use charge attacks if you need the battery, but focus more on regular attacks to keep him from starting another attack while you are nearby. He can be directionally blocked, and it only takes three to stagger, but you will need a health amount of stamina seeing as he chains attacks together in rapid succession. If you want to go for bonus damage, Eli is weak to both fire and electricity (more on that below).

At half health he will summon two minions to assist him in battle. They have weakpoints that can be targeted: focus on the minions before re-engaging Eli. Use your drone to melt their health away if you have the ammunition. They can also be baited into the back corner with the dead government bodies, but bear in mind you can find yourself corned and restarting the fight if you try and cheese the boss this way. Like other enemies in Port Nixon they are easily enraged, so taking them out quickly is of the highest priority if you don’t want three enemies pile-driving you simultaneously.

After the minions are down, Eli will continue with the same attack pattern, so once again allow him to exhaust himself before dashing in. If he is proving too overwhelming, your new EMP drone can be used to temporary interrupt him, and if paired with an electric weapon, – like the Punish Slashbrand – you can build up enough electrical damage to stun him, giving you a few seconds to bash his skull into his rib-cage.

Once you take Brother Eli down you’ll be given an echo to view, and can now safely return to Starfish Court.

The Surge 2
We're Looking For Contributors