The Surge 2 – How to Beat The Delver

The first nanite monster holds nothing back. 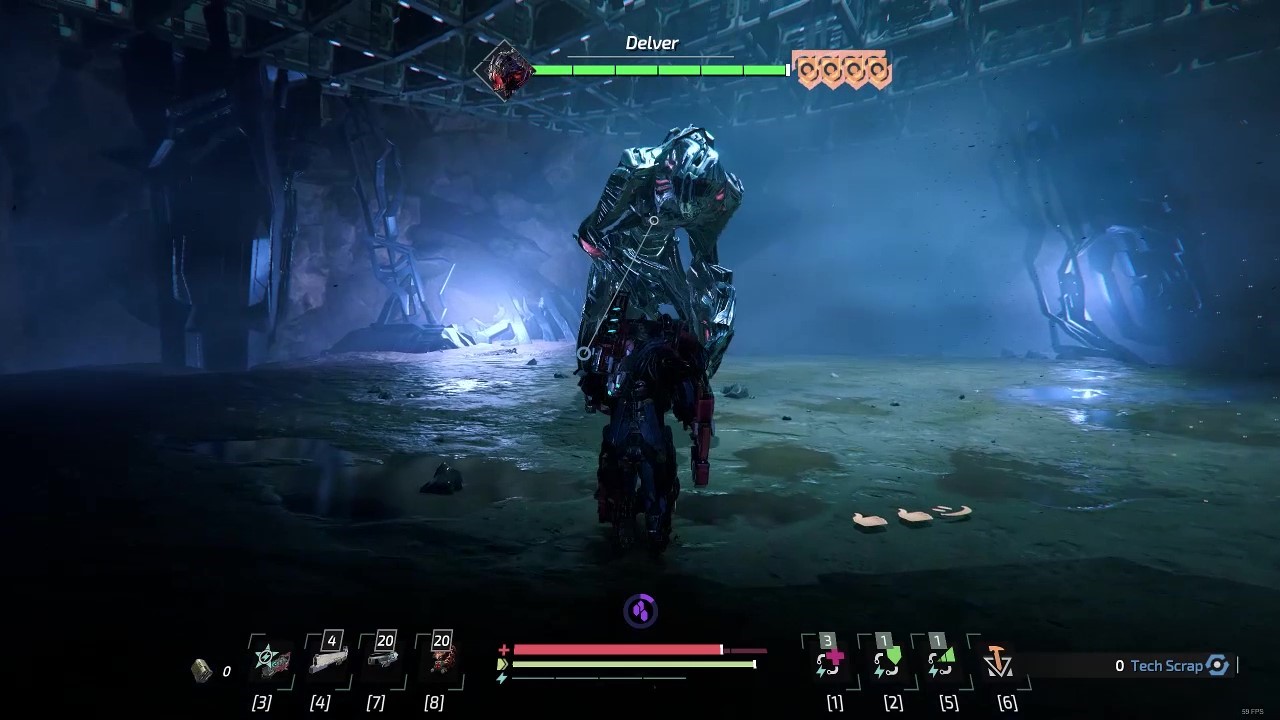 The Delver is a multi-phase nanobeast packing a premium punch, but with this How-To guide you’ll put this monster down for good.

The Delver has three phases, with the first being rather simple. He is weak to posion, if you’d like to expedite this fight. He performs three easy to follow swipes, all of which can be parried. Focus on his unarmored legs to deal additional damage, and either block the swipes, or dodge out for a dash attack after the third swipe. He will burrow underground during this phase, but simple side-strafing will put you out of harms way. The third burrow he will leap out of, so either be ready with a block, or dodge out of the way as he leaps (though, blocking seems to work best).

After you deplete his green health bar The Delver will enter phase two. Here he is more aggressive, but easily baited. You’ll need to break the armor on his legs during this phase, but it takes only a couple charge attacks make him vulnerable again. He will do a running charge attack that is best dodged, and if you keep your back to a wall you will be near enough to him to close the gap and deal damage as he is temporarily staggered. You can continue to block his swipes here, with it only taking three to knock The Delver on his ass for massive damage, but it will be harder due to his penchant for rushing.

The Delver will periodically turn into a nanite cluster and take to the ceiling to fire projectiles at you. He is immune during this, so save your drone ammo. Strafe away from the projectiles, and after the third volley he will crash back onto solid ground. He will be staggered for a moment after landing, so bait him towards a wall to keep him close when he lands. Do note: the projectiles create clusters on the ground that will heal The Delver is they are not destroyed. Try and destroy these clusters as you are strafing those being lobbed at you.

Once the purple health bar is burned down you will enter phase three. Phase three is the hardest part of the fight, due to The Delvers new penchant for nano attacks. A Nano-Purge Injection implant will be helpful during this phase. The Delver will launch nano attacks, charge at you, and spin-swipe you. These attacks will leave glittering pools of nano damage, so kite him away from these if possible. He will regenerate armor on unarmored limbs, but the focus here will be his arms: they will create nanoweapons that increase and augment his attacks. Breaking them not only slows down his attacks, but breaking both will heavily stagger him, allowing you to pummel him with impunity. Directional blocking can be used, but it takes five to stagger, so focusing on The Delver’s arms after they spawn nanoweapons should be the focus. Breaking a leg is advised if there are no nanoweapons spawned.

Once defeated he will drop the Nano Brain quest item, as well as the Helix of the Delver weapon.

Home / Game Guides / The Surge 2 – How to Beat The Delver