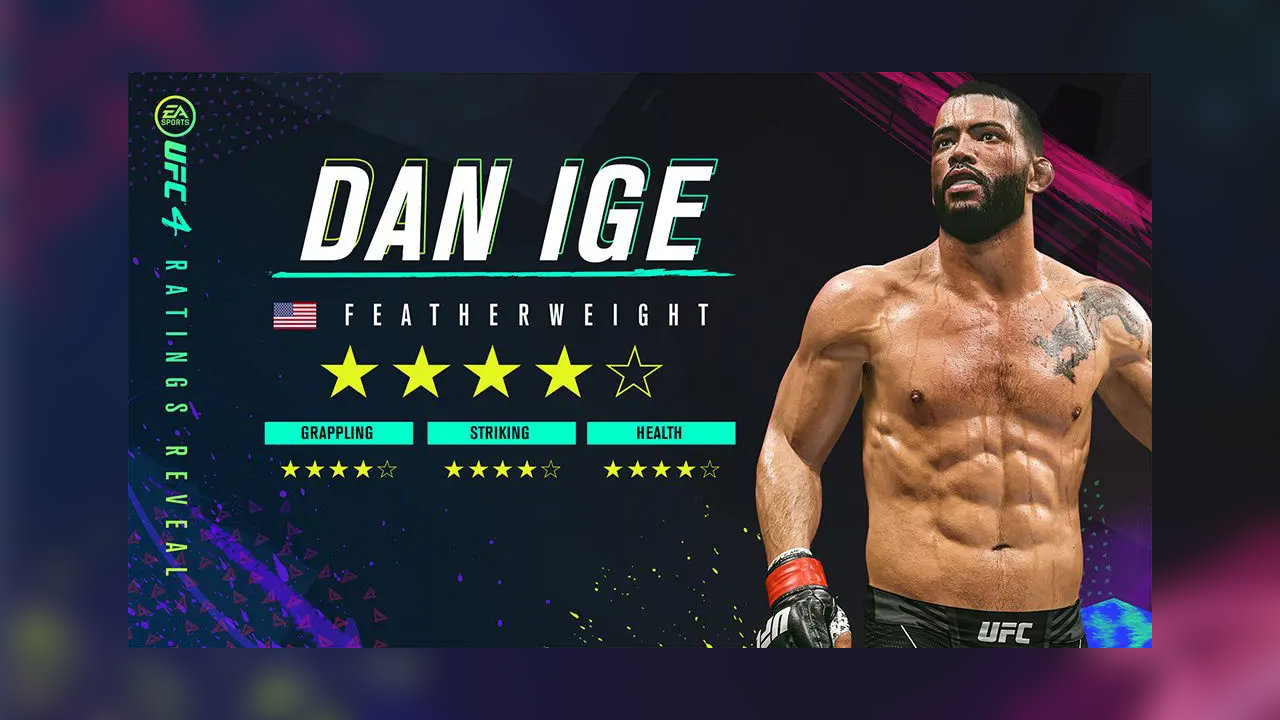 Update 11.00 has arrived for UFC 4, and here’s the full list of changes and fixes added with this patch.

The newest update 11.00 may not be bringing a lot of new content, but it does include two brand new fighters and some visuals changes to already existing ones. Dan Ige is joining the roster and for the female fans, Viviane Araujo is also available with this patch.

Changes and improvements added with this update were based on community feedback, showing the constant attention the team behind UFC 4 pays to their loyal players. Everything added with this patch is welcome, and if you haven’t downloaded it already, go ahead and do so in order to throw Dan Ige and Viviane Araujo into the ring.

“Dan Ige makes his entrance to the digital octagon this month. Currently, Ige is the 8th ranked Featherweight in the UFC. Ige sports a 4-star overall rating including 4-stars for grappling, striking, and health.”

“Veteran fighter Viviane Araújo makes her debut sporting a 4-star overall rating. As the 7th ranked Women’s Flyweight, she is lead by 4.5 stars in health and 4 stars for grappling and striking.”

UFC 4 is available on PlayStation and Xbox. For more information about the game, make sure to check the official website.