Warframe – How to Get New Warframes

Take down the system's worst foes for new frames. You’ve maxed out your starter Warframe, and you are ready to play with a newer, fresher Warframe; you just don’t know where to get one. You’ve looked in the market and balked at the Platinum price: this damn game is pay-to-win! Actually, it’s not, cause every Warframe is easily obtained by playing the game. Well, most are easy – Harrow and Nidus, I am looking at you two. Jokes aside, farming a frame requires a little bit of patience, some materials, and a little bit of grinding the same boss for three different parts. Are you up for it, Tenno?

I’ll be up-front here, not every frame is earned this way, with quite a few being locked behind either a quest, or some esoteric grind. Those frames, however, are in the minority, and for new players progressing through the Star Chart, they will find the majority of available frames are a moderate grind away.

Whenever you find yourself on a new planet, push towards the Assassination mission. With a few minor exceptions, you will always earn a Warframe component upon finishing the mission: a chassis, neuroptic, or system. The boss will drop components for one frame in particular, so the focus is to get all three. Once you have a chassis, neuroptic, and system, you can bake them at your Foundry. Each piece will take 12 hours to complete, so this is where patience comes into play. 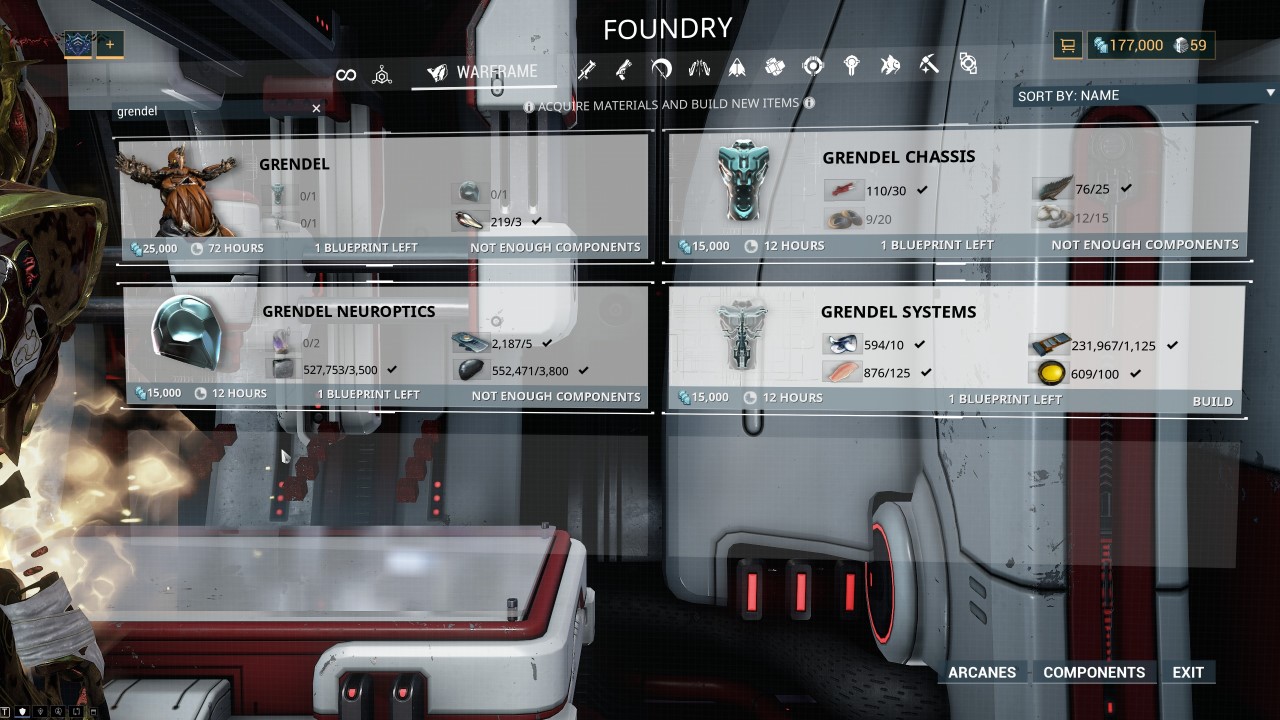 Once they are properly baked, go ahead and go to the market in your menu or orbiter, and buy the blueprint for that frame with credits. Yes, you will see the frame for sell in exchange for Platinum: these are completed frames, but like everything else in Warframe, they are powerless without mods. After you buy the blueprint, return to your Foundry, and use the three finished components (and a fourth material, as specified) to complete the Warframe. THIS will take 72 hours – yep, three days, but you can bake multiple frames and weapons at the same time, lining yourself up with a proper payday of new toys when the timers expire. This also frees you to farm missions for resources needed to bake other frames in the future.

There are also quests in Warframe, like Hidden Messages, that will reward you with Warframe blueprints as you complete them, so be sure to take these on as you unlock them.

Furthermore, if you wanna farm Prime Warframes, just farm relics and eventually pop them in relic fissure missions. There is more to it than that, and it will require some focused farming (Tenno Zone will be your friend), but they are another avenue towards acquiring a new frame (and Prime frames come with slightly better stats and mod polarizations than their base models).

That’s the basic way to get new Warframes in, well, Warframe. There are some wonky ones, sure, but you certainly don’t need to buy them with real money. Just hit up Assassination missions, grind out the parts, bake them, then bake the final frame. Ta-da, new murder toys. For more guides, like how to trade or earn plat, and even level your mastery rank (like, say, with all these new frames you are farming) stay tuned here at Attack of the Fanboy.

Home / Game Guides / Warframe – How to Get New Warframes