You can technically toggle your mask whenever. Technically. 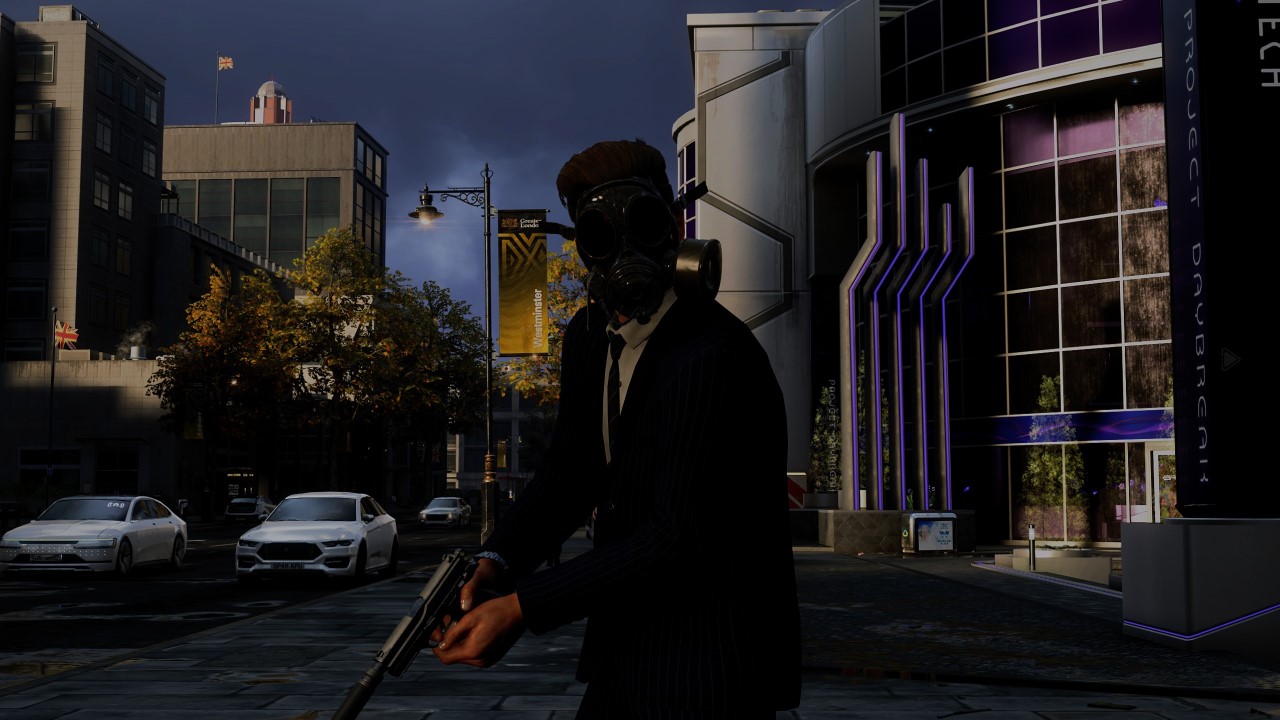 Watch Dogs: Legion is a stealth-game at its core, and because of this your operative will hide their face with a mask whenever it’s time to create some mayhem. There are a couple of ways to toggle your mask, though you sadly can’t toggle it on a whim. At least, not without repercussions.

You toggle your mask whenever you draw your weapon or enter a restricted area in Watch Dogs: Legion.

There’s no way to manually toggle your mask whenever you want within Watch Dogs: Legion. You need to either draw your weapon (which will automatically toggle your mask), or enter a restricted area. Drawing Albion’s attention via some ass-kicking street justice will also toggle your mask (you wear it whenever your alert level is one or above). Essentially, if you are wearing your mask it indicates to the world at large that you are up to no good.

Now, there is this unsubstantiated Reddit post claiming Ubisoft may look into the feature, but take it with an extreme grain of salt until we hear something from an actual official source. In the meantime, you’ll need to draw your weapon to toggle your mask on, and holster it to remove it. There’s one small problem with this method: if any police officer or Albion grunt sees you with a weapon drawn you’ll draw their lead-infused attention.

If you don’t mind your operatives being arrested or rushed to the hospital with grave injuries then by all means, draw that non-lethal Dedsec pistol and rock your favorite mask, you fashionista. God save you if you’re playing on permadeath, where your poor operative can actually die. Hopefully Ubisoft does add a proper toggle sooner rather than later. There are a variety of masks scattered about near-future London, and it would be nice to casually rock one when not actively attempting to liberate the city.