Watch Dogs: Legion Release Time – When Can You Download the Game?

When can you start playing Watch Dogs: Legion? Watch Dogs: Legion is releasing soon, and here’s when you can download it. This game ditches a main protagonist in favor of random NPCs that you can recruit to build up the ranks of DedSec, and each character has their own unique abilities and weapons to really make your team feel like your own. You’re pitted against the militaristic Albion, who has been put in charge of London’s security following a devastating series of bombings that you’ve taken the blame for. It’s a great time, and there’s a lot to see and do in this futuristic version of London.

Watch Dogs: Legion will be available for download on Thursday, October 29 at 12:01 AM local time in all regions. If you’re on PC or Google Stadia, the game will unlock at a slightly different time. We’ve listed the specific launch times for every platform below. 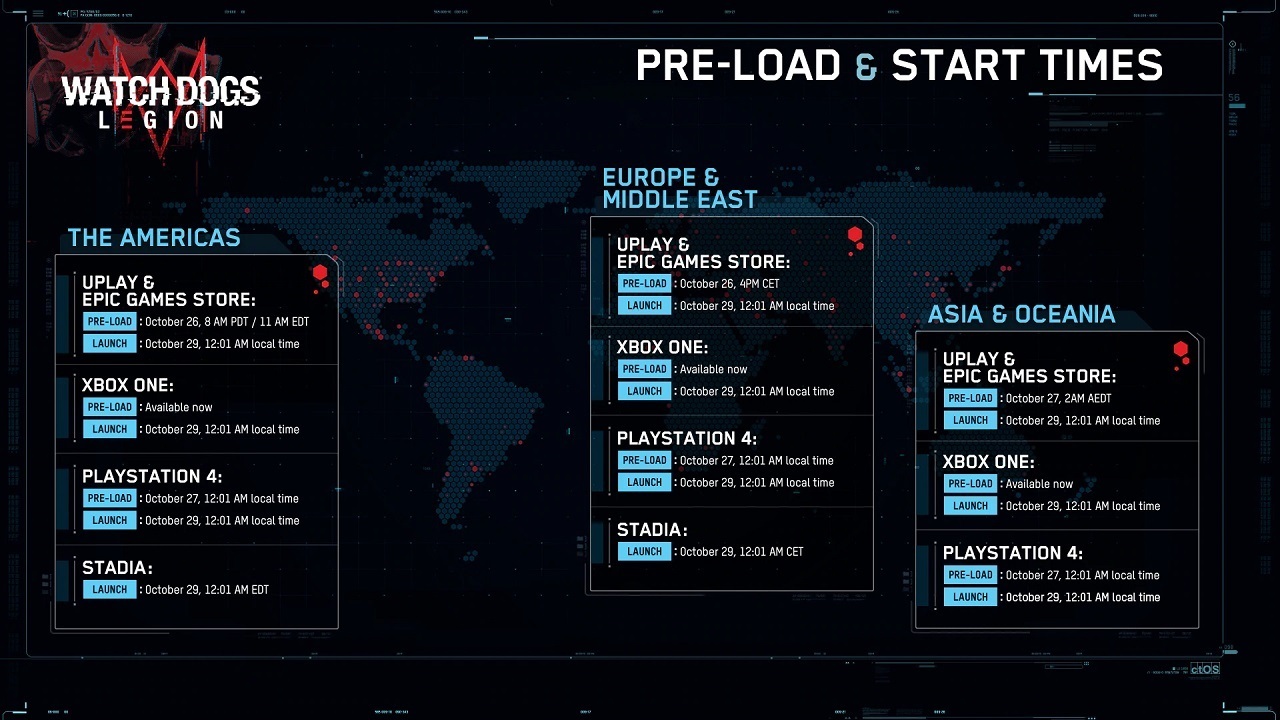 The game lets you recruit anyone off the streets of London, and this ambitious system makes it feel truly unique. In our Watch Dogs: Legion review, we called the play as anyone system “one of the most innovative mechanics to come out of this generation,” but we also felt that “the story suffers greatly because of this system, and the repetitive missions don’t help either.” There’s still a lot of fun to be had in this futuristic version of London, however, and fans of the series have a lot to look forward to.

Watch Dogs: Legion will release on October 29 for PC, PS4, Xbox One, and Google Stadia. The game will also come to next-gen systems once they release in early November.