World of Warcraft Shadowlands: How to Unlock Legendary Crafting

Craft the Legendaries you want. 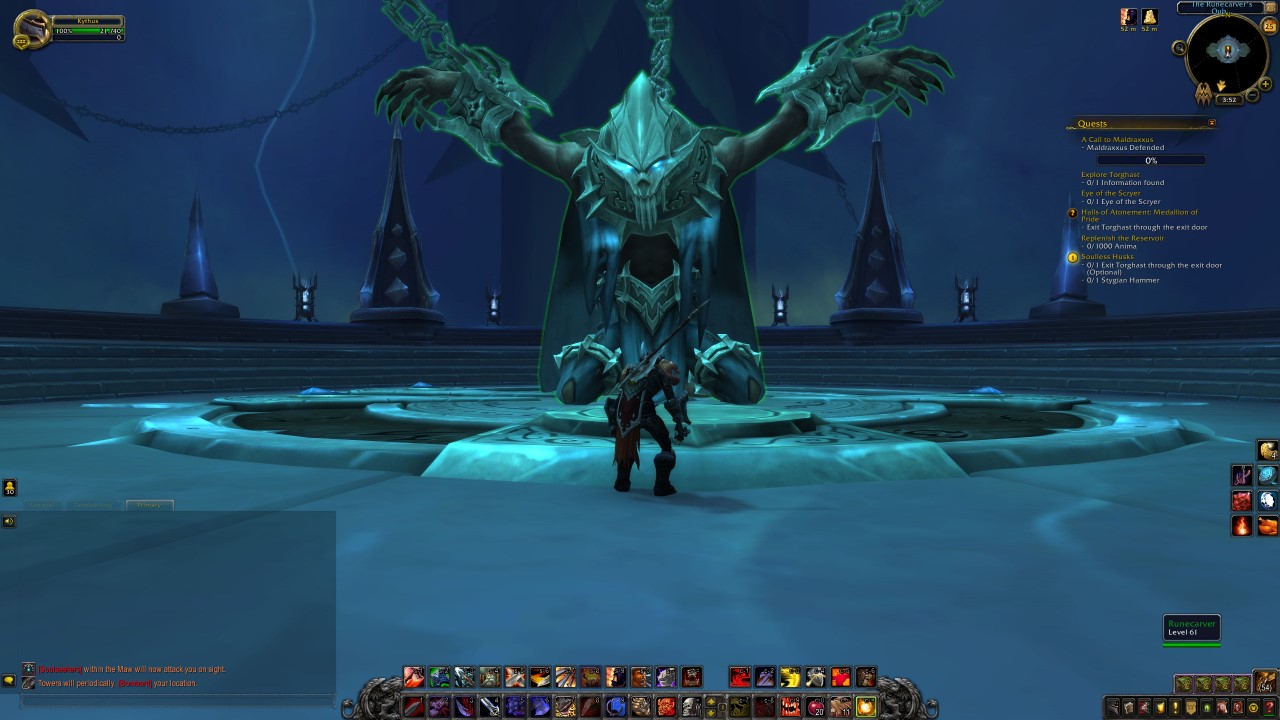 Legendary Crafting will be an important part of the endgame grind in World of Warcraft Shadowlands, and whether you’re a crafter or not it’s worth your time to unlock the system. Being an endgame feature you’ll need to work your way through Shadowlands’ campaign and hit level 60. From there you’ll have some questing to do before you unlock access to the Runecarver and Legendary Crafting.

Legendary Crafting in Shadowlands is unlocked after clearing the Torghast campaign chapter and farming 1250 Soul Ash.

Once you’ve reached level 60, cleared the campaign, and picked a Covenant you’ll kick off the next stage of Shadowlands’ campaign. The first chapter is basically a tutorial for your Covenant and the endgame systems within Shadowlands, and the largest barrier to your campaign progression will be the quest to farm 1000 Anima. While this will become a weekly task that’ll increase your Renown, it’s mandatory at this stage if you wish to push deeper into the campaign to unlock Legendary Crafting.

Once you’ve deposited 1000 Anima into your Covenant’s reservoir you’ll move on to the Soulbinds tutorial, then be directed back to Oribos. Bolvar and company will task you with returning to the Maw, which will kick off chapter 2 of the campaign. This chapter may be titled “Torghast”, but it’s also a tutorial for the Maw itself. You’ll meet up with Ve’nari and she’ll ask you to clear a handful of quests that’ll introduce you to your second weekly Renown quest and basic features within the Maw. Don’t go crazy just yet and max out your Eye of the Jailer, otherwise you’ll have to come back another day to fully complete some later campaign quests for Legendary Crafting.

Once you’ve knocked those out she’ll point you towards Torghast. You’ll have a quest within, and you’ll need to complete at least 1 layer in either of the available chambers to progress the campaign. You should stumble upon a key to the Runecarver’s chamber that’s to the immediate right of Torghast’s entrance, and you’ll be given a quest to venture within. 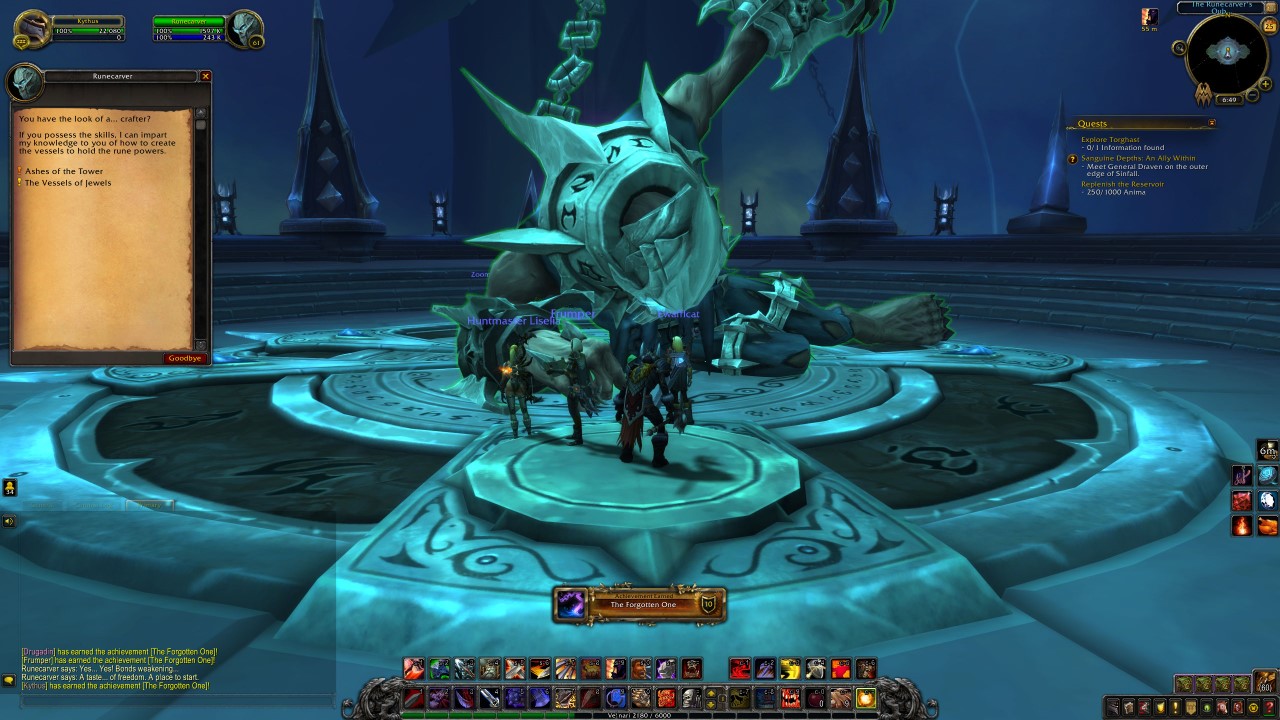 Once inside talk to the Runecarver. You’ll need to kill an enemy within the Maw to retrieve some of his memories, and then you’ll be tasked with farming 5 embers from the fire “elementals” within the Cauldron. This is why you’ll want to keep your Eye of the Jailer low: max it out during the first few quests and you won’t be able to complete either of these two quests until the following day. After you’ve returned to Ve’nari with the embers you’ll be able to buy a quest item from her. Return to the Runecarver and “free” him from at least one of his shackles. He’ll then provide you with two quests, though one isn’t mandatory for unlocking Legendary Crafting proper (it does provide your Legendary Crafting component recipes if you so happen to be a crafter).

You’ll then be tasked with farming 1250 Soul Ash from within Torghast (“Ashes of the Tower”), and clearing this quest will unlock Legendary Crafting in Shadowlands. Until the second set of layers become accessible on December 8th this will take you two weeks to complete. Currently you can only clear the first three layers of the two chambers available, meaning you’ll cap at 810 Soul Ash for the week. You can technically farm Soul Ash in small quantities from the Adventure table, but only from high level missions that you won’t have access to for a while. I.E. clear all 6 available layers if you want to unlock Legendary crafting within two weeks during the early days of Shadowlands.

Once you’ve returned to the Runecarver with the Soul Ash you’ll unlock Legendary Crafting. You’ll need a base Legendary component created by a crafting profession (like the neck and ring made by Jewelcrafters), have learned a Legendary Power (these drop all over the Shadowlands, though clearing layer 3 of each chamber seems to be a solid way to earn two early on), and possess the requisite amount of Soul Ash for the Runecarver to create your Legendary.

That’s right: you will have to farm Torghast if you plan to craft Legendaries. Simply interact with the Runecarver to bring up the crafting interface once you have everything, and craft the Legendary you’ve been farming up Soul Ash for. If you are not a crafter expect to pay good money as time goes on for Legendary components. I recommend leveling a crafting class if you haven’t already to save some gold.