World War Z – What Are the Classes, List of Available Classes

Proper teamwork is the difference between life and death. 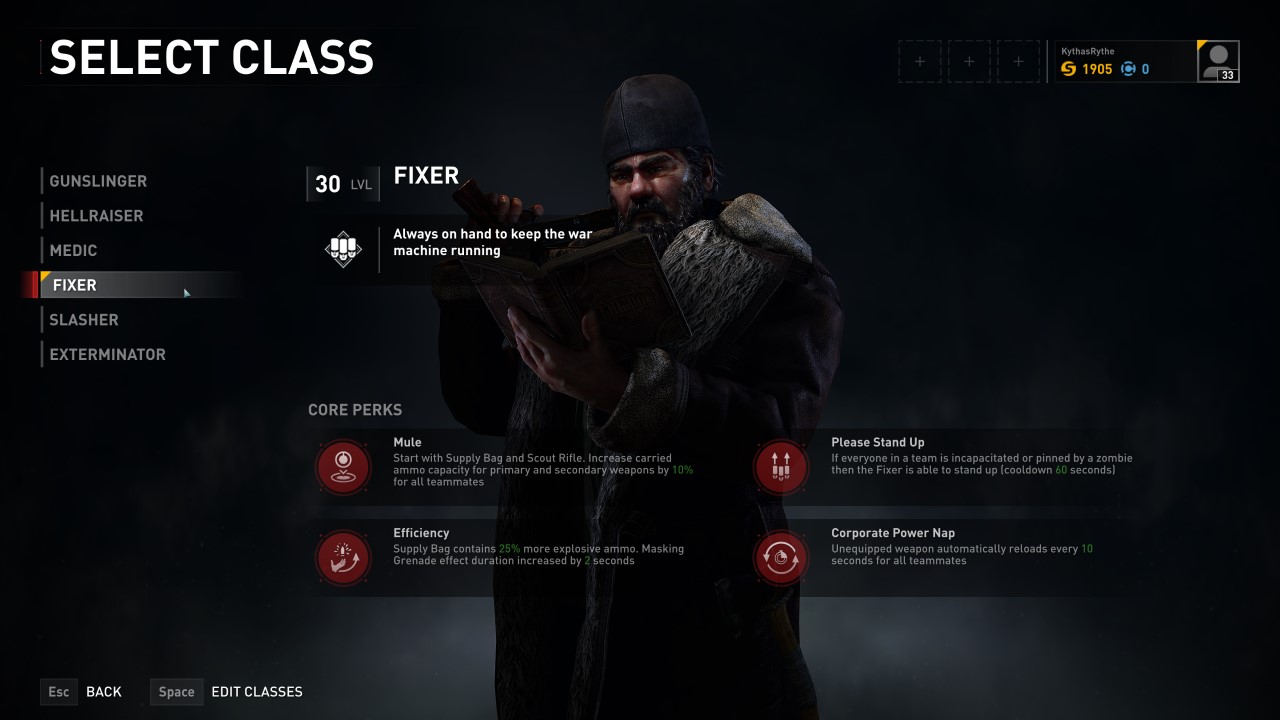 World War Z has six classes for players to choose from, and these can be picked with absolute freedom. Classes are not married to characters in the game, so players are encouraged to pick and specialize within a class to better assist their team with survival and success. Classes can be picked while queued for a mission, though they can be customized at anytime outside of a match.

Classes are leveled up by playing the game: completing or failing missions will earn you class experience, and the harder the mission the more experience earned. As classes level they will unlock additional perks for use, and can eventually prestige for additional primary perks that change how they play. Outside primary perks, all secondary perks must be purchased with Supplies earned in-game before they can become active. There is a full guide on that process here.

Below are the six classes in World War Z, and a brief synopsis of their roll.