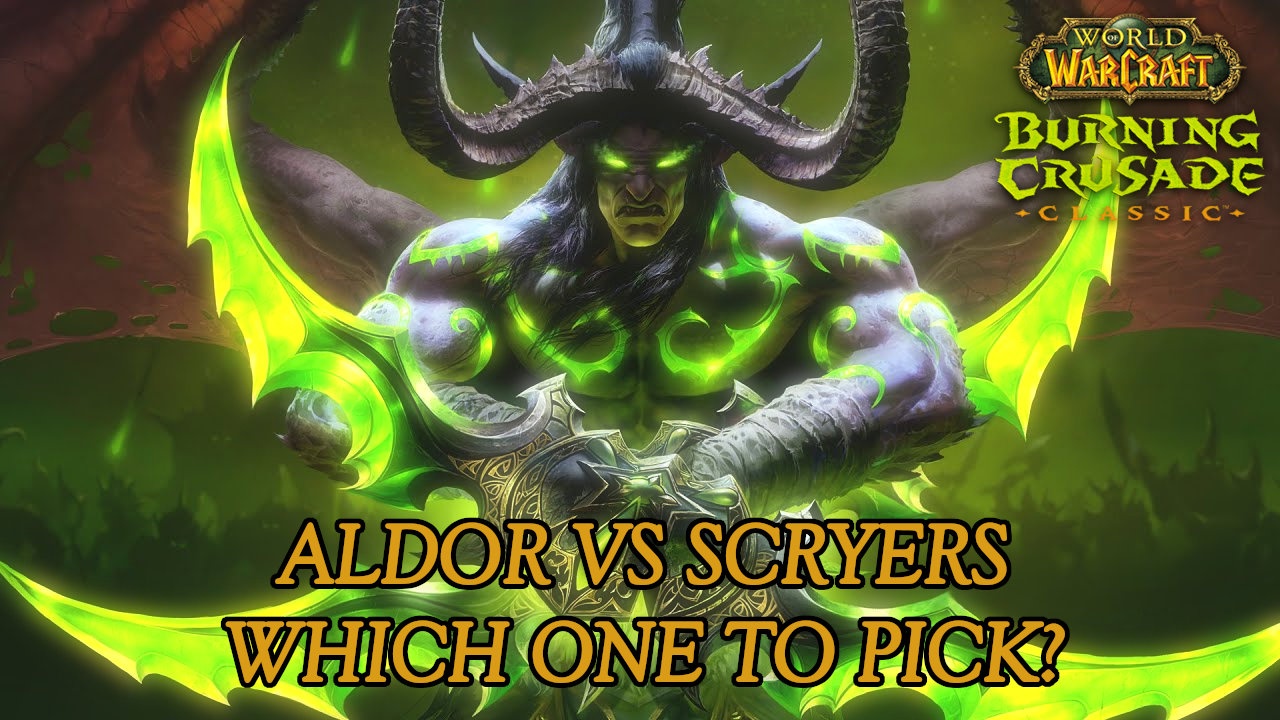 You will have a lot of things to do in WoW Classic TBC (The Burning Crusade), and choosing which faction to follow, Aldor or Scryers, will be one of the many choices you will make during your adventure in Outland. These are two brand new factions introduced in the Classic expansion, and you will be able to choose a side after you reach Shattrath City, the main hub of Outland. take a look below to see everything you need to know about these two groups.

Which faction should you choose in WoW Classic TBC (The Burning Crusade), Aldor or Scryers?

Before we begin, let me just add that you can actually change a faction, even if you originally picked another one, but it will cost you a lot of effort and time, hence it is not suggested. Make sure that the one you pick, will be the one that follows you through your whole journey in WoW Classic TBC.

With that said, let us proceed. You can earn reputation for both teams in a similar way. Completing quests for the respective faction or hand in their trademark resources. Those are Sunfury Signets and Arcane Tomes for Scyers, and Marks of Sargeras and Fel Armaments for Aldor.

Since raising their reputation doesn’t have much of a difference, the actual dilemma you will have, will be based on their benefits to your class. If you don’t care about that though, you can go all-out for lore and choose the one you prefer the most, based on their values and ideology. I’d stick with class boons, but it is your choice in the end.

Those benefits come in various forms, like different enchants and gear you can get as rewards. Each faction has their own unique items to provide to anyone who raise their reputation enough, so it’s good to actually take a look at what they offer, before even deciding. If you want the short version, Aldor is better for melee DPS classes and Tanks, while Scryers lean towards healers and casters. It really depends on the class though, as there are a few exceptions, so below I will be sharing the Armory data of 2007-2008, in regards to what players preferred during the original release of The Burning Crusade:

If Blizzard doesn’t change anything as to what Aldor and Scryers offer as rewards, which I highly doubt they would do, then this info should be relevant even now. Also, you can actually not pick any of them as you progress through WoW Classic TBC, but there isn’t any reason to do so as you will be losing a lot of potential nice goodies. Plus, you can even get an extra Tabard depending on your choice, which is always a nice bonus to this whole decision-making.

WoW Classic TBC (The Burning Crusade) is available on PC, through Blizzard’s Battle.net client. For more related content about the game, make sure to check our guides right here.